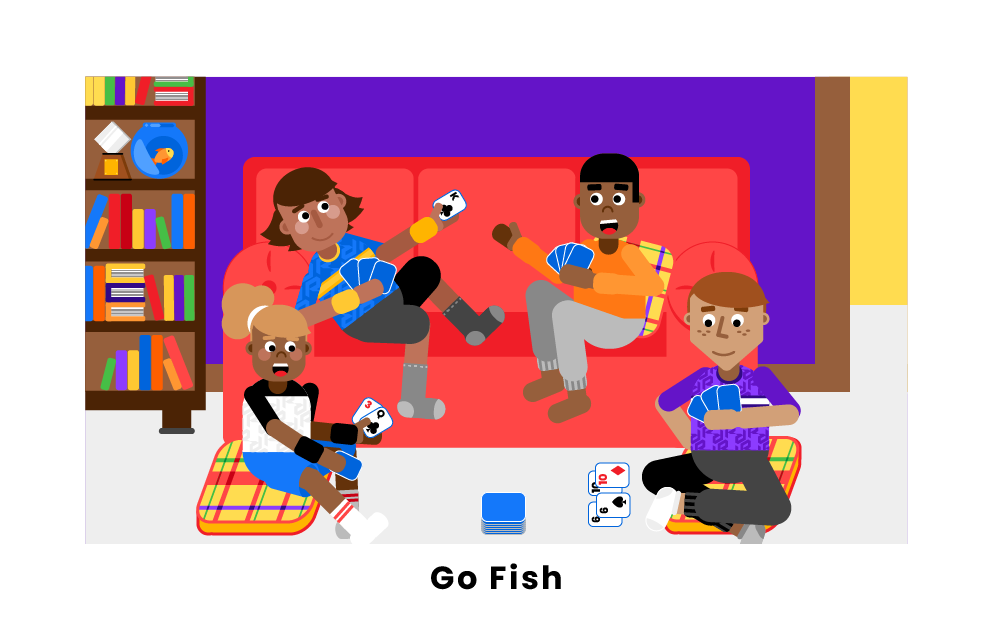 Go fish is played with a standard 52-card deck.

Each player is dealt their cards face down.

The amount of cards each player is dealt depends on how many players are in the game.

Once the cards are dealt, each player gets a turn going around the circle of players.

When it’s a player’s turn, they look at an opponent and ask for a certain card. For example, they may ask for the opponent’s Jacks.

If the opponent has the cards, in this case Jacks, they must give them to the player, and the player gets to ask either the same or another player for their cards.

As long as the player keeps getting cards from other players, their turn continues.

Once the player gets four cards of the same number, they place those cards face-up on the table.

When they ask for a card, and the opponent doesn’t have any, they say “go fish,” meaning the player must take a card from the stack of cards, and the turn passes to the player next to them.

Once one person lays all their cards on the table, the player with the most sets of four wins the game.