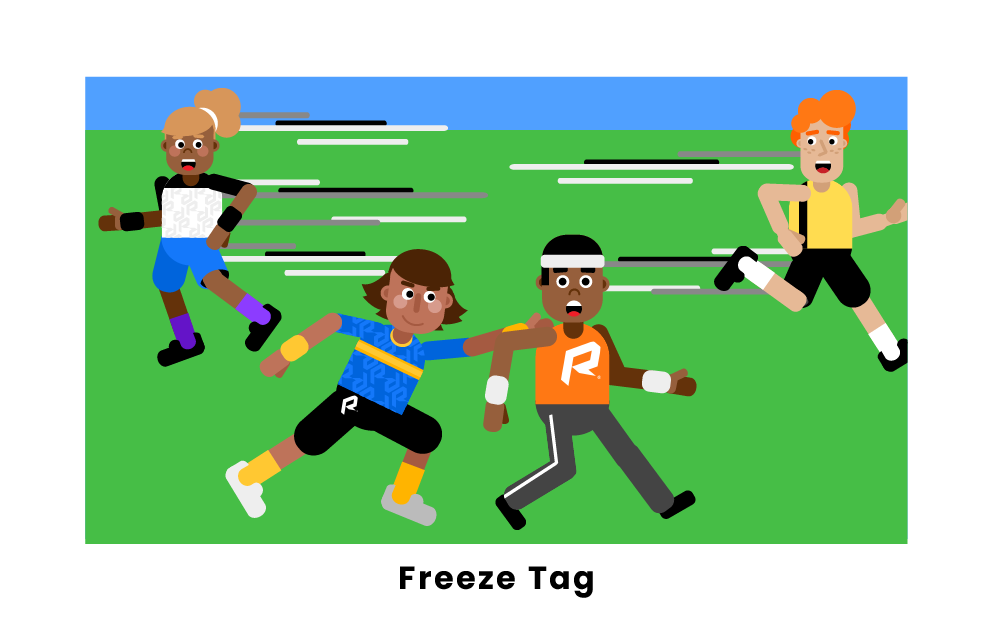 Freeze tag can be played with at least four people, but is fun with many more.

First, gather your players and find a large, open area.

Freeze tag can be played inside, but it is usually better to play outdoors.

Select two players to be “It.”

Next, everyone spreads out across the playing area.

The leader of the game gets to decide how everyone moves across the field.

The leader can make players run, hop, skip, or anything in between!

When the game begins, the two players who are “It” have three minutes to work together and tag everyone who is not “It.”

When a player gets tagged, the person who tagged them shouts, “Freeze!” and they must immediately freeze in place.

Players who are frozen can be unfrozen if they are tagged by the other players, who say, “Unfreeze!”

In some forms of freeze tag, players can only be unfrozen if they are given a double high-five by one of the other untagged players.

If the two “Its” freeze everyone before the three minutes are up, they win!

If the two “Its” do not freeze everyone before the three minutes are up, the other players win!