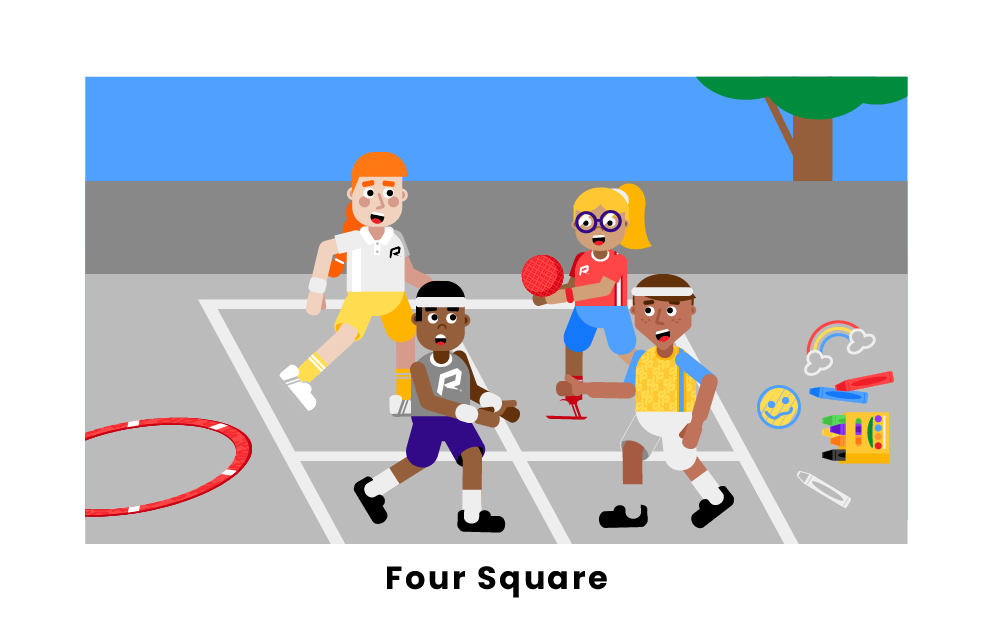 Foursquare is played on a 10 by 10 foot court containing four squares.

Each square has a different rank and name.

The lowest rank is Jack. This is where new players enter the court.

Right next to Jack follows the Queen square.

Diagonal to the Queen is the King square and next to King is Ace.

Ace is the highest rank and most desirable.

The objective of the game is to use the rubber ball to eliminate other players by bouncing the ball back and forth between squares.

The ball can only bounce in each square once.

Once out, the player goes back in line and begins at the Jack square again.

The remaining players move up a rank and advance to the next square.

To win the game, remain in the Ace square for as long as you can.