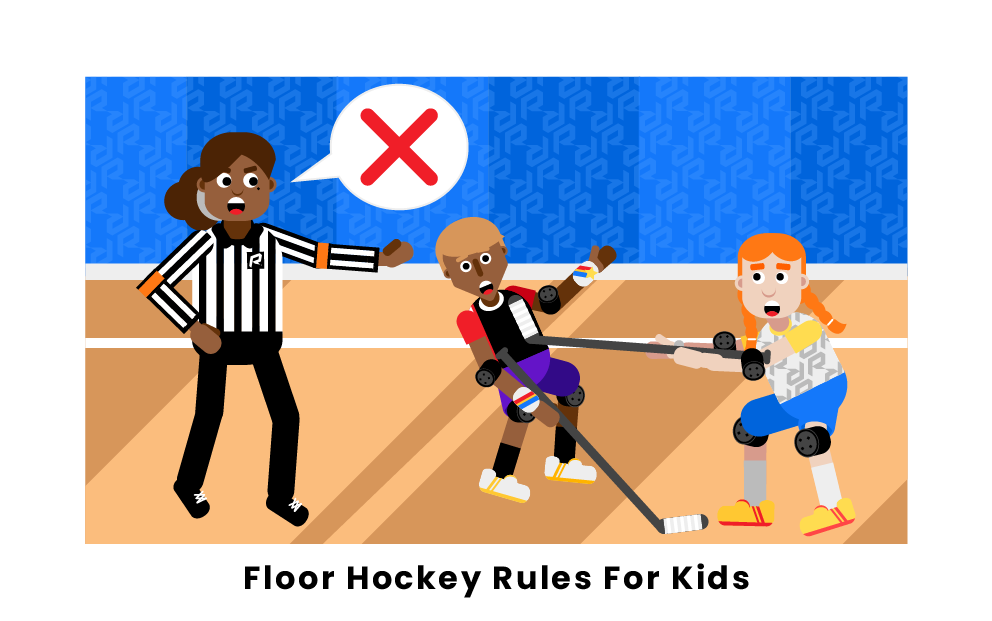 Floor hockey is a way to play hockey inside.

It is best to play on indoor hard surfaces, like a basketball court.

Anyone can play floor hockey.

Floor hockey supplies can be bought from sporting goods stores.

Floor hockey is played with a plastic puck.

To play floor hockey, each player needs a stick. A stick is used to hit the puck.

Floor hockey teams usually have five players and one goalie.

Goalies are special players who keep the puck out of their team’s net.

There are two nets, one for each team.

Each team tries to score a goal by hitting the puck into the other team’s net.

The games are divided into three periods. Each period is 15 minutes.

The team with more goals at the end of the game is the winner.