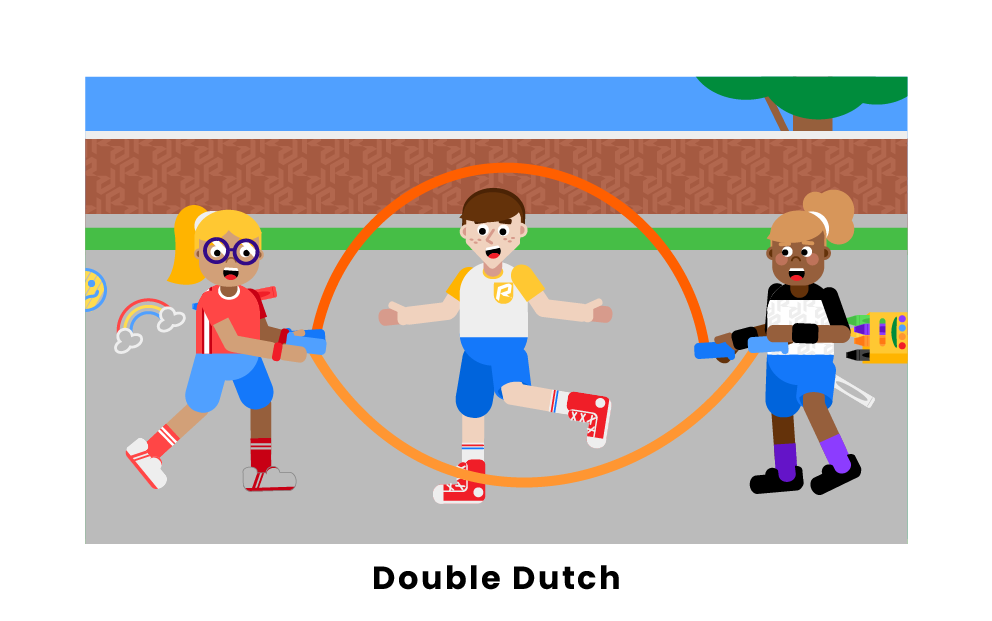 Two jump ropes are used, and two people hold each end of the jump ropes.

The jumper stands in the middle of the holders with the outside of their foot next to the jump rope facing one of the people holding it.

To play, the two people holding the jump ropes turn them at the same time in opposite directions.

The jumper has to jump over the ropes as they turn around them.

The jumper’s turn is over when their foot hits one of the ropes and stops it from turning.

A song or chant can be used during the game.

If the jumper is still going when the song or chant ends, the jumper’s turn ends.

Variations can be added to make the game more difficult, including jumping on one foot, picking up an object, or jumping so that both ropes pass underneath the jumper’s feet.