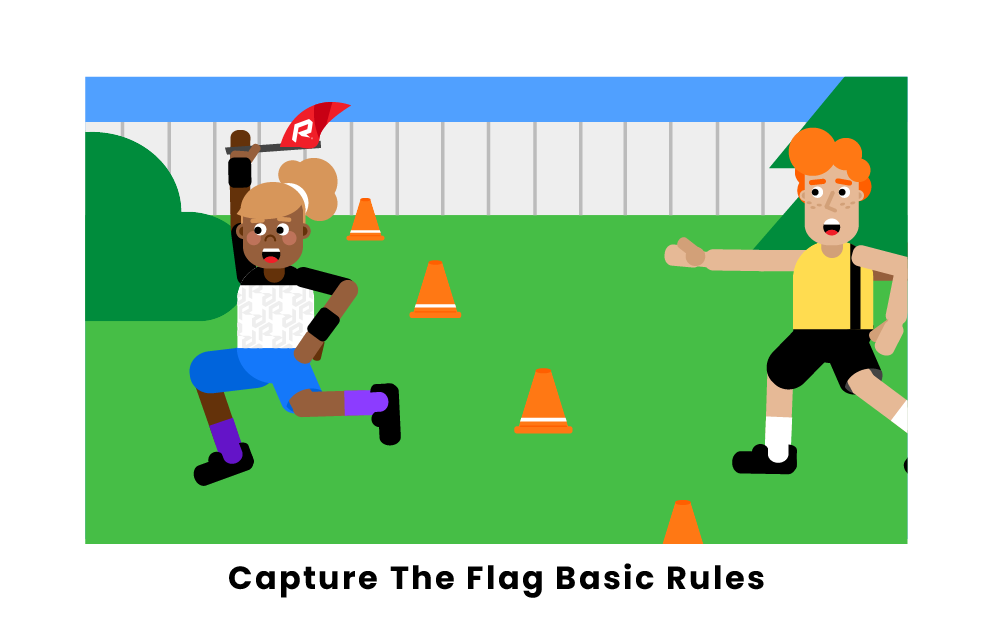 Capture the Flag is a game that requires a large group of people, usually around ten or more.

Divide the players into two to four teams, each with an equal number of players.

Give each team a “flag” for their team.

Flags can be made of anything you want, such as a bandanna, T-shirt, or even a bean bag, but they should be brightly colored and easy to see.

Divide the playing area into two zones, one for each team, and pick a space for each team to have their jail, where enemy players who are tagged with go.

To begin playing, each team hides their flag somewhere on their side of the playing area. Once the flag is hidden, it can’t be moved to another spot by its own team!

The goal of the game is to cross onto the other team’s side of the field, steal their flag, and run it back over to your zone.

Work together with your teammates to decide who will try to capture the other team’s flag and who will stay behind to defend your flag.

Players who are in their own zone cannot be captured, but anyone who crosses into the other team’s zone can be tagged, even if they have the team’s flag and are trying to get back to their zone.

Some forms of Capture the Flag allow players to escape from jail by performing tasks, such as jumping jacks, but you can make the rules whatever you want them to be!

The team that successfully captures the enemy flag and returns it to their zone wins!

Pages Related to Capture The Flag Basic Rules For Kids