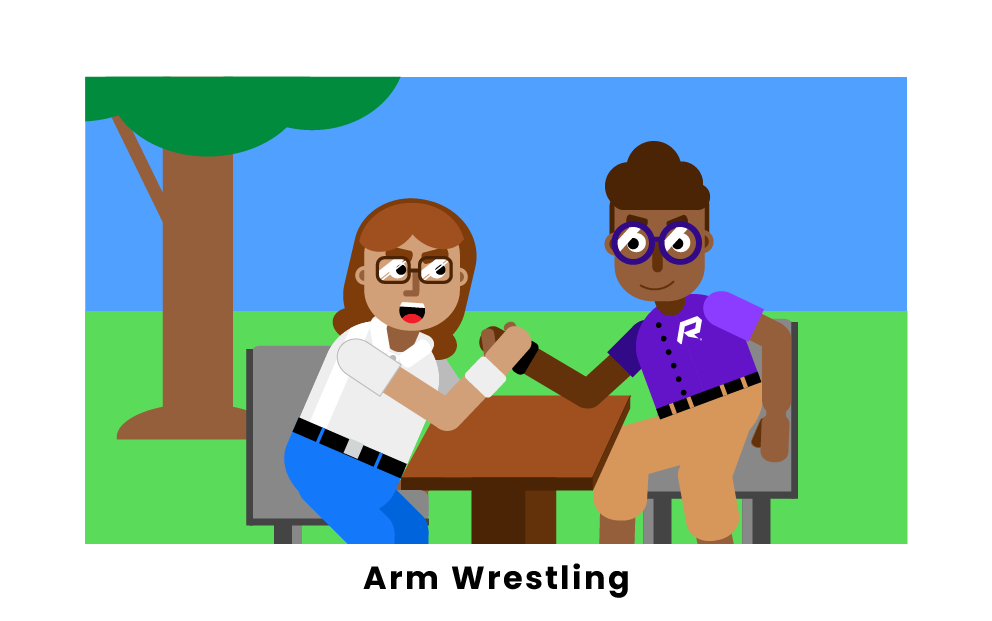 There are two people competing.

There can be referees who judge the match.

The competitors hold each other's hands with their palms touching and their thumbs interlaced.

They hold the same side hand so they either both use their right hand or their left hand.

They put the elbow of the hand they’re using to arm wrestle on the table.

A competitor must keep their elbow on the table until the end of the match.

Any attempt to pin an opponent's arm outside of using a competitor’s own arm is a foul.

Once the match starts each competitor tries to pin the opponent’s arm onto the table or surface.

A pin is when one of the competitor’s wrist touches the table.

The referee announces when someone’s arm has been pinned.

Once someone’s arm is pinned onto the table the match is over and that person loses.