Where Is Futsal Most Popular? 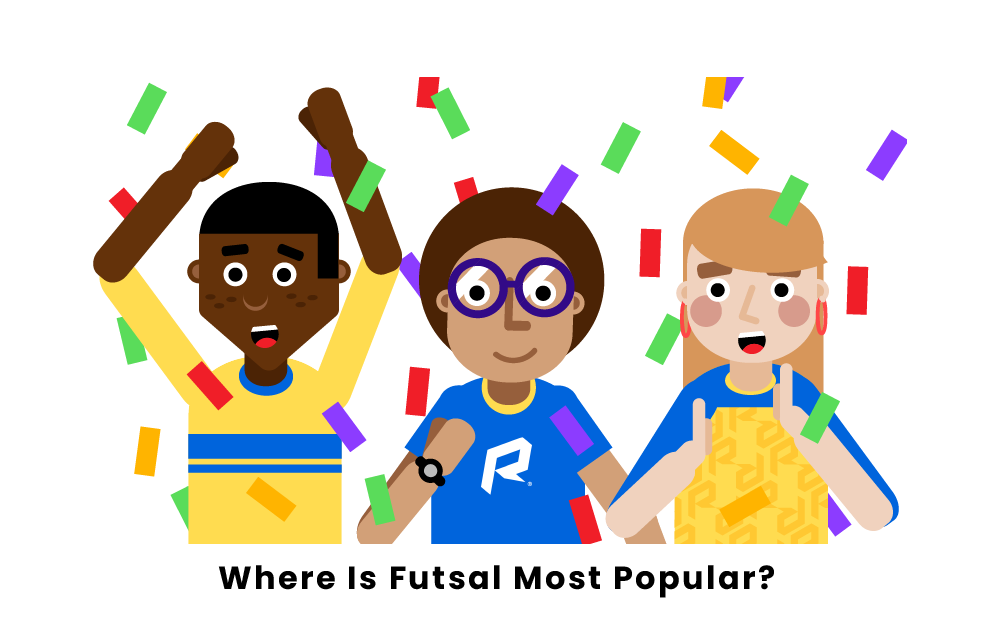 Futsal was born around 1930 in Montevideo, Uruguay as an adapted version of soccer to be played on basketball-sized courts at a YMCA facility. From then on, futsal would go on to develop throughout South America and eventually around the world. Today, futsal is an up-and-coming sport in the United States with great popularity in Boston. From a global perspective, there are some places where futsal interest spikes to a peak. Some of the countries where futsal is the most popular are:

Brazil is often credited with the main popularization of the sport of futsal, due to the vastness of the population and the common setting being a perfect environment for the growth of the sport. Brazil is so far the most successful nation within international futsal, having won several FIFA Futsal World Cup titles already. Many of Brazil's well known soccer players grew up playing futsal.

Despite being far from the birthplace of futsal, Spain has risen to be one of the world leaders in the sport. Futsal, often called "Fútbol Sala" in Spain, has seen rapid development since being introduced in the country. In fact, Spain is the second most successful country on the international stage.

Futsal was introduced to France during the 1970s, a bit later than the other countries. However, in par with the popularity of soccer, futsal has flourished in this European nation. The French Football Federation made an estimate that there are over 200,000 participants in the sport of futsal in France alone.

Closing out the list of futsal-crazed countries is Iran, which is regularly known to be the leader in futsal in Asian. Iran is by far the most successful nation from Asia on the international futsal stage, regularly appearing at the FIFA Futsal World Cup. The Iranian futsal team is often featured towards the top of the world futsal rankings.

Pages Related to Where Is Futsal Most Popular?