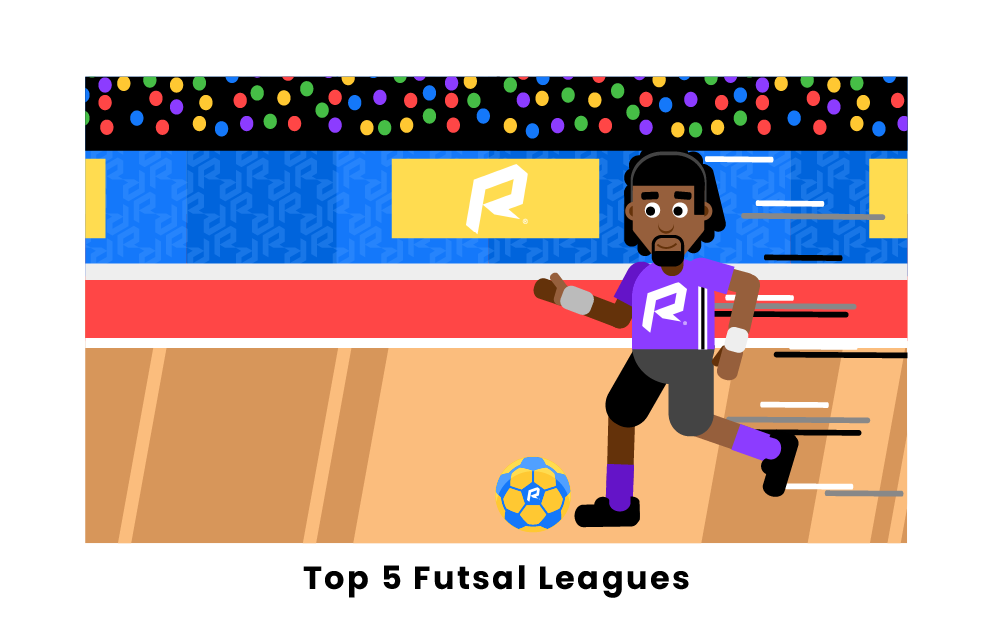 What are the most popular futsal leagues?

The number one futsal league in the world is the very head of international soccer, FIFA. Most may know FIFA as the host of the World Cup and the organizer or international soccer matches. However, eleven-on-eleven soccer is not the only kind of soccer hosted by FIFA. FIFA has a Futsal World Cup, including one hosted in Lithuania in 2021. Futsal, much like eleven-on-eleven for FIFA, pits countries against each other. In 2016, the Argentine national team won out. If you want to watch the best futsal players in the world going head to head, FIFA futsal is a good place to start.

Spain ranks at the top of lists of countries that love futsal the most. As of 2020, Spain ranks second in international futsal and their international team has a history of going far in tournaments as well as winning. When it comes to the Spanish national league, La Primera Division, it is one of the most competitive leagues in the world. Teams like Movistar Inter, Barcelona, Levante, and Cordoba, are all popular and successful teams in La Primera Division. Spanish futsal is some of the best futsal in the world, and it's top league, La Primera Division, is no different.

Futsal was born in Brazil. The sport takes its root from peladas, street soccer matches, that are popular for people of all ages across the country. Many of the famous Brazilian soccer players, like Ronhaldino, Ronaldo, Pele, and more started their soccer careers by playing futsal. It is no surprise then that Brazil's futsal talents run deep. As of 2020, Brazil is the number one ranked futsal team in the world. It makes sense then that the Liga Nacional de Futsal is one of the top leagues in the world. The LNF, as it's known, has a variety of teams filled with talent, from Brasilia to Joaçaba. The founders of futsal have themselves a very popular league.

Another country that loves futsal is France. The French futsal league, known as Championnat de France de Futsal (Division 1), is another highly popular futsal league. France was not introduced to futsal until the 1970s, but the country that also loves soccer was quick to adopt the sport's alternative. The Championnat de France de Futsal includes teams like SC Paris, U.J.S 31 Toulouse, and Bethune Futsal. These teams all compete to be the best team in France. Even inside of that, three of the teams competing in the top league in France are from Paris, creating even more competition there to be the best team in the nation's capital. France is a nation that, despite being new to it, has futsal fever and its main league reflects that.

What's the difference between club and international futsal?

Futsal works much like eleven-on-eleven soccer. There are two levels. At the first level there is regular club futsal. Here, players are not bound by physical location, they can be traded and sent from one team to another. Depending on the club teams, there are multiple different leagues, usually divided by country. The pinnacle of club futsal is the Champions League in Europe. Then, the best of the best futsal players are chosen to represent their country at the international level. The pinnacle of international futsal is the FIFA futsal World Cup.

Does FIFA have futsal?

Yes. FIFA, which is known as the organization behind the FIFA World Cup and the FIFA Women's World Cup also has a futsal tournament. The FIFA Futsal World Cup is a tournament where the top nations come together every four years and play first in group stages and then in a tournament to determine the best futsal country in the world. The winner in 2016 was Argentina. In 2021, the tournament is going to be played in Lithuania.

What are the best futsal teams?

There are quite a few talented futsal teams across the world. At the club level, good futsal teams include FC Barcelona, Sporting CP, FC Benfica, and Brasilia. These teams do not all compete against each other, making it more difficult to judge. Most of the best teams are in Europe. They compete against each other in the UEFA Champions League of Futsal. However, there are talented teams especially in Brazil but across the world as well. By far the most popular futsal team in the world, however, is Barcelona, though that popularity also comes from the fame of the soccer team under the same club.

What countries have the best futsal teams?

When it comes to international teams, Brazil is considered the best in the world. Futsal was invented in Brazil, based on their fancy and fast style of play in soccer. Many of the best international soccer players from Brazil got their start by playing Futsal. The most recent champion of the FIFA Futsal World Championship, however, is Brazil's neighbor Argentina. Other countries that are Futsal heavy are Spain, France, Portugal, and surprisingly Indonesia.