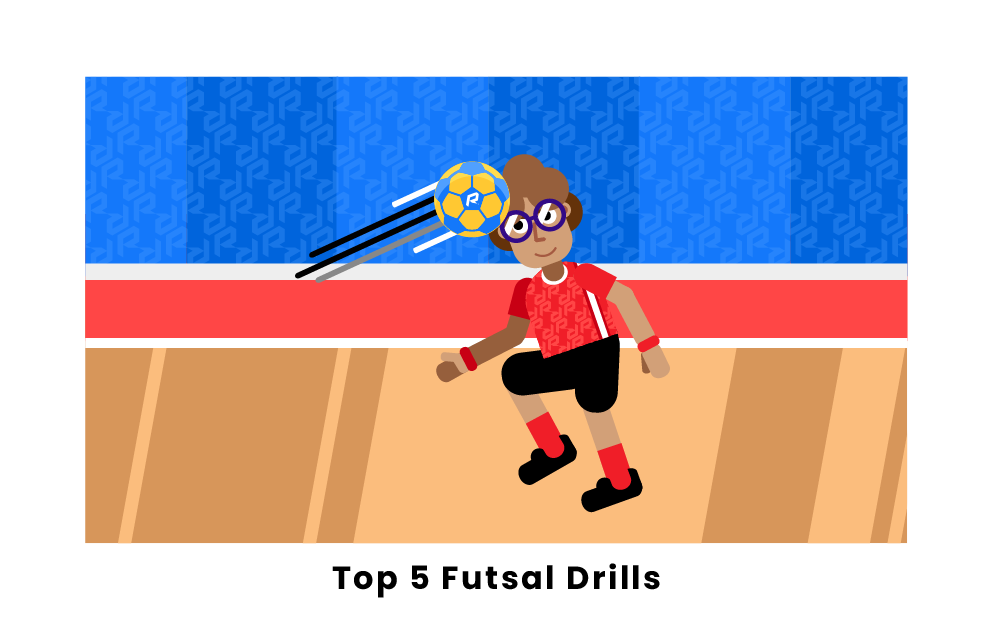 What are the most important futsal drills?

The Two Cone Shuttle is one of the most basic but effective futsal drills. In the Two Cone Shuttle, there are two cones set up near each goal. The player runs at full speed with the ball to the opposite cone, dribbles around the cone quickly, and then runs back at full speed to the starting cone, and dribbles around it as fast as they can. They repeat that process for a period or for a certain amount of repetitions. This drill is simple as all it requires is two cones and a ball, however, it is extremely effective. This drill focuses on improving a players dribbling ability in space and in tight spaces; it also focuses on improving a players sprinting ability and overall endurance. It is important that the player that is participating in this drill uses their weak foot to improve their dribbling abilities with their weak foot.

The Cone Weave drill is another drill that works to enhance a player’s dribbling abilities. In the Cone Weave drill, there are several cones set up in a line and the player starts at the first cone and dribbles with the ball, in and out of the cones until they reach the last cone. This drill is simple in practice but is one of the best drills that a player can do to improve their dribbling ability and ball control. In particular, this drill improves players ability to dribble and control the ball in tight spaces. In this drill, the cones are very close together which forces the player to be precise in their ball control. It is important that when a player participates in the Cone Weave drill, they use their weak foot. This drill is a great opportunity to improve a player's dribbling ability with their weak foot.

The Cone Weave and Shoot drill is a combination of the “Cone Weave” drill, and the “Two Cone Shuffle and Shoot” drill. In the Cone Weave and Shoot drill, there is a line of cones starting on the opposite half of the field and extending just over the halfway line. Players are meant to start at the first cone and weave their way in and out of the cones until they reach the end of the line. Once the player reaches the end of the cone line they are meant to take a touch and take a shot on goal. This is a very versatile drill for attacking players as it is a drill that works on their dribbling skills and their shooting skills. This drill is also beneficial for goalies as they are able to work on stopping shots from specific spots on the field.

What is the most important futsal drill?

How many positions are there in futsal?

In futsal there are five starting players on each team. With that being said, there are 5 positions on each team. The way these positions are divided is dependent on the team’s formation. However, the most common formations include a goalie, two defenders and two forwards or a goalie, one defender, two midfielders, and one attacking player. Despite these potential differences, every team must have 5 players and 5 positions in order to play futsal.

Why are futsal drills important?

Futsal drills are important because they help players develop their skills. Futsal drills help players develop specific skills and focus on specific situations. The “one v one” drill is a great example of this as it helps attacking players focus on a specific situation in a game and their skill moves. Furthermore, the “one v one” drill allows defenders and goalies to focus on their one v one defending skills.

How many players are needed for a futsal drill?