How To Start Playing Youth Futsal 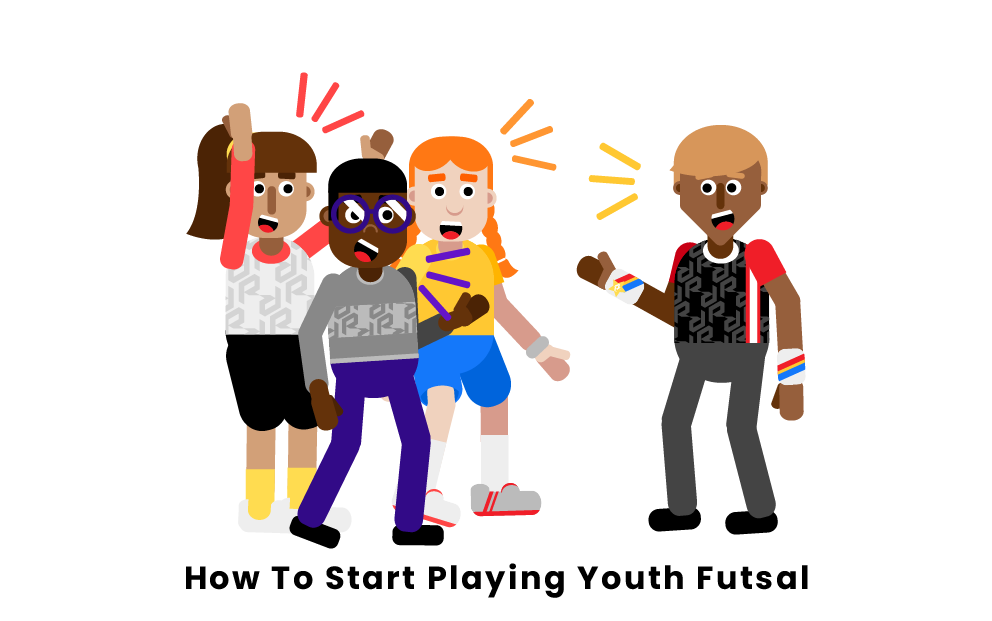 Starting from as young as age 2, children can start playing the game of futsal. Children can start off with the basics of learning how to kick, dribble and run on the pitch and then slowly make their way into playing full-size games. Due to the fact that futsal is very similar to the sport of soccer, the two sports can often be interchangeable in terms of learning the sport’s most basic skills.These skills include running, kicking, dribbling and defending the ball.

Interestingly, Futsal is a great sport for soccer players looking to improve their game during the winter in the off season. This is because it is proven that futsal players touch the ball 12 times more than playing outdoor soccer.

To start playing youth futsal, children and their parents should look to local recreational futsal teams in their area. Futsal teams range anywhere from co-ed recreational leagues to teams that play competitively. The sport is continuing to grow, especially in areas that get cold during the winter months, so as a result more and more leagues are appearing in many towns and cities. Parents and children should think about their skill level and level of commitment before choosing a team. For beginners, it is recommended that one starts off on a non-competitive recreational league.

Once a team you like is found, join it! There is no better way of learning futsal than by playing it on a team weekly. This ensures that the player is getting in as many touches and as much time playing as possible, which will undoubtedly improve their overall performance.

Before playing, it is important to buy the equipment for futsal. Basic equipment includes boots, shin guards, high socks, a uniform, and a futsal ball. This equipment can be found at any sporting goods store as well as online sports sites that sell futsal gear. It is important to ensure that the gear fits the player well or else small shin guards and big boots can be a cause for injury.

After playing for quite some time and learning the basic skills of the sport, players should choose which position they prefer. In futsal, there are three basic positions, the offense, defense and goalkeeper. In short, these positions all perform differently.

The offense does the most goal scoring and running. The defense protects the net from the other team scoring, and the goalkeeper is the player allowed to use their hands and stop the ball from going into the net.

Once a player discovers what position they prefer, it becomes easier to train and learn the skills specific to that position. Once a youth player gets comfortable with the sport and their position, they can soon focus on other aspects of the game that will help improve their performance. These aspects can be things like fitness as well as strength and conditioning.

What type of team is best for someone who has never played futsal before?

For beginners who have never played or heard of the game of futsal before, it is best to start off on a recreational team. These teams are noncompetitive and offer a safe space for kids to learn the fundamentals and basics of the sport. Recreational leagues are most popular among children as well. For people who are looking for a challenge and are interested in more competition, club and travel teams are a good place to start getting more competitive in the game of futsal.

What are some Youth Futsal organizations to look into for recreational leagues?

There are many popular youth futsal organizations that are great for beginners just starting out. AYSO, or the American Youth Soccer Organization, is a program available to children and teens and they offer both soccer and futsal programs for all age and skill levels. In addition, local towns and cities often host their own town teams where children and their families can find futsal teams that suit their experience level.

What are some easy drills to start off with as a beginner?

There are lots of simple drills that can be done to practice futsal. These drills often closely mirror outdoor soccer drills. For example, one can set up cones about 12 inches apart in a straight line and then practice dribbling the ball in between the cones. This simple drill improves upon the basic skill of dribbling and is a big component of futsal. Additionally, shooting a ball into a net from a distance is another easy way to practice scoring goals in futsal.

What equipment do I need to start playing futsal?

To start off playing futsal, there are some basic pieces of equipment that one needs to get started. These pieces of equipment include cleats, shin guards, long songs, and a futsal ball. It is important to keep in mind that the futsal ball and futsal cleats are very different from soccer. Specifically, the futsal ball is more dense as to not allow it to bounce on the indoor pitch. In addition, cleats do not contain spikes because they are not needed for the indoor pitch and can cause serious injury if soccer cleats are worn in the game of futsal.

Pages Related to How To Start Playing Youth Futsal