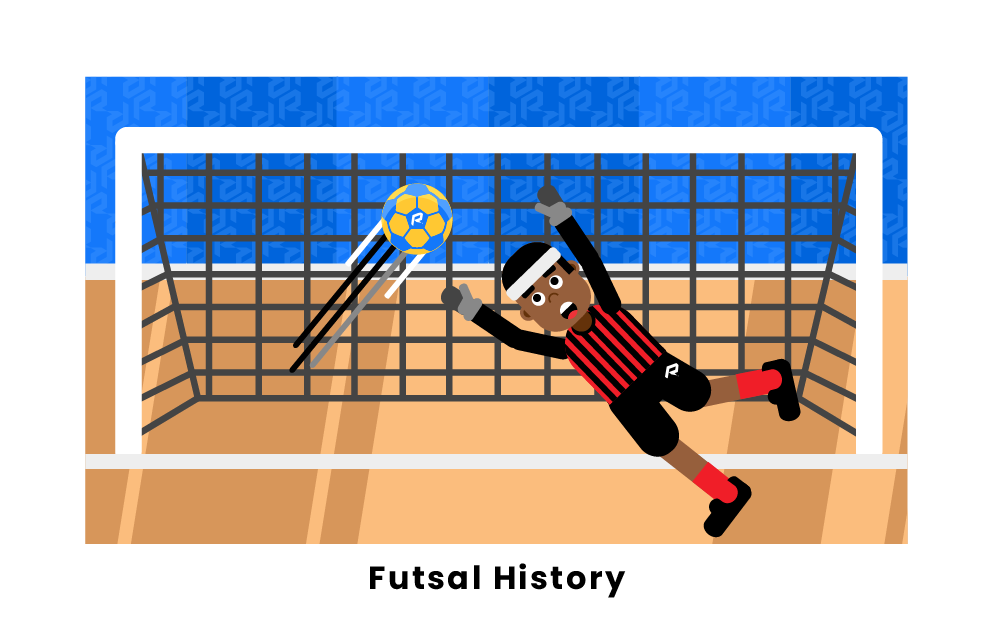 Futsal origins can be traced back to the 1930s in Montevideo, Uruguay where a man by the name of Juan Carlos Ceriani came up with a five-a-side version of soccer. Juan Carlos Ceriani, who was a teacher, was motivated to create this variation of soccer so that people could play inside in YMCAs. Juan Carlos Ceriani carefully crafted the rules, adopting a lot of the same principles of traditional outdoor soccer. Among those similarities were the rules prohibiting the use of your hands for field players. However, there were also some traditional rules that were adapted to fit the indoor setting of the new sport.

Once the game of futsal was established, it began to gain massive popularity throughout South America, particularly in Brazil. Brazil’s play style of being a team that is exceptional at dribbling is evidence of futsal’s popularity throughout the country. In fact, Pelé, Zico, Socrates, Bebeto and other Brazilian superstars have credited futsal for helping them develop and sharpen their skills. Futsal is still extremley popular in Brazil, however, it has spread all over the world since its inception and is extremely popular in every section of the world.

The first international futsal tournament took place in 1965, when Paraguay won the South American Cup. The game grew in popularity and by 1979 there were three South American Cups and Brazil won all of them. In 1984, the United States joined in on the action, taking part in the 1984 Cup but finishing out of the running.

Futsal has grown to be the most popular variation of traditional 11v11 outdoor soccer in the world and in the United States. U.S futsal has conducted a National Championship each year since 1985. Even more importantly, futsal is establishing itself at the youth level as well. The Boys and Girls Clubs of America organize futsal games and practices, which means that it is now played at 1,100 Boys and Girls Clubs across the country.

What year did Futsal start?

Futsal origins can be traced back to the 1930s when Uruguay school teacher Juan Carlos Ceriani came up with the five-a-side variation of traditional outdoor soccer. Juan Carlos Ceriani based a lot of the rules off of traditional outdoor soccer and made some adjustments to the rules to adapt the game to the five-a-side setting. Futsal became established in the United States in 1981 when the US created the United States Futsal Federation.

Is there a professional Futsal league?

Can Futsal be played outside?

Futsal must be played on a hard surface like a gym floor, however there are no restrictions on the setting of the match. However, futsal is typically played indoors as that is where it was originally designed to be played and where most of the fields are located. With that being said, professional international and league matches are played indoors. Outdoor futsal is more commonly seen at charity events or more casual settings, similar to basketball.

What are the differences between futsal and traditional soccer?