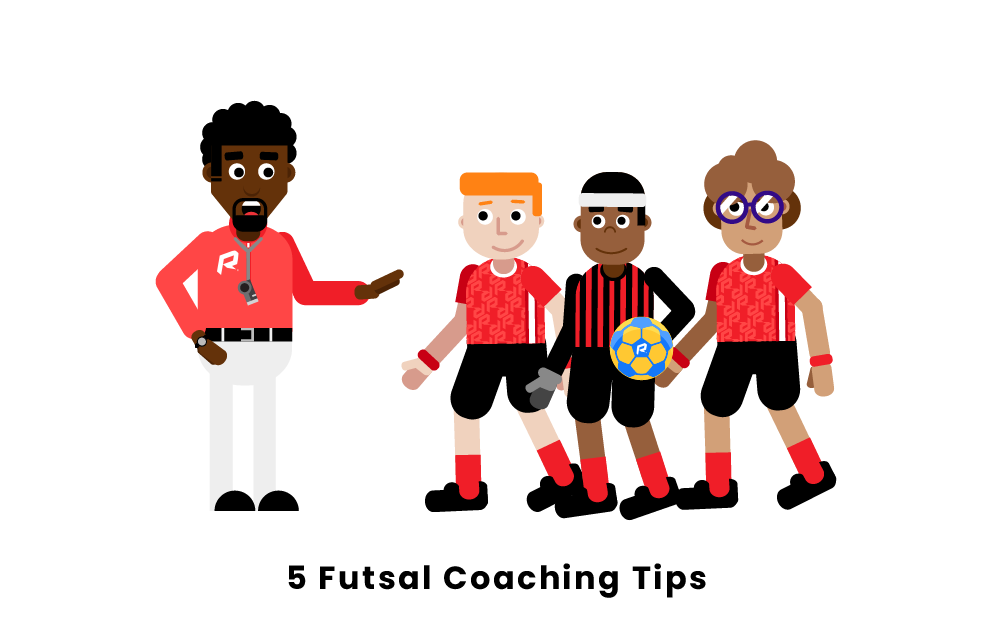 What are some tips for futsal coaches?

In order to be able to play futsal well, the rules must be thoroughly understood and followed. Coaches must ensure that players understand the rules and know how to optimize their game play while following the set rules. One of the key futsal rules is there are universal amounts of substitutions allowed during a game. Optimizing this rule is an important technique in order to win. Goalkeeper rules are more specific and important to follow as they have time limits on how long they can hold onto the ball. With that, slide tackles like in soccer are not allowed in futsal. These rules are important in coaching and playing in order to be successful in futsal.

This is an important technique and skill in coaching futsal to ensure players' ball control. Using the sole of the foot allows for the players to have quicker control over the movement of the ball. The sole of the foot is able to stop a fast ball, move the ball in any direction, shoot the ball, or hold the ball in your set spot. When coaching futsal, practice drills involving passing the ball with a player or a wall can help players gain better control with the sole of their foot. The greatest futsal players in the world are known to quickly and effectively control the ball with their sole.

Having a system is the next most important tip in futsal. Teams are able to have different team formations depending on their players' strengths and weaknesses. Square and diamond formations are the two most popular team formations in futsal. Depending on the opposing team and the strength of the players on the team, different formations may be more successful than others. Any formation eventually leaves areas on the field exposed and needs to have every player working hard in order to be successful. With substitutions being universal, coaches need to switch players and develop a system that works well against the other team.

Passing the ball is essential in futsal, and teams need to develop quick and accurate passes in order to win the game. Coaches need to focus on training their players in effective passes that are quick and happen instantly. Futsal balls are not the same as soccer balls, which makes mastering the way to kick and pass it very important. After mastering the passes in between players, the offensive players need to focus on mastering kicking the ball forcefully and precisely to score goals. Without good passing skills, a futsal team cannot win a game.

Lastly, playing as a team is an important tip for any sport you coach or play. A team is unable to win any game without teamwork. Teamwork needs to be present in all aspects of the game, whether it be defense or offense. Specifically, defense is just as important as offense. When offensive attacks are being made by offenders, these players need to be ready to help out the defenders when the ball gets turned around. Coaches need to focus on developing teamwork among their players and making sure the team knows how to effectively communicate with one another.

What makes a good futsal player?

Good futsal players are good at dribbling, use the sole of their foot when moving the ball, and have strong teamwork skills. Mastering the touch and control of the ball is key in becoming a good futsal player. After that, players must be smart during play and make quick decisions. Passes and kicks need to be strong and precise in order to make strong offensive attacks and be a good defensive player.

What is the most important futsal technique?

It is most important to maintain the sole of your foot on the ball when making quick, controlled movements. This is the most important futsal technique to master. By mastering this technique, futsal players are able to move quickly and lightly on the field. This technique allows for players to be able to pass, kick, and switch the movement of the ball through dribbling effectively.

How is teamwork important in futsal?

Teamwork is important in futsal just like in any other sport. When coaching futsal, teamwork is one of the most important skills to establish among your team early. With futsal having a quick pace and multitude of substitutions, it is important to have the team work together in order to maintain control of the game. With many substitutions, every player on the team has the opportunity to play during the game even though there are only five players on at a time.

How many coaches are allowed on a futsal team?

There are two coaches allowed on a team in futsal. Coaches watch their team on the sidelines and are unable to step on the field to play. One of the coaches must be seated. Coaches are able to sit on the players bench where the substitutes are seated. Teams are able to have timeouts where they can meet with their coach and develop a strategy. While teamwork is extremely important and the goalkeeper does serve as a commander on the team, the coach makes up the plays, system, and plans substitutions.