How Much Does The Winner of The French Open Get In Tennis? 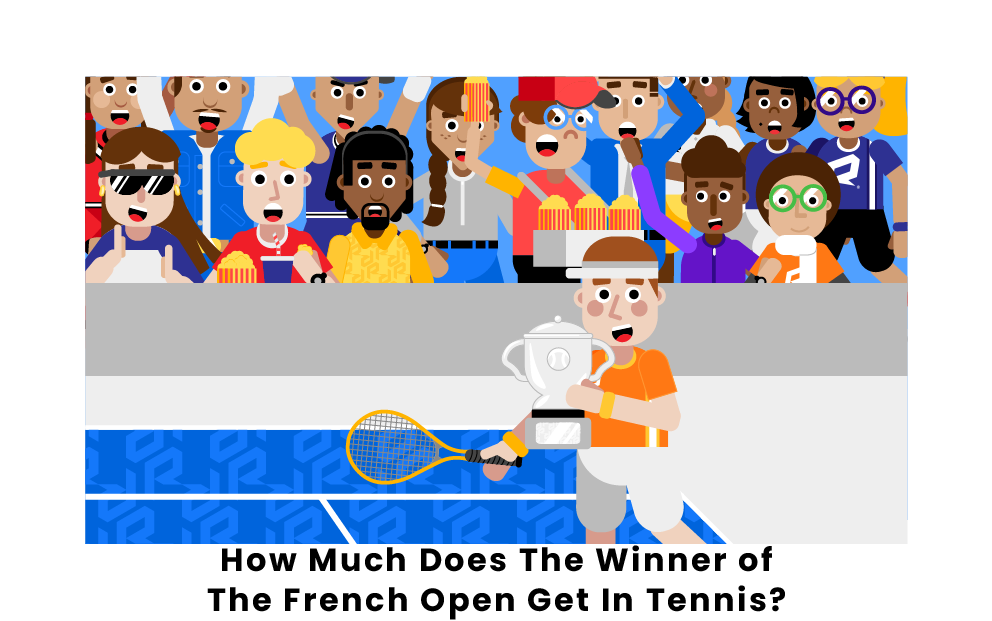 The French Open is one of tennis’ four Grand Slams and is considered one of the most prestigious tournaments in the world. The tournament is held on clay every year at the Roland-Garros venue in Paris, France, and it’s the only Grand Slam that’s played on clay. It’s typically held from late May to early June and lasts around two weeks. Winning the tournament is one of the highest honors in tennis, and below is how much the winner receives.

Competing individually in this event will earn a tennis player significantly more money than playing with a partner. In 2020, the male winner (Rafael Nadal) and female victor (Iga Swiatek) won $1.9 million. However, the value went down to $1.69 million in 2021 because the pot was nearly $7 million lower due to the pandemic. Still, the winner in this event makes nearly double the runner-up almost every single year.

The structure of the double’s winner is similar to that of singles. However, the dollar value is much lower. In 2021, the winners of both the male and female sides made about $290,000, with second place coming in at around $170,000.

The mixed winner at the French Open makes the least amount of money compared to the other competitions. In fact, the winner in 2021 made approximately $150,000, which is less than finishing second place in standard doubles.

How much money is in the pot every year?

Before any tennis tournament starts, a committee gathers to determine how much money will be given out to the players, otherwise known as the “purse.” The purse is determined based on economic factors like expected revenue, inflation, etc. This is why there’s no set fixed amount for the players every year. Prize money allocation is usually not equal, as those who perform better in the tournament take home more money.

What are the different styles played at the French Open?

There are three different styles of tennis played at the French Open: singles, doubles, and mixed. The format for singles is in the name. It’s when one player takes on another, and it’s not co-ed. Doubles and mixed are both played with two people on each side of the court. However, doubles isn’t co-ed, while mixed is played with one male partner and one female partner.

Which style earns the most prize money at the French Open?

The style that earns the most money at the French Open is singles tennis. Both the male and female winners of singles tennis are paid the same amount of money. Singles tennis is paid more than the other styles because it’s simply tougher to play. As the name indicates, with this style, one person has to play the whole time and has to cover the whole court. In addition, there’s nobody who can bail out a potential mistake. In doubles, a player has a partner that can cover for them, and each player can focus on helping each other out. As a result, it’s less physically demanding.

How do French Open prize pools compare to other majors?

In 2022, the French Open had the second-highest prize pool among all majors at $48 million. The U.S. Open came in at first with a total of $55 million. In third was the Australian Open at around $43 million, and Wimbledon was the lowest at around $41 million. However, the French Open gave the lowest amount of money to the winners compared to the other three majors. This puts a premium on advancing far in the other majors compared to the French Open, which has the second-highest first-round prize money and the highest second-round prize money.

Pages Related to How Much Does The Winner of The French Open Get In Tennis?