How Much Do French Open Tickets Cost? 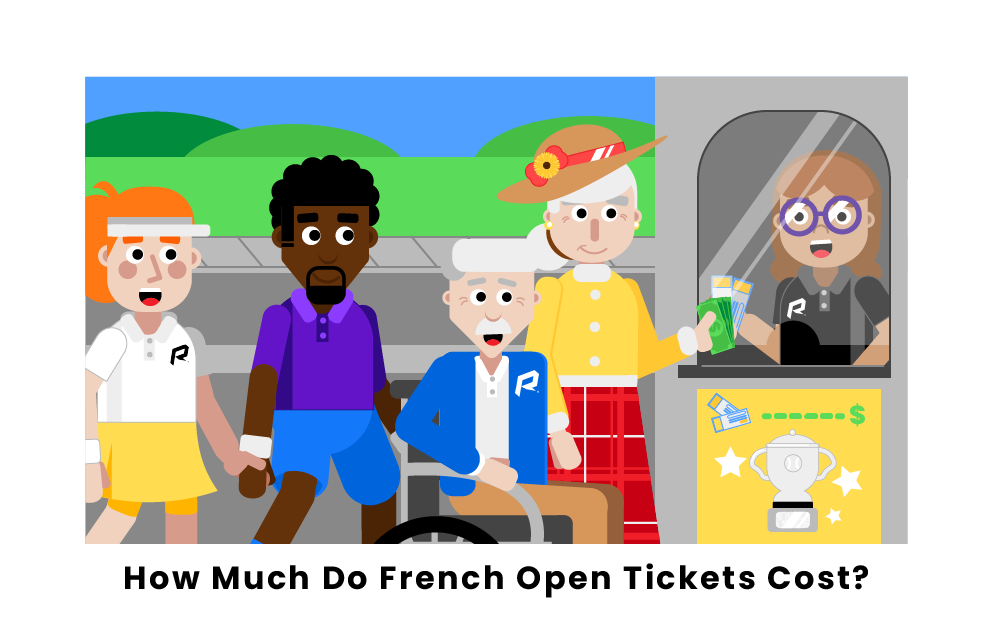 The French Open is the second Grand Slam event of the year, and it attracts casuals and fans from all over the world. Every third week of May, Paris turns into the global tennis capital, as thousands flow into the Roland Garros village to witness the highest level of competition on a clay surface. Read on to find out how much it will cost you to attend the tournament.

As in any other Grand Slam tournament, players have to go through seven rounds to win the French Open. One hundred twenty-eight players compete in each singles tournament, while there are sixty-four doubles for each women’s and men’s. Out of the one hundred twenty-eight players on each side, sixteen must earn their spot through a five-day round of qualifications right before the first round of the French Open. Thus, fans and casuals can pick from hundreds of games when deciding which tickets to buy for the tournament.

Due to the lack of top-seeded players, tickets for the qualifying rounds are the most affordable in the whole tournament. Tickets for these matches range from $10 to $20. As the tournament moves to the first round, games start to be played in the main courts, and prices increase. Tickets for the first round go from $40 to $360. Prices stay the same for the second round but increase for the third round, which ranges from $90 to $400. Prices go up exponentially for quarterfinals and semifinals, starting at $110 to $130. Lucky fans that will look into attending the finals will have to match asking prices starting at $200.

Throughout the years, the French Open organizing committee has come up with special ticket packages to attract even more spectators. These include double-night packages and four different hospitality ones. Fans that want to follow the action at night can pick either the “Double Night Pass,” which includes two matches at night with prices starting at $75 and the “Day+Night Pass,” which includes a 20% discount on night prices upon the purchase of a ticket for a match during the day.

Fans who want to experience the matches from the comfort of five-star hospitality lounges can pick from four different packages. These include the “Discover Offer,” with tickets starting at $290, the “Emotion,” available starting at $350, and the “Elegance Offer” and “Passion Offer,” respectively, starting at $690 and $730.

Among the special ticket packages the French Open offers, there is a whole day dedicated to younger fans. The “Roland Garros Kids Day” is a whole day event during the break between the qualifying rounds and the first round. Tickets are priced at $25 and give children the opportunity to participate in unique activities. Lucky individuals attending Kids Day could have the opportunity to play on the courts or to watch special exhibition games between former and current players. Kids Day also includes a “Wild Card” tournament, where the winner will receive a spot in the junior singles tournament.

Pages Related to How Much Do French Open Tickets Cost?