What Are Grid Girls In Formula 1? 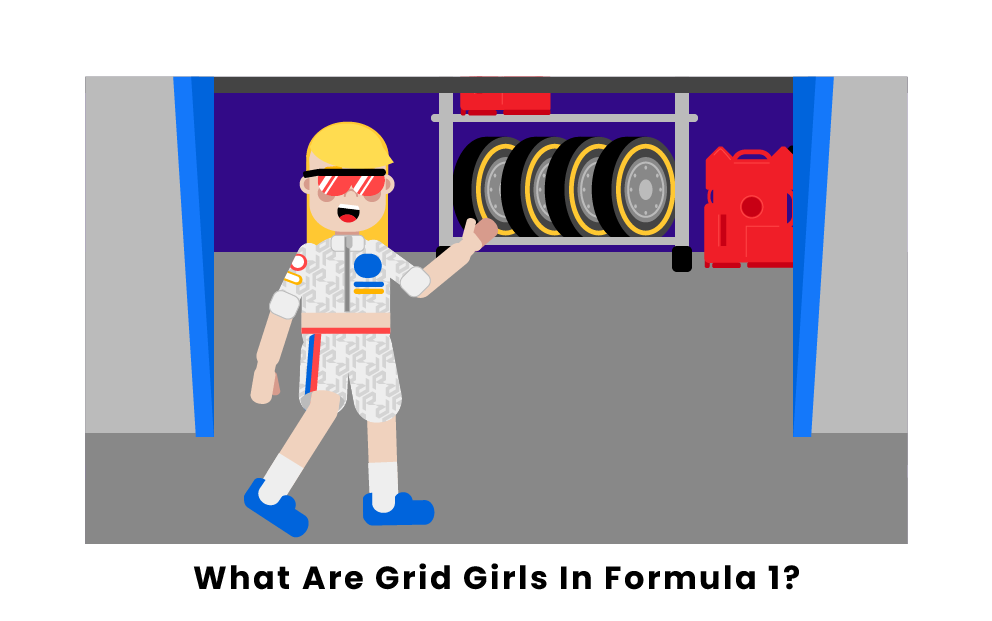 Grid girls were a former feature of Formula 1 races, and played an important role in promoting various Formula 1 sponsors for many years. They often wore apparel sporting the name or logo of the sponsor they represented. Since 2018, grid girls are no longer part of F1 races, as a result of a long-standing controversy regarding whether their role was objectifying towards women. Read on to learn all about the history of grid girls, and why Formula 1 chose to remove them.

The primary role of grid girls in Formula 1 was to promote sponsorships for the teams or organizations they represented, similarly to cheerleaders in other sports. Besides promoting sponsorships, grid girls in Formula 1 also performed several other tasks, including holding boards displaying driver names, holding umbrellas, or lining the path that led to the winner’s podium.

As social attitudes evolved throughout the years, the role of grid girls proved to be controversial. Many argued that the tasks and uniforms of the girls demeaned and objectified the women involved. Therefore, several racing series implemented alternative options over the years, such as having kids stand along the grid to support their favorite drivers, or even allowing men to fulfill the roles of the grid girls.

Removal of Grid Girls from Formula 1

In the 2018 World Championship season, Formula 1 removed the use of grid girls from their races. According to Sean Bratches, the managing director of F1 Commercial Operations, the custom did not resonate with their brand values and was at odds with modern societal norms. He also stated that Formula 1 no longer believed the practice was appropriate or relevant to Formula 1 and its fans across the world.

Despite making the change to adapt to societal standards, many grid girls were upset with F1’s decision to remove them. By removing the position from the races, many of the girls lost their source of income, and also lost a job doing what they loved. Rebecca Cooper, who worked as a grid girl for five years, was angered by the measures taken to address political correctness. She said that women who claim to fight for women’s rights should support them instead of discouraging them from doing a job they enjoy.

Michelle Westby, another grid girl, took a different approach by voicing that grid girls have a genuine interest in racing, and even help out in the pits to learn as much as they can about cars and the sport. She also explained how being a grid girl gave her the opportunity to be a part of a sport that is primarily run by men and how she has been able to influence other women to do the same. Despite these contrasting opinions, Formula 1 stood firm by its decision to keep grid girls out of the sport.

Although Formula 1 Racing removed the use of grid girls in 2018, NASCAR has and continues to use female models at its races, though these were never referred to as grid girls, and are these days called the “Monster Energy Girls” due to being sponsored by the Monster Energy Drink Company. Similarly to the grid girls in F1 racing, the Monster Girls’ main task is to promote races along with the energy drink brand.

While NASCAR has recently taken measures to be more politically correct and socially conscious, it has thus far elected not to remove the role of the Monster Energy Girls, though many believe that the series needs to follow in the footsteps of Formula 1 Racing and do away with the position.

Pages Related to What Are Grid Girls In Formula 1?