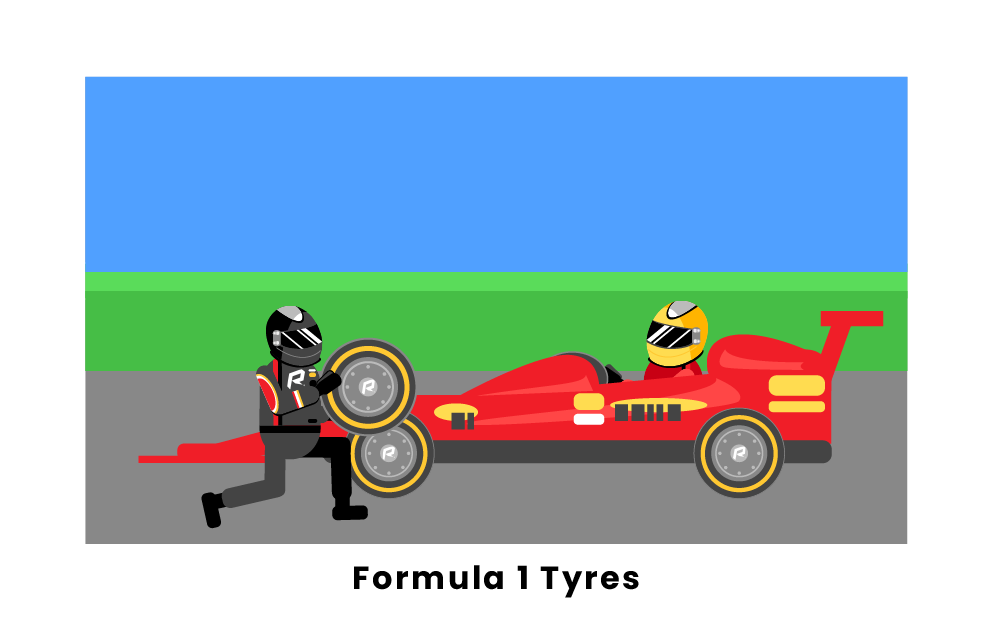 Formula 1 tyres are radically different from those normal everyday tires, and they’re certainly a lot more complex. Just to put into perspective how important these tyres are to the race, each set costs around $2,700, and a total of 13 sets are allotted to each team per race. That's $35,100 per race on tyres alone.

There are several different compounds of tyre made available by the F1 tyre manufacturer Pirelli. Each compound must be marked with a different color so they can be easily seen by the race officials and the audience. These compounds are the softs, mediums, hards, and slicks. The slicks can be broken down into the intermediate and the wet-weather tyre. At each race, given they are not using wet-weather tyres in the rain, the competitors must utilize two different compounds before the race is over. Read on to learn more about Formula 1 tyres and how they fit into the race. 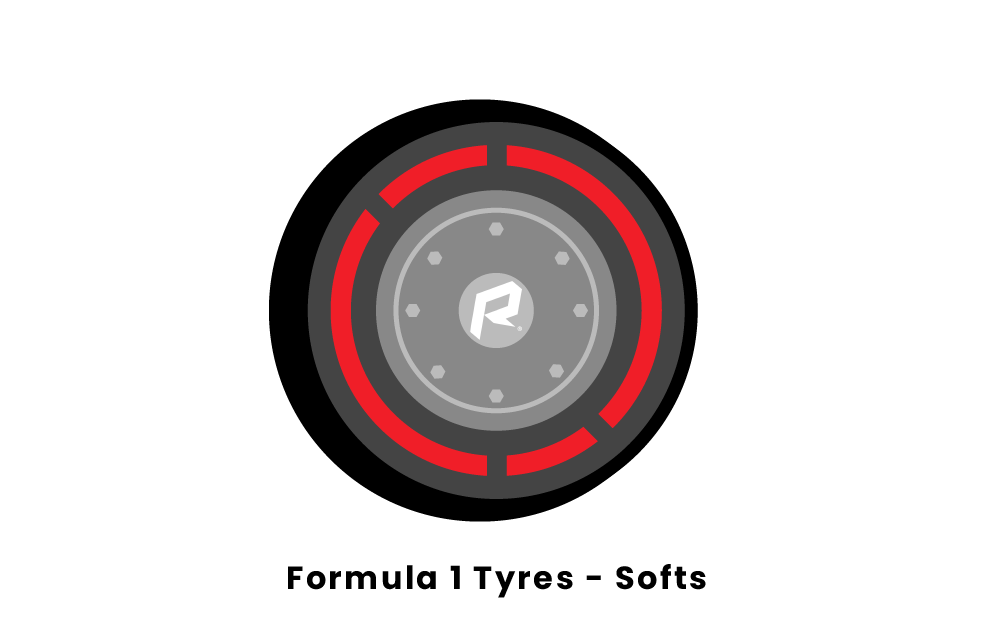 The softest and fastest tyre is indicated in red. Since it is the softest tyre out of the selection, it has the most grip on the track, meaning it can go the fastest. The downfall of this tyre is its short life span. The softs will wear out the fastest, forcing the competitor to go into the pit lane earlier than if they had been using a harder compound. Depending on the teams strategy and what track they are racing on, it can be beneficial to utilize the softest tyre and sacrifice pitting more often. It is most commonly used on shorter and more twisty tracks like Monaco. 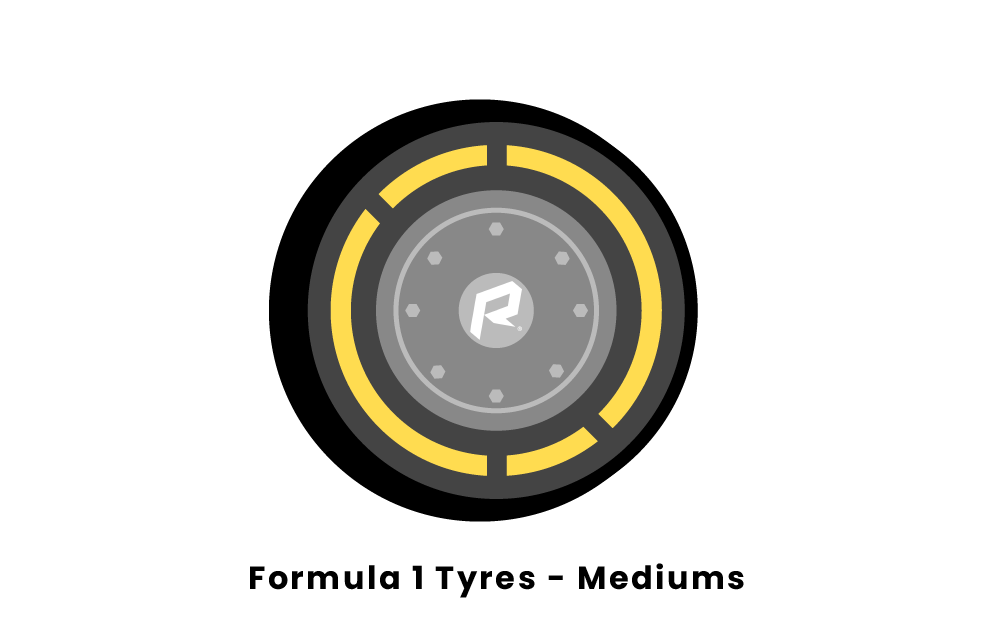 Next are the medium compound tyres marked with yellow. This is the middle ground between maximizing speed and staying out of the pit lanes for as long as possible. Generally, this tyre is used at every event and it is by far the most popular tyre used by each team. The medium tyre can be considered the compromise between performance and durability. 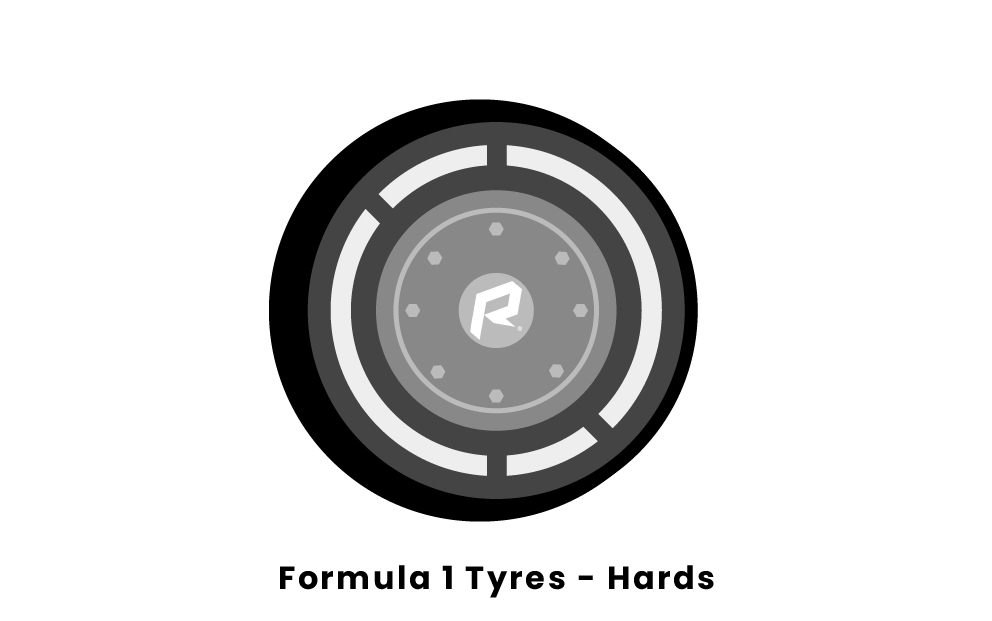 Within the spectrum of dry-weather tyres, the last compound is the hard tyre marked with white. These are the most durable of all the tyres, but with that comes the sacrifice of speed. It takes the longest to warm up and its maximum performance is not anywhere close to the soft compound. Despite this it is often used because it comes into play with race strategy. The durability of the tyre means staying out of the pit lanes the longest. If it wasn’t for the rule requiring each competitor to pit at least once during the race, a racer that looks after their tyres could potentially avoid pitting completely. Towards the later half of the race, you will often see the teams in the back of the pack put on the hard compound tyre. They do this to avoid pitting in the second half of the race to catch up to the middle of the pack. 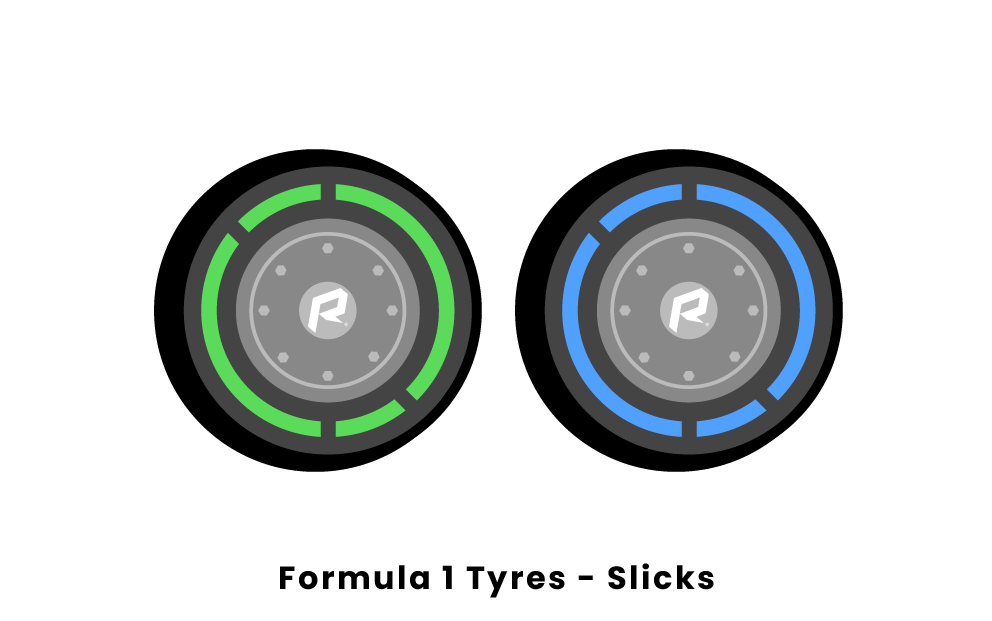 Lastly comes the intermediate tyres marked by green and their partner the wet-weather tyre marked by blue. The intermediate tyres are used when there is a light rain or when the track is on its way to drying out. The use of these tyres is completely decided by how much it is raining. The green tyre can expel 30 liters of water per second traveling at 300 kph while the blue can expel 80 liters at the same pace. The wet-weather tyre is only used during heavy rains. As soon as the heavy rain has passed, the team will call their driver in and swap to the intermediate tyre. If the track continues to dry out, then the team would continue to switch the tyre out for a softer compound.