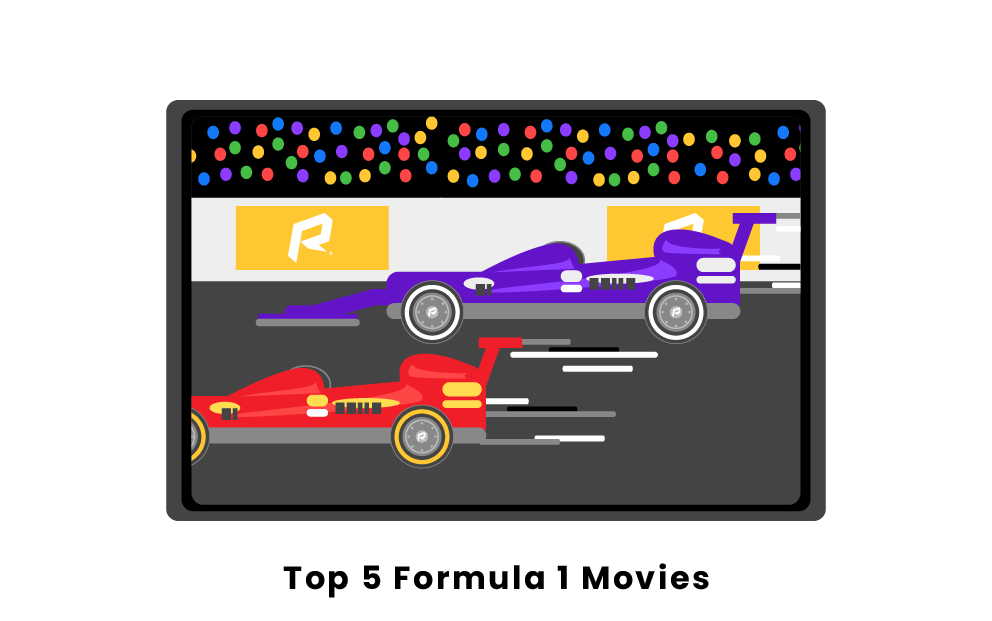 What Are the Most Popular Formula 1 Movies?

Grand Prix is an Oscar-winning movie that came out in 1966. John Frankenheimer directed this Formula 1-focused movie. The three Academy Awards the movie got were for best film editing, best sound effects, and best sound. Grand Prix was one of the highest-grossing films of the year.

Senna is a documentary that explores the life of Ayrton Senna. This movie was released in 2010 and directed by Asif Kapadia. Senna has won many awards, such as the World Cinema Audience Award for documentaries at the Sundance Film Festival. It has also won BAFTAs for “Best Documentary” and “Outstanding British Film.”

The documentary follows Ayrton Senna’s Grand Prix debut in 1984 in Brazil up to his death at the San Marino Grand Prix in 1994. Senna was a three-time world champion and won the Formula 1 Championships in 1988, 1990, and 1991. The movie also follows Senna’s well-known rivalry with Alain Prost. The film uses home video footage and archived footage from racetracks. The majority of the footage was unseen and followed 10 years of his life. Although most of the events of his life were known, the film reveals an emotional and moving side to his story.

3. Weekend of a Champion

Weekend of a Champion is a documentary directed and produced by Roman Polanski in 1972. The movie follows the story of Formula 1 driver Jackie Stewart during the Monaco Grand Prix. At that time, Stewart was a two-time championship winner. This close-up access gave fans a real-life insight into the driver’s life and what his thoughts were leading up to his races. The film showcases light-hearted moments with Stewart, contrasting with the seriousness of his races.

In 2013, the documentary was restored for the Cannes Film Festival. They added 10 additional minutes of footage with both Polanski and Stewart conversing about the movie and how racing has changed throughout the years.

Rush is a biographical film, directed by Ron Howard in 2013. This movie recreates the Formula 1 season in 1976 and displays the rivalry between James Hunt and Niki Lauda. James Hunt is played by Chris Hemsworth, and Daniel Brühl plays Niki Lauda.

The movie captures how both rivals fiercely compete for the championship title. Hunt was a British racer known to be self-confident and charming. In contrast, Lauda practiced a methodical and technical approach to racing. The film follows the different styles of the two drivers and how they found a way to navigate their careers and love lives. Although the two take opposite approaches, they share a love for racing and are connected through that. Their fierce rivalry is what pushed one another to reach their greatest potential and achievements.

Williams is a 2017 documentary directed by Morgan Matthews. The movie follows the story of the Williams Formula 1 team. New and archival footage helps unravel the story of the Williams family and how they gained success. Interviews with Sir Patrick Head and Nigel Mansell were featured in the film to display this true story and help showcase the Williams family business. The story goes through how Frank Williams founded the F1 team to how in the present, his daughter Claire is in charge. Another main character is Frank’s wife and Claire’s mother, Virginia Williams, who plays a focal point in the family’s story and success. The Williams family is considered to be one of the most celebrated families in Formula 1 and have built a well-established empire.

The story exhibits the thrilling, fascinating, successful, and tragic parts of the Williams family and how they have built a name for themselves in the racing industry.

Later re-released under the title Champions Forever: The Formula One Drivers, this 1974 documentary directed by Claude du Boc is a gritty and dramatic look into the lives of drivers during the 1973 season. One of the deadliest seasons in Formula 1 history, One by One follows drivers such as Niki Lauda, Jacki Stewart, Peter Revson, and James Hunt as they navigate an exciting duel between Lotus and Tyrrell.

Ferrari: Race to Immortality is a 2017 film directed by Daryl Goodrich depicting the relationship of Scuderia Ferrari drivers Peter Collins and Mike Hawthorn. The film is set in the 1950s, during the birth of F1 as an organized competition. Based on the book Mon Ami Mate by Chris Nixon, Ferrari: Race to Immortality is a heartwarming yet tragic tale of two drivers who put friendship before competition but put it all on the line on Sunday.

What are the best F1 movies ever?

There are many well-known Formula 1 movies, but many audiences consider 1966’s Grand Prix to be one of the best films in the F1 genre. One of the highest-grossing films of its year, Grand Prix also won three Academy Awards, for Best Film Editing, Best Sound Effects, and Best Sound. The film is known for using real Formula 1 footage and for including cameos of real Formula 1 drivers, such as Graham Hill, Jim Clark, Jochen Rindt, Phil Hill, and Jack Brabham.

What movies about Formula 1 are most accurate to real life?

Several excellent documentaries about Formula 1 have been made over the years which capture the reality of the sport. Two of the best F1 documentaries are Roman Polansky’s Weekend of a Champion and Asif Kapadia’s Senna. Other excellent and accurate documentaries include Hunt V Lauda: F1’s Greatest Racing Rivals, Jackie Stewart – the Flying Scot, and Barry Sheene and James Hunt – When Playboys Ruled the World.

Where can you watch Formula 1 movies?

Formula 1 movies can be found and watched in various formats these days. In addition to physical formats, many F1 movies are now available on streaming platforms, either for purchase or to watch via subscription. For example, Netflix offers its subscribers many F1 movies and TV shows, including Drive to Survive, Life of Speed: The Juan Manuel Fangio Story, and Uppity: The Willy T. Ribbs Story. Other F1 films, such as those listed above, can be purchased and streamed on services such as Amazon Prime, Youtube Movies, and Google Play.