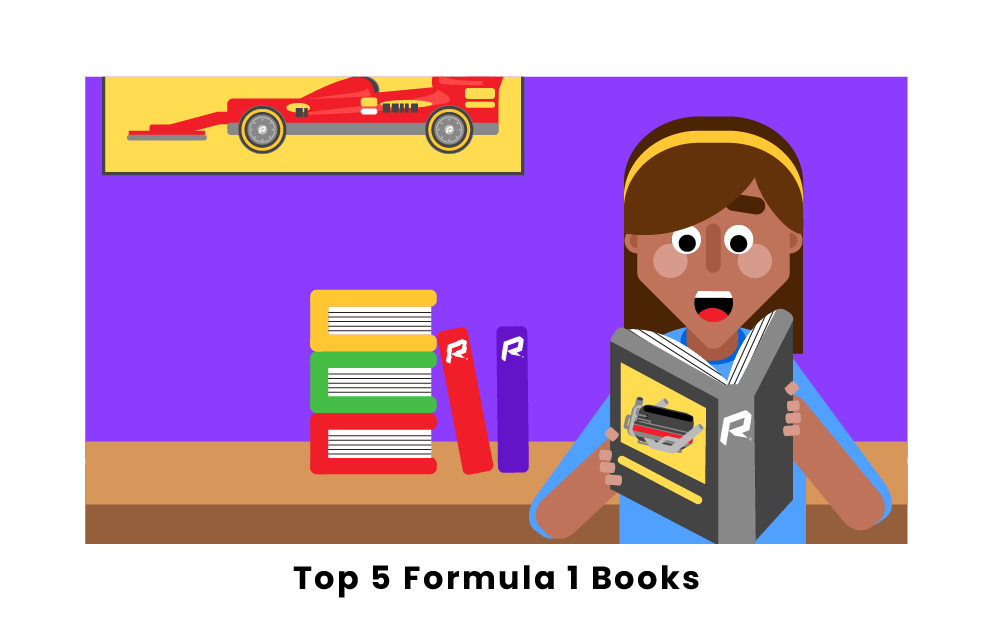 What are the most popular Formula 1 books?

How to Build a Car was written by Adrian Newey and was released in 2017. Adrian Newey is a British Formula 1 engineer, and this story unravels his 35-year career in Formula 1 through the cars he designed, the races he was involved in, and the drivers he worked with. Newey began sketching car designs at the age of 12 and continued his passion for cars through his Formula 1 career. The book is an engaging, comprehensive, and detailed book on how F1 cars work. Newey has designed cars for Nigel Mansell, Damon Hill, Mario Andretti, Alain Prost, and more. How to Build a Car includes unseen drawings of these and more cars, and captures Adrian Newey's life story.

The Unknown Kimi Raikkonen was written by Kari Hotakainen and released in 2016. This book is a biography of Kimi Raikkonen (also known as “The Iceman”), a Finnish racing driver. Raikkonen was the 2007 Ferrari Formula 1 World Champion, and was known for being a private and enigmatic person who rarely opened up. However, he gave Hotakainen exclusive access to his life for this book, which includes insights into his way of thinking, unseen photographs, details about his private life, and behind-the-scenes racing strategies. The book includes anecdotes, flashbacks, and a new understanding of the racing driver. Hotakainen successfully reveals a side to Raikkonen many have not seen before.

3. A Different Kind of Life

A Different Kind of Life was written by Virginia Williams and published in 1991. Virginia Williams was the wife of Frank Williams, who was a former racing car driver and founder of the Williams Formula 1 team. Williams’s team was set on winning their third Formula 1 Championship when he got into a horrific car accident unrelated to Formula 1 racing. This led Virginia to take over and make family decisions, and become head of the household. Virginia shares her story with humor and honesty and documents how her life changed before and after the accident. A Different Kind of Life showcases Virginia Williams’ story mixed with independence, compassion, and perseverance.

4. Winning Is Not Enough

Winning Is Not Enough is an autobiography written by Jackie Stewart and published in 2007. Sir Jackie Stewart is a former British Formula 1 racing driver. Stewart has won three Formula 1 championships and 27 Grands Prix and is considered one of the top five drivers of all time. Stewart shares his career and life story in the book, including how he became a successful international role model. He details life events and shares personal anecdotes on what being a racing driver was like in the 60s and 70s. Jackie Stewart is a well-known name in the racing world, and he presents his compelling story as a highly accomplished driver and businessman.

Murray Walker: Unless I’m Very Much Mistaken is an autobiography written by Murray Walker and published in 2002. Murray Walker was a motorsports journalist and commentator. This book highlights Murray Walker’s career and his love and passion for motorsports. As a commentator, he kept fans on the edge of their seats and gave them access to the world of Formula 1. He spoke with passion and delivered his thorough knowledge through his research before every race. Walker writes about his background, what influenced his passion, and how the sport has changed in the past few decades.

Total Competition: Lessons in Strategy from Formula One

Published in June of 2017, Total Competition: Lessons in Strategy from Formula One was written by Ross Brawn and Adam Parr, two experienced Formula 1 managers. Brawn was the technical director and team principal for teams such as Benetton, Ferrari, Honda, Brawn, and Mercedes, while Parr was formerly CEO and chairman of the Williams team. In this book, the two explore the high-stakes behind-the-scenes world of F1 racing, focusing on strategy and conflicts between various racing teams. The book is a valuable resource for readers who are interested in a comprehensive look at the chaotic and competitive world beyond the racetracks of Formula 1.

In this 2009 dramatic history, Malcolm Folley tells the story of one of Formula 1’s greatest rivalries, between Ayrton Senna and Alain Prost. Both drivers raced for McLaren in the late 1980s, dominating the series in the final two seasons of the decade. Folley’s book describes the conflict between the young Senna and the established Prost. The two drivers were at the top of their game and had to check their competitive urges in the interest of winning races. Senna Versus Prost is a vivid history of one of the most exciting eras in F1 history that sheds light on the drama behind the scenes of a championship-winning team.

What are some of the best Formula 1 books?

Some of the best Formula 1 books are How to Build a Car, by Adrian Newey, The Unknown Kimi Raikkonen, by Kari Hotakainen, and Winning Is Not Enough by Jackie Stewart. Other great F1 books are A Different Kind of Life by Virginia Williams and Murray Walker: Unless I’m Very Much Mistaken, an autobiography. A common trait of some of the best Formula 1 books is that they are either written by a retired driver, owner, or crew member or are written using the direct input of someone who was active in the sport.

What F1 book gives the best history of the sport?

One of the best comprehensive histories of F1 racing can be found in Maurice Hamilton’s book, Formula 1: the Complete History. The illustrated book gives a detailed recounting of each of the series’s first 70 seasons, starting in 1950. Each chapter covers the most important drivers, races, teams, and rivalries of the season. The progress of safety and technological innovation is discussed throughout the book.