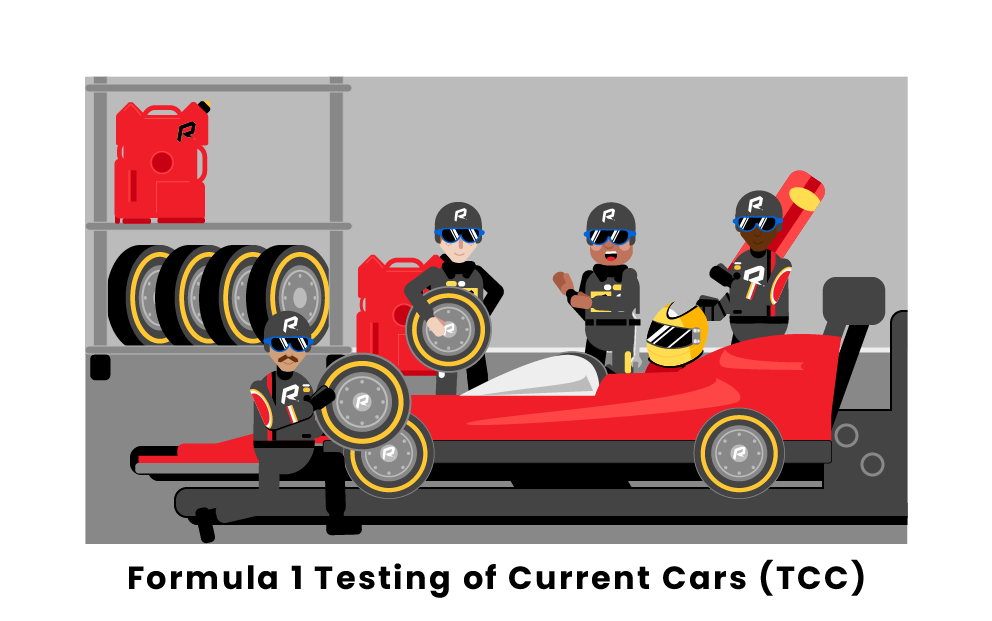 Formula 1 cars are precision racing instruments, with every component subject to rigorous engineering and testing. The FIA releases a new set of technical regulations every year–the famous “formula” that gives the series its name. During the offseason, teams and manufacturers work hard to develop chassis, parts, and configurations that maximize their cars’ performance on track while staying within the new regulations.

Immediately preceding and following the regular season, the FIA hosts testing of current cars sessions, which give teams and drivers the opportunity to try out their new cars on the racetrack. Just like a race or practice session, there are rules that must be followed; and officials are present, observing and ensuring compliance. These are the rules that teams and drivers must obey while participating in the testing of current cars.

A testing of current cars session, or TCC, is an FIA-sanctioned event during which teams may only test cars that are designed and constructed to comply with existing or future technical regulations. Every part on a TCC car must be in compliance with the technical regulations. Even a single non-compliant component can lead to a violation resulting in a future grid penalty for the team. During a TCC, no other type of car is even permitted to be on the track. Any cars built to the specifications of previous seasons’ technical regulations are not eligible to be used in a TCC.

According to the rulebook, cars used in a TCC (genuine Formula 1 race cars in the current year’s configuration) are not allowed to be sold by a team to a third party. This rule prevents anyone outside the stable of Formula 1 teams from participating in a TCC or obtaining a current car without authorization. Importantly, other teams and drivers within Formula 1 are not considered third parties, meaning that teams can legally swap cars during the testing of current cars.

Although there are only three TCC sessions every year, each with strict rules about the type of cars that can be used, the FIA also sanctions additional testing sessions with looser restrictions. These sessions include testing previous cars (TPC) and mule cars (TMC), both of which permit teams to test cars built to the specifications of any of the previous three seasons’ technical regulations.

During the preseason testing of current cars, each team is only permitted to use one car, although they may change its setup as many times as they wish. This means that if a team wants both of their primary drivers to get seat time during a TCC session, they must take turns using the same car.

The upshot of this rule is that a team can utilize as many drivers as they like in a preseason TCC, including backup and development drivers. The only restriction on additional drivers is that if a driver does not possess an FIA Super License, they must have a green light mounted on the back of their car while on track to alert other drivers.

A single postseason TCC takes place in the month following the final race of the season at the same racetrack as that final race. In this session, teams are required to use two different cars. One is used to test new tire compounds for the upcoming season. This car must be driven by a driver who competed in the previous Formula 1 season.

The second car is used to give development drivers seat time in a currently-configured car. To ensure this happens, only drivers who have competed in two or fewer Formula 1 races in their careers are allowed to drive the second car. 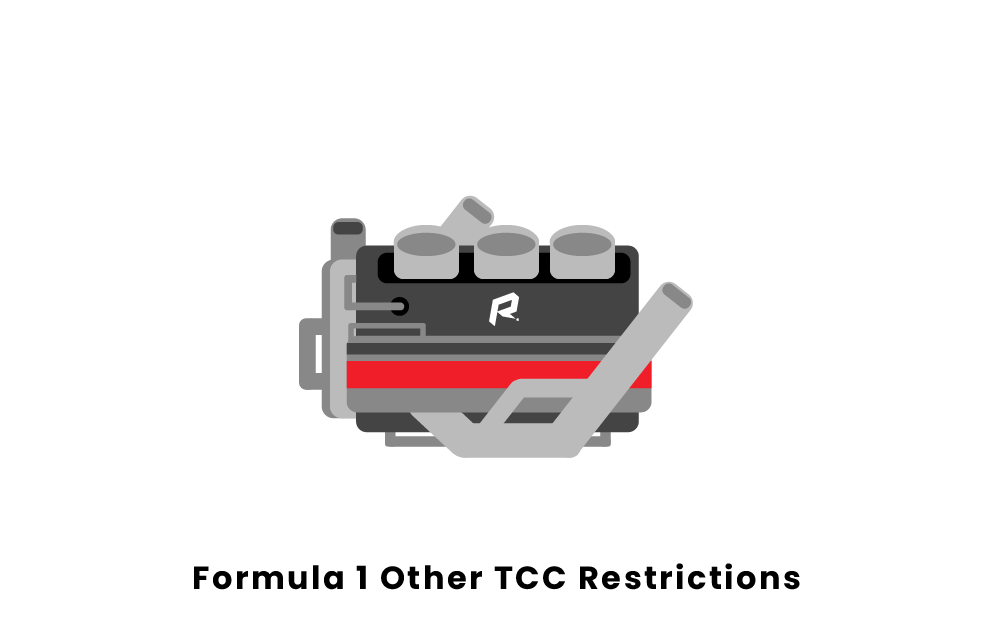 During the testing of current cars, teams are required to fit their cars with an FIA standard ECU, just like in any event that takes place during a race weekend. The FIA-supplied ECU, short for engine control unit, is an onboard computer that manages the function of a car’s engine, fuel system, transmission, brakes, tire pressure monitors, and DRS (drag reduction system). Teams are allowed to tune the ECUs, but only with the use of previously approved software supplied by the FIA.

In addition to keeping a car’s systems within certain parameters, an FIA standard ECU functions as a data logger. Throughout a session, the ECU records real-time telemetry readings, logged data, and the settings of various tuning programs. This information is transmitted to both the teams and the FIA, helping teams analyze their runs and allowing the FIA to ensure compliance.

Safety is just as important at a TCC session as it is at a race. As a result, there are red flags and end-of-session procedures that require drivers to slow and leave the course as soon as flashing red lights are shown. These lights signal an obstruction on the track, a change in weather making conditions unsafe, or the scheduled end of the session. Whatever the reason, flashing red lights mean that full-speed runs must cease immediately.

In the interest of safety, teams are subject to the same fuel handling restrictions during the testing of current cars as they are at a race. Refueling may only be done in a team’s garage, with the engine off and the car electrically grounded. Team members performing refueling are required to wear approved fire-resistant garments, and an assistant with a fire extinguisher must be standing by.

The same medical and emergency response equipment available at every Formula 1 race is also required to be utilized at a TCC, including fire trucks, ambulances, wreckers, driver extraction tools, and fire extinguishers stationed throughout the venue. Firefighters, doctors, and specialists in extricating drivers from wrecks also must be present at every TCC event.