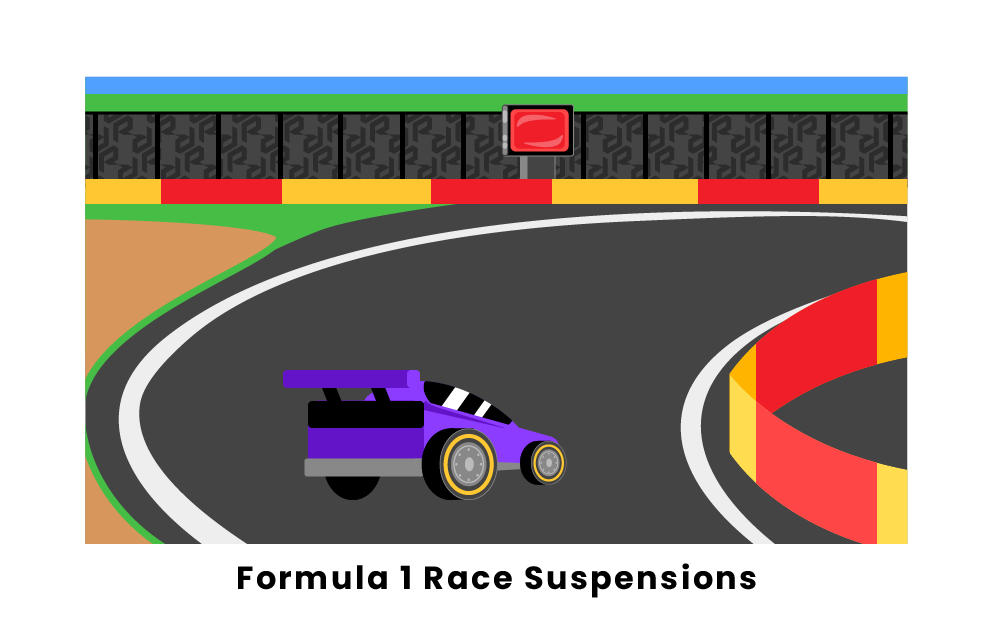 The safety of drivers, officials, and fans is of utmost importance in Formula 1. Open-wheel racing is inherently dangerous, and no one wants to add risk by racing on an unsafe track. As a result, any time the conditions on track become unsafe in a Formula 1 race or sprint, the race director immediately suspends racing until conditions become safe again. When it is once again safe to race, then the race director will give the command to restart the race or sprint. These are the rules for suspending and restarting a race in Formula 1, including why and when standing and rolling starts are used in a restart.

The race director is required to suspend a race or sprint session the instant they become aware that conditions on the track pose a physical danger to the drivers or the officials if racing were to continue. Unsafe track conditions typically arise from a change in weather, like excessive rain, or obstructions on the track, such as stopped or wrecked cars, spilled fluids, or debris.

Throughout the race, the race director constantly monitors the surface of the track with the help of numerous video and audio feeds in race control. There are also officials stationed around the course who will radio race control if an unsafe incident occurs in their assigned segment of the track.

As soon as the race director gives the signal to suspend the race, red flags and red flashing lights are displayed around the track to alert the drivers of the suspension; at this time, racing stops, the exit to the pits is closed, and overtaking is forbidden. With the car that was in first place at the time of the suspension leading the way, the entire field must cautiously return to the pit lane.

Remaining in the order of their positions at the time of the suspension, the cars slowly enter the pits. The driver in first place drives all the way to the exit of the pit lane, then stops their car there in the fast lane. The rest of the field lines up behind the lead car in order of position, keeping in the fast lane and leaving the inner pit lane clear. After all of the cars are lined up in the pits, the safety car drives to the front of the line, stopping ahead of the first-place car.

If any of the cars are stuck out on the course and unable to immediately return to the pits because of wrecked cars or debris blocking the track, those cars wait in place until the track is cleared and it is safe to proceed. At that time, they will drive to the pit lane and line up in the field, with their positions reflecting the ones they were in when the suspension was declared.

During a race suspension, teams are allowed to perform any work normally permitted to be done in the pits under green-flag racing. This permitted work includes: changing wheels and tires; preparing and starting the engine; adjusting the brake ducts, radiator ducts, and front wing; and adding compressed gasses. Teams may also fit or remove heating or cooling devices and make adjustments for the purpose of driver comfort.

Under normal conditions, Formula 1 races are not allowed to last longer than two hours, and sprint sessions must be no longer than one hour. When a suspension is declared, the official timekeeping regarding these rules does not stop. However, the length of the suspension is added to the maximum total time, but up to a limit. The maximum total time that a suspension-lengthened race may run is three hours, and for a likewise delayed sprint session, the maximum is 1.5 hours.

Once track conditions have improved, race control informs all competitors of the time they are planning to resume the race. In addition, audio and visual signals are given to warn competitors at the intervals when there are ten minutes, five minutes, three minutes, one minute, and fifteen seconds remaining until the restart of the race.

No changing of wheels is permitted after the five-minute signal. When there are two minutes remaining before the restart, any cars that were in the garages are permitted to do a lap and form up at the back of the grid. At the one-minute signal, engines must be started; fifteen seconds before the restart, all crew members and their equipment must be out of the pit lane.

At the restart time, the safety car leaves the pit lane and drives onto the track, followed by the field. Cars are permitted to overtake in the pits, but they must stay behind the safety car at regular ten-car length intervals once out on the track. 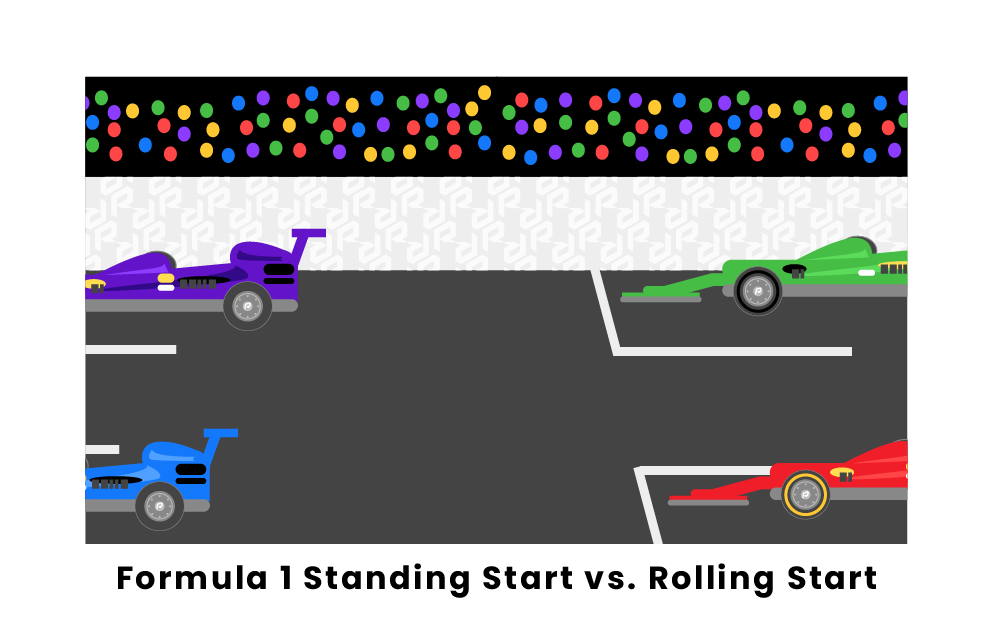 If the race director determines that conditions require a rolling start, the field will also follow the safety car for one lap around the track. However, no overtaking is allowed, not even to recover positions lost in the pits. After the lap, the safety car returns to the pit lane. Cars stay on the track in order until they cross the start/finish line, at which time they make a rolling start similar to the start seen in NASCAR. As each car crosses the start/finish line, it is now allowed to overtake; and racing has resumed.

If track conditions worsen or another incident occurs during the safety car lap, the race director will order additional safety car laps until conditions are acceptable to resume racing. If a race or sprint is unable to be restarted within the suspension-lengthened time limits, the final results are taken from the position each car was in at the end of the last complete lap before the one in which the suspension was declared.