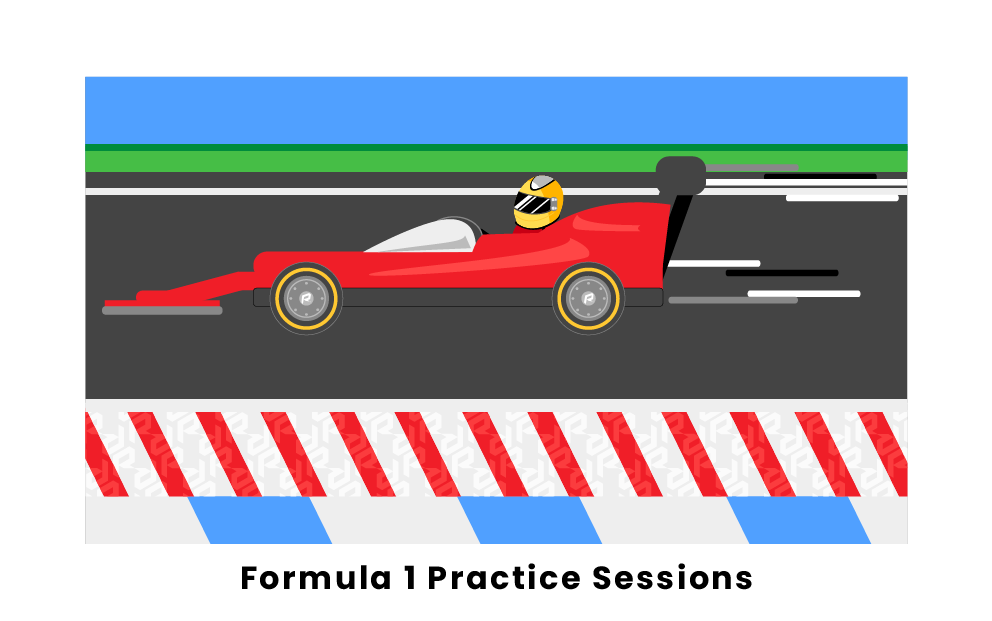 In the days leading up to every race, Formula 1 drivers take to the track for two or three practice sessions, followed by a qualifying or sprint session, which determines the starting positions for the upcoming race. Practice is important for a driver as it allows them to figure out the rhythm of the track and give their team feedback on the car’s handling. Here are all the rules you need to know about how Formula 1 practice sessions are run.

Practice sessions are mandatory, even though they do not directly affect points or the race itself. For a Formula 1 driver to be eligible to start a race or a sprint, they must have participated in at least one practice session during the preceding race weekend.

During practice sessions, drivers must follow the same driving rules on track as when they are racing. If a driver breaks the rules, the stewards investigate the incident and punish practice violations with a grid position penalty applied to the start of the race.

Just like in a race, the race director will order red flags and flashing lights to be displayed around the course if track conditions become unsafe in a practice session. As soon as these signals are displayed, drivers are required to reduce speed and return to the pit lane.

Every race has two or three free practice sessions preceding it, depending on whether there is a sprint session as part of the race weekend. If a sprint is scheduled, there will only be two free practices, as the sprint takes the place of the third practice session. During free practice, drivers can make as many laps as they like. All cars are permitted on the track simultaneously, after being released one at a time from the pits.

A Formula 1 qualifying session also lasts one hour, split into three shorter runs. The qualifying results are used to determine the starting grid positions for the upcoming sprint or race.

Qualifying is run using a knockout-style format. In the beginning, all of the cars are allowed out on the track. After 18 minutes, the five slowest cars are eliminated. The drivers take a seven-minute break, then the remaining 15 drivers take a 15-minute session, after which the slowest five cars are again eliminated.

After another break, the ten drivers who are left compete in a final qualifying run. The times set during the final run are used to slot these drivers into the top ten positions on the starting grid, with the fastest time earning that driver the first place, or pole, position. The bottom ten grid positions are filled based on the times set by the drivers eliminated after the first two qualifying runs.