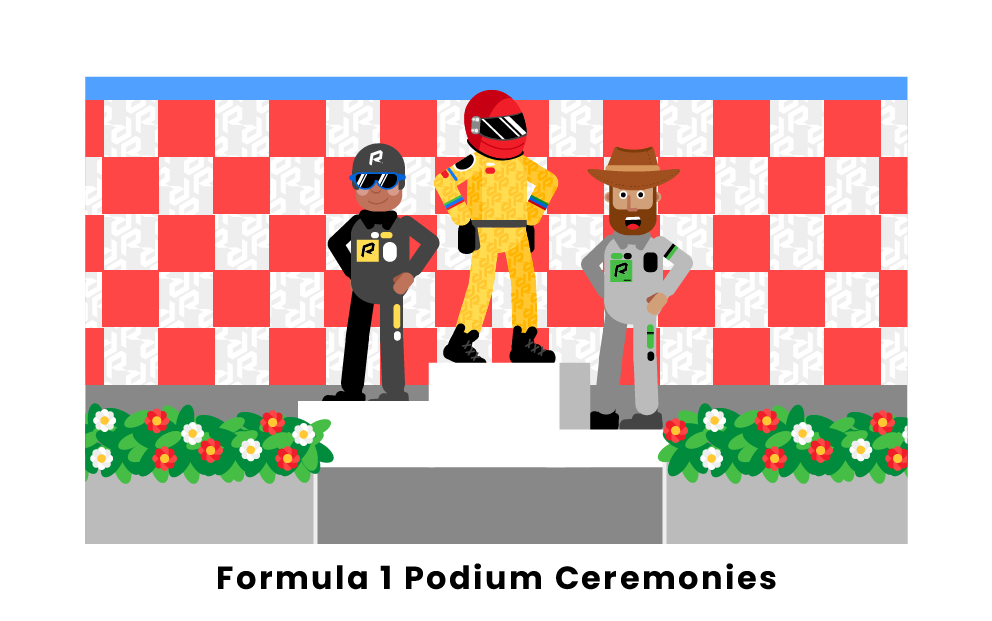 How the Ceremony Works

After the completion of a Formula 1 race, a podium ceremony takes place to honor the race’s best competitors. The ceremony honors the race’s three top finishers and a representative of the winning constructor. For drivers, being in the top three is what’s known as a podium finish. Each podium event has a master of ceremonies who is responsible for the whole event. The three top finishers are given flags from their home country, and they take their places on the podium. The winner takes the highest place, followed by the second-place finisher on the next step down, and then the third-place finisher on the lowest step. The representative for the winning constructor has a separate podium on which they stand. Next, the national anthem for the winning driver and constructor are played.

What Kind of Trophies Do Drivers Receive? 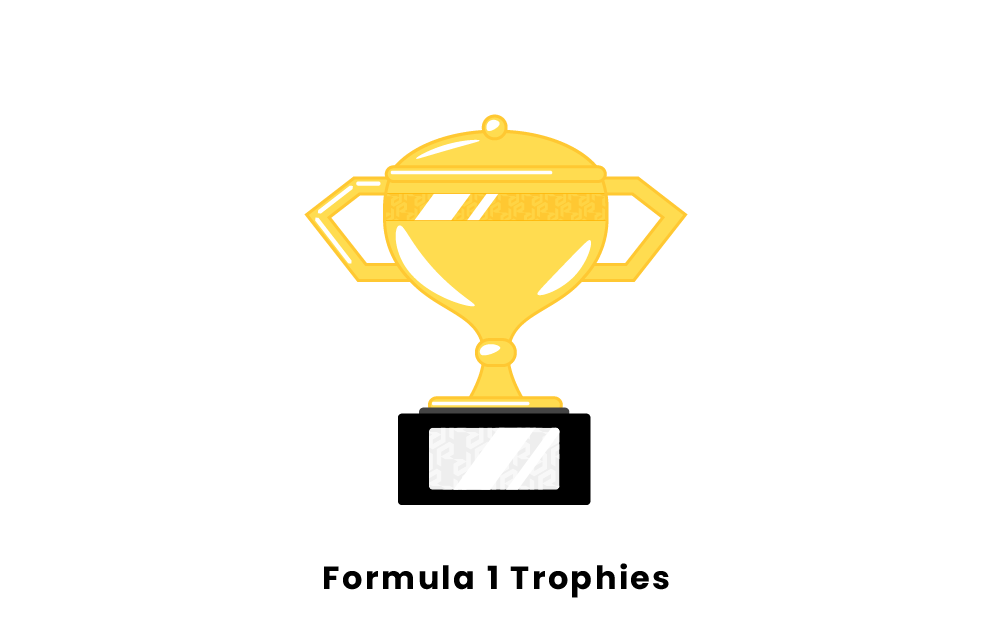 Once the anthems are finished playing, the trophies are presented. The winner receives their trophy first, and then the constructor winner receives theirs. This is followed by the second and third place drivers in order. Each race gives out different trophies, but the trophies themselves are very regulated. They must display specific information such as the official F1 logo, the name of the event, and the position in which the driver finished. They are also subject to strict height and weight regulations as well. For example, no trophy should weigh more than five kilograms, and the winner’s trophy should be at least 50 centimeters tall but no more than 65 centimeters tall. The winner’s trophy must also be presented by the prime minister or head of state of the race’s host country or the president of the FIA.

How do Winning Drivers Celebrate? 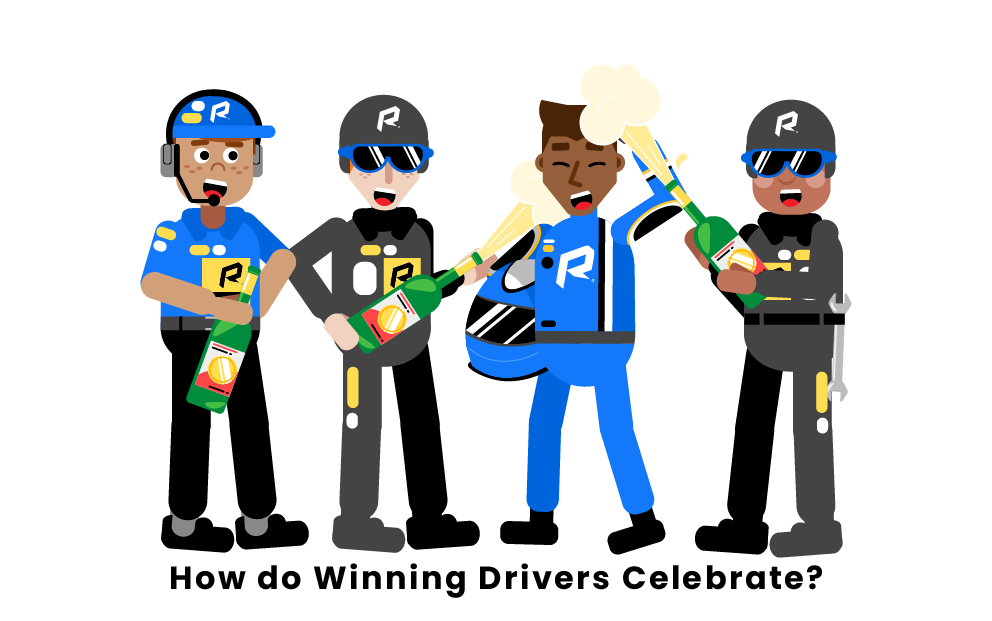 Following the presentation of the trophies, the three drivers and constructor are given 1.5 Liter bottles of champagne. The winners then spray the champagne on each other as a way of celebrating their success. This is one of the most famous parts of the whole ceremony, as the drivers are excited, happy, and covered in champagne. The champagne tradition began in 1967 and was first performed by Dan Gurney. He was presented with a bottle of champagne, and instead of drinking it, which was normal at the time, he decided to spray everyone in the crowd. The spraying of champagne has been an important part of the Formula 1 podium ceremony ever since.

Where is the Podium Ceremony?

The ceremony takes place right next to the parc fermé so that the drivers can go directly from their cars to the podium. The podium ceremony is normally not directly accessible to the public, but it is broadcast live with commentary so people in the stands can see. The podium is usually placed on a stage where down below, the drivers’ friends, families, and teams can watch the ceremony. 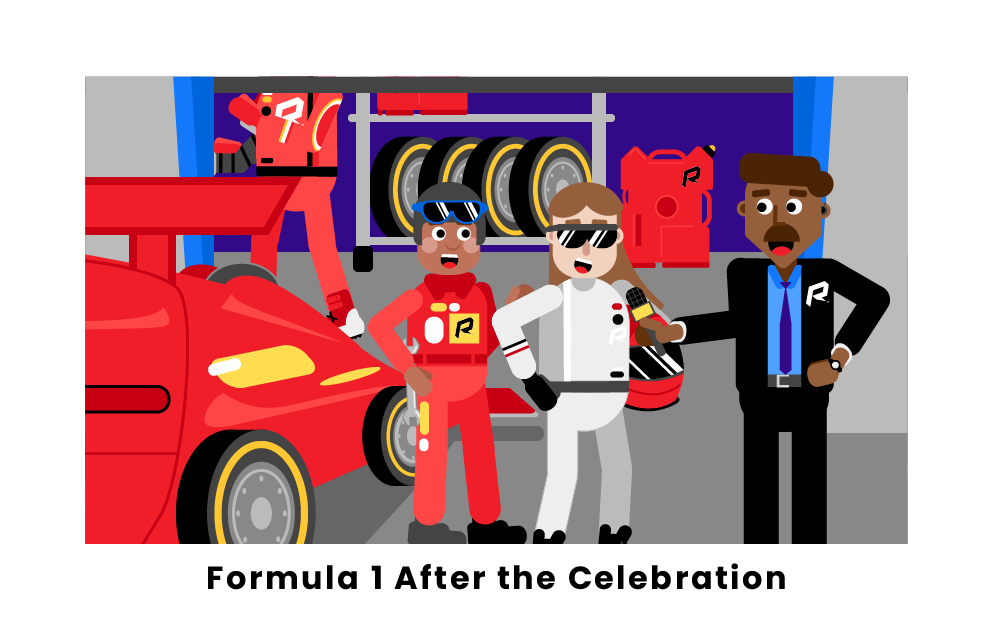 Once the celebration is finished, it is common for drivers to do a brief interview near the podium area. Interviewers ask questions about the race, such as what went well and how they were able to secure such a good finish. These interviews capture the drivers’ raw emotions just after the race is finished.

Who has the most podium finishes in Formula 1?

Lewis Hamilton has the most F1 podium finishes with 183. There are only five drivers who have more than 100 podium finishes. After Hamilton, the top five podium finishers are Michael Schumacher, Sebastian Vettel, Alain Prost, and Kimi Raikkonen.

Is champagne always sprayed during the podium ceremony?

Champagne is not always sprayed during the podium ceremony because sometimes the race is held in a country that prohibits alcohol. If this is the case, the podium drivers will spray a sparkling fruit juice instead, or they won’t spray anything at all. Formula 1 partnered with Ferrari Trentodoc in 2021, and they will supply the podium events with their sparkling wine, which is technically not considered champagne.

What does the master of ceremonies do?

The master of ceremonies has a very important role in the podium ceremony. They are in charge of making sure everything goes smoothly. This means they must pay close attention to timing to make sure everything happens at the correct pace and that nothing is late. For example, when it’s time for trophies to be given out, they are the one who makes sure the heads of state are given the correct trophy to present to the winner. They must also enforce protocols by ensuring everyone is in the right place and following the rules and procedures.