How Much Does An F1 Driver Make? 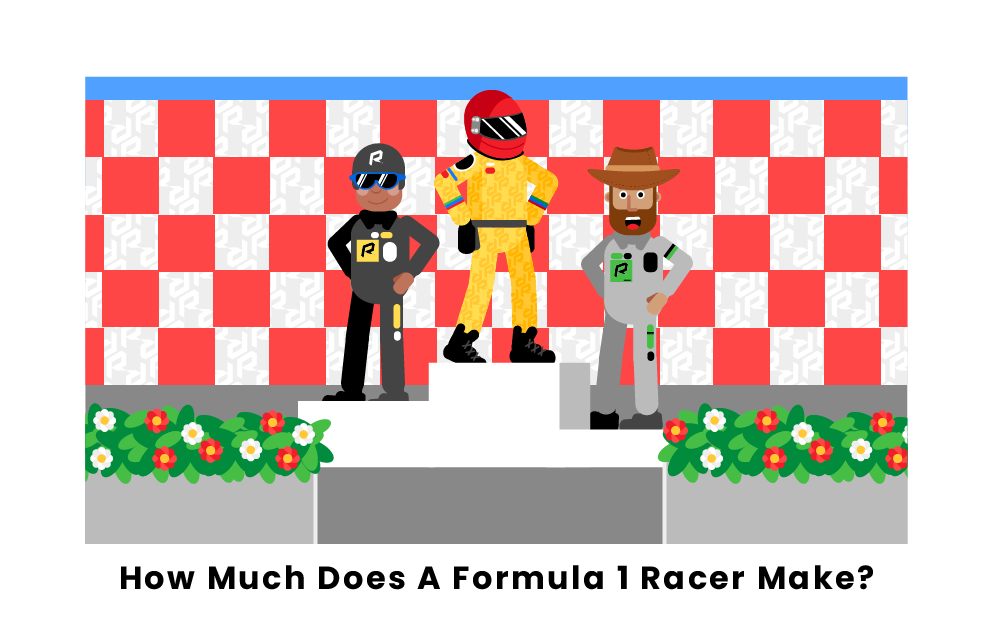 Formula 1 is a sport that revolves around money. It’s no cheap task to create a race car capable of competing at the highest level in motorsport, while continually developing the car throughout the year in order to keep it competitive. With all the money that Formula 1 teams spend on creating the best possible car, it only makes sense that they would want only the very best drivers operating those cars. With only twenty spots available from the ten teams, Formula 1 drivers are the very best in the world. Keep reading to learn about how F1 drivers make their money and who the highest-paid drivers in the sport are.

How Much are the Drivers’ Salaries?

Although the 20 F1 drivers are the best in the world, there’s quite a bit of variation in their skillset, and thus, their pay. Like any other sport, the best drivers make the most money, while the less skilled drivers make less. Leading the list of 2022 Formula 1 salaries is Lewis Hamilton, with an estimated $40 million per year in salary from his team, Mercedes. Seeing as Hamilton has won the Formula 1 Driver’s Championship seven times, won over a hundred Formula 1 races, and is considered one of the best drivers in the history of motorsport, it’s only fitting that he’s been paid such enormous sums of money. Other notable salaries include Max Verstappen of Red Bull with $25 million per year, Fernando Alonso with $20 million from Alpine, and Lando Norris also making $20 million from McLaren.

How do Formula 1 Bonuses Work?

In addition to earning a yearly salary, Formula 1 drivers also have the chance to make additional money through bonuses. Bonuses are earned by getting successful results in a grand prix, such as winning or making it onto the podium. However, bonuses are not distributed by Formula 1 or the FIA. Instead, they are distributed by the team, and each organization has different ways of doing so. For example, people estimate that Red Bull gives out the most bonus money to their drivers out of any of the other teams. It’s estimated that their two drivers, Max Verstappen and Sergio Perez, made a combined $30 million in bonuses during the 2021 season. Of course, it helps that Red Bull did a lot of winning during that season.

Can F1 Drivers Have Endorsement Deals?

Like many other professional athletes of different sports, Formula 1 drivers are allowed to partner with brands on endorsement deals. Again, the most popular or successful drivers will be making the most money through this avenue, as that’s who brands want to be associated with. Some of the more popular drivers, such as Verstappen and Hamilton after their 2021 season, are capable of making just under $100,000 per Instagram post. They’re also able to appear in commercials and wear apparel or accessories for brands, but always for a price. This is an especially important avenue for drivers who aren’t always able to make it onto the podium, as they can use their charm or popularity to generate revenue.

Who is the highest paid Formula 1 racer ever?

With his seven total driver’s championships, Michael Schumacher is the highest-paid Formula 1 driver ever. As such, he was rewarded with monumentally large salaries, endorsement deals, and bonuses. All told, it’s reported that Michael Schumacher has earned a total of close to $1 billion from his time in Formula 1. It’s unlikely that anyone will match this level of wealth generated from the sport, except for perhaps Lewis Hamilton.

Which Formula 1 race has the biggest purse?

Formula 1 is different from other motorsports in that no individual race has a prize pot. This means that teams do not receive money just from doing well during a single race. Formula 1 teams are awarded money at the end of the year, depending on their place in the standings after the last race of the calendar is finished. The teams that had more success throughout the season received more money than teams that didn’t.

Do Formula 1 racers earn a bonus for winning a race?

Some teams offer bonuses for their drivers if they perform well in a race. There is no set standard for how teams will pay drivers depending on their results. It is up to each team to work that out in the contracts that they have with their drivers. Some teams might offer bonuses for wins or podium finishes, while others might give bonuses for ending up “in the points,” which means that a driver finished a race in the top ten.

Pages Related to How Much Does An F1 Driver Make?