How Much Do Formula 1 Tickets Cost? 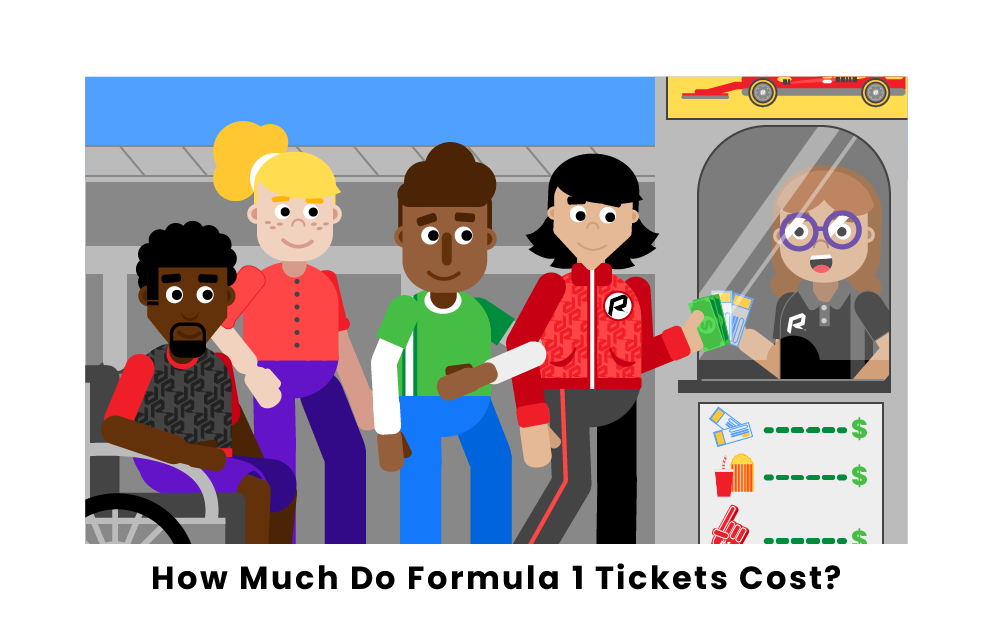 Every year, numerous Formula 1 races are held around the world. Supercharged racecars maneuver around tight turns and blast through open straightaways to provide fans with a thrilling, fast-paced experience. Attending Formula 1 events is becoming more popular for sports fans across the globe. To learn more about how much it costs to see one of these races in person, keep reading below.

Attending a Formula 1 event is no joke. Tickets are among the most expensive in sports, as limited races and seating drive high demand. For the 2022 season, the average ticket price for single-day admission is about $2,000. This number varies drastically depending on what type of seating and accommodations a fan is willing to pay for, and the average is somewhat inflated by the higher-end tickets, which can cost up to $13,000. The most basic form of ticket is a three-day weekend pass. This pass, usually ranging anywhere from $125-$225, allows fans to enter the event on Friday, Saturday, and Sunday. Fans can also buy single-day general admission passes, which can cost anywhere from $100 to over $180. Single-day passes on Sunday tend to be more expensive than Friday and Saturday passes. These tickets do not have assigned seating and are granted no special amenities, but they can take in the festivities that occur before and after the races. The most luxurious packages tend to include a number of desirable features, such as seating right above the racing team’s pit stops, an open bar, free food, and meet and greets with the individual drivers.

Visiting a Grand Prix race anywhere in the world will usually cost fans a sizable amount of money. There are only 22 races in each season, and they are held in big cities, so tickets are always in high demand. In 2022, the cheapest tickets available are for the Hungarian Grand Prix, where grandstand seats start at $127 per person. The next cheapest event is the Azerbaijan Grand Prix, where fans can find grandstand tickets as low as $135. These numbers are higher than what is seen in other sports such as baseball and basketball, and of course, they do not include airfare, hotels, or any other expenses a fan might have while attending the event.

While some of the Grands Prix in Asia can see tickets in the sub-$200 range, things quickly get more expensive when it comes to some of Formula 1’s biggest races. In the 2022 season, the most expensive grandstand tickets are for the Monaco Grand Prix, with prices starting no lower than $700. Monaco is home to one of the most famous race tracks in the world, and Formula 1 races that take place there are known to be more intense than most other events. Attending a Grand Prix in Monaco is something often done by celebrities who wish to take in the action while also enjoying a trip to Italy. The second-most expensive Formula 1 tickets in 2022 are for the Miami Grand Prix, where the cheapest seats sell for $640. Like Monaco, Miami has the allure of featuring more than just the race; fans can travel for the weekend and enjoy the events as well as South Florida.

There are a number of additional costs to consider when attending a Formula 1 event. Since it is an international sport, chances are fans will have to travel far distances to see their favorite drivers compete. Airfare can be expensive, and even once fans arrive, they must book hotels and spend money on food during their stay. Additionally, even once fans get to an event, there are costs that pop up. Buying any sort of concessions or merchandise can add to the total cost, meaning the ticket price is not the only thing to consider.

Like in all other sports, ticket prices for Formula 1 events vary drastically from race to race. As stated above, the difference between the least and most expensive races in 2022 is nearly $600, and several factors can influence this change. The main thing that factors into pricing is the country where the race is being hosted. Attending a Formula 1 event is about much more than just watching the cars race around the track for most fans. Many people will stay nearby the racetrack for the entire weekend, and so the more options the city or country has to go out, the more expensive the tickets will be. In addition, some countries have a storied legacy when it comes to racing, and their ticket prices reflect that. Races held in Italy or England tend to have higher ticket prices than those taking place in Asian countries.

Another perhaps obvious pricing factor is seating. Grandstands are set all around the track at Formula 1 events, but not all seats are created equal. Like at baseball or basketball games, seats located closest to the action are valued the most, and so they are more expensive than seats at the top of the grandstands. Additionally, fans must take their position relative to the track into consideration when purchasing tickets. Some fans might want to sit near the pit stops or at sharp turns where action may occur, while others want to be near the finish line. Seats near long straightaways and the finish line tend to be the most expensive tickets.

Finally, the timing of a fan’s purchase can greatly influence the price of the ticket. Formula 1 tickets usually sell pretty quickly, and so fans looking to get the best deals need to act fast. Tickets go on sale over a year in advance of races, and as the calendar draws closer to the event, prices usually surge.

Pages Related to How Much Do Formula 1 Tickets Cost?