How Does Scoring Work In Formula 1? 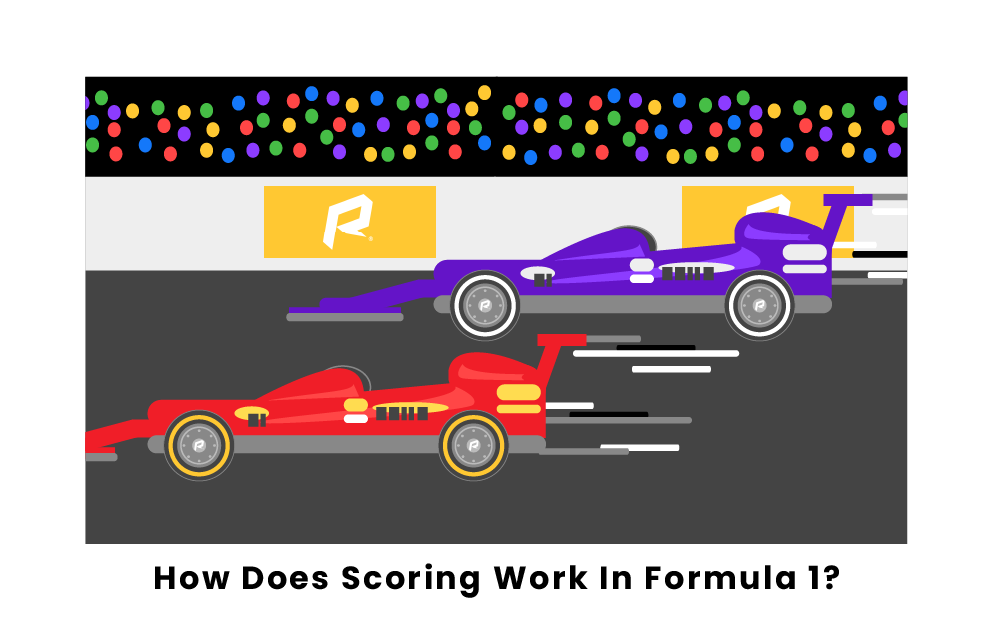 In Formula 1, scoring is determined by the positions drivers finish races in. The better position you finish in, the more points you receive.

Although people not very familiar with the sport may think that racers can't score in Formula 1, that is far from the truth. In fact, while winning races is certainly important, scoring points is the bigger goal in a Formula 1 season.

To understand point scoring in Formula 1, first, the season format must be understood. Each season has 23 races, or Grand Prix weekends, hosted all throughout the world. In those races, drivers are awarded points depending on what place they finish. Those points are added throughout the year, and whichever driver has the most points at the end of the season is declared the Driver’s World Champion.

The points system in Formula 1 has changed many times during its long history. Today, the 10 best-placed drivers in a race get points as follows:

In addition, the driver that posts the fastest lap in the race also gets an extra point, as long as they are in the top 10.

For teams that do not have the means to contend for the World Championships, finishing inside the scoring zone is considered to be the goal, and for some teams, doing so is what characterizes a successful race weekend. Analyzing the point standings is a good way to understand which teams are the strongest. Points are also used to compare teammates. If, throughout a season, a driver has many more points than their teammate, it can be said that they have been performing better than the teammate, as they have similar cars using the same setup.

It can happen that on a race weekend, not all points are awarded. Formula 1 races are subject to suspension or cancellation, mainly because of bad weather. If a race is ended early, before 75% of the original race distance is completed, drivers are awarded only half of the points they would have originally gotten. In extreme situations, when less than two full laps are completed, no points are awarded to anyone.

A Formula 1 Sprint is an extra race that happens after qualifying and before the main race of the weekend. Sprint races were added to the F1 season in 2021. They are held on the same track but are only one-third of the distance. The winner of the sprint is granted eight points. From there, the drivers that come in second through eighth place are awarded 7, 6, 5, 4, 3, 2, and 1 point(s), respectively. The winner of the sprint also gets to start in first place (pole position) during the main race. Only three race weekends throughout the season feature a sprint.

F1 drivers and teams can have points deducted from their season totals for the Driver’s World Championship and Constructors’ World Championship, but this rarely happens. Point deductions can have a catastrophic effect on an F1 team, changing their overall placement for the season and losing them millions of dollars. In addition, fines or exclusion from future races or championships can accompany point deductions.

How are points awarded in F1?

In Formula 1, points are awarded based on the driver's finishing position in a race. While the format has changed over the years, today, the top 10 drivers get points, going from 25 points for the first-placed driver to one point for the tenth-placed driver. In addition, the driver who posts the fastest lap during a race gets an extra point if they finish in the top 10. Their associated constructor also earns a point for the fastest lap.

How does a Formula 1 race work?

There are 23 races in a Formula 1 season, hosted at an equal number of different circuits around the globe. Therefore, a race is never the same as other races. Each race has a predetermined number of laps, which varies as the length of each circuit lap differs. Whoever crosses the finish line first after the last lap wins the race. Afterward, the top three finishers are awarded trophies and champagne in a ceremony.

How is pole position determined in F1?

What is the prize money for winning an F1 race?

Drivers certainly get money for winning races and performing well. However, those values are not disclosed by F1 organizers, and it follows a pretty complicated system. Basically, drivers get their prize money depending on the team's overall performance, the percentage of points they brought to their teams, and how long they've been driving. Therefore, a driver who has been in Formula 1 for ten years but hasn't won that many races in a season may still earn more money than a rookie who has won several races.

Pages Related to How Does Scoring Work In Formula 1?