How Do F1 Drivers Go To The Bathroom During Races? 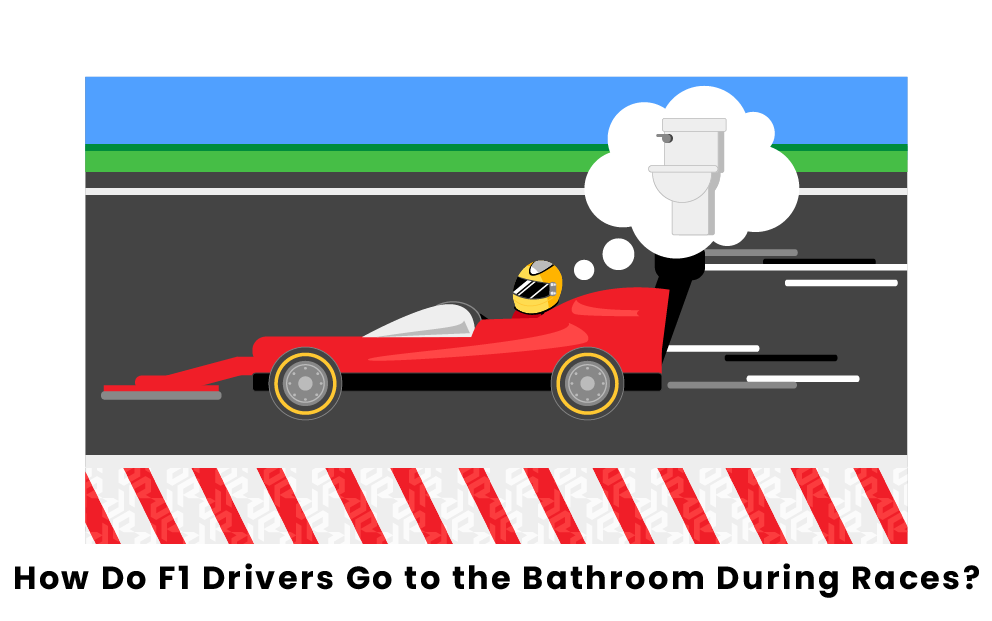 In the world of motorsports, a driver spends almost every second of competition inside their vehicle, especially in the realm of Formula 1 racing. With races lasting anywhere from an hour-and-a-half to two hours, the drivers can't exactly get out of their car to use a restroom if nature calls. So, how do F1 drivers go to the bathroom during races?

How Do F1 Drivers Go to the Bathroom During a Race?

While F1 racing is one of the most technologically advanced sports in the world, there is no technology developed for drivers needing to relieve themselves. They simply soil their pants while driving. Some drivers even wear adult diapers or other garments of clothing underneath their suits specifically to address this issue.

The underlying premise of racing is that you need to finish a certain amount of laps in the shortest time possible. At the level of competition that F1 demands, every millisecond of time counts, and there is no time for drivers to be distracted. Due to this, the most time-efficient and resource-efficient way to deal with drivers relieving themselves is to just have them do it while they are driving.

Beyond the simplicity of the solution developed, F1 cars are constantly being designed to be lighter so they can reach higher speeds. Any mechanism designed for the comfort of the driver, such as a waste system, would add weight to the vehicle that doesn't necessarily need to be added. As such, most F1 drivers, if they need to go, simply go inside their suits, and wash them before the next race.

Do All F1 Drivers Use the Bathroom During Races?

While some drivers do feel the urge to relieve themselves during races, many simply are so focused on racing that certain bodily functions are not even a thought in their head. Professional F1 racer Lewis Hamilton has gone on record saying that he has never felt the urge to use the bathroom during a race, and has never done so accordingly.  However, some F1 drivers regularly relieve themselves during races, but unsurprisingly, it is not a topic which is discussed often in post-race interviews. Some F1 drivers, and even some NASCAR drivers, have admitted to trying catheters, diapers, or other methods in order to mitigate the impacts or discomfort that comes with using your driving suit as a personal toilet.

How Do F1 Drivers Prevent the Need to Use a Restroom?

In the case of liquid waste, the solution is simple: use the suit. However, for more solid waste options, there is actually a system in place to negate or prevent it from occurring. F1 drivers maintain a very strict diet and physical exercise regiment in order to keep their bodies and minds in top shape for racing. Part of the dieting done before races involves eating and preparing foods that will be less likely to upset the stomachs or bladders of the drivers during a race. Additionally, many professional F1 racers have a routine of using the bathroom before a race so that nothing occurs during a race that would disrupt the concentration or ability of the driver. The main focus of the F1 driver is to be the fastest on the track, and any distraction, no matter how small, can have a massive impact on how well a driver performs.

Pages Related to How Do F1 Drivers Go To The Bathroom During Races?