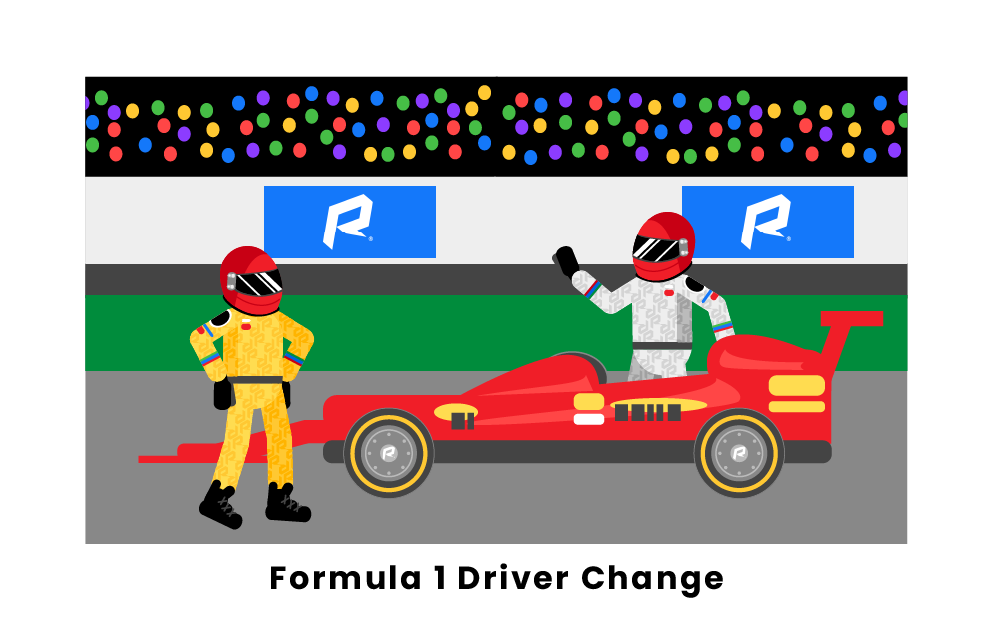 Formula 1 drivers are some of the highest-paid and hardest-working athletes in the world, often spending more than 15 hours a day at the track during race weekends. Their days are filled with training, testing, meetings, and promotional and media appearances between races.

Every driver does their best to attend each event during a race weekend. When a driver cannot make it to practice, qualifying, a sprint session, or even a race, a substitute driver must take their place. Here are the rules that dictate how driver changes are made in Formula 1.

The most important rule about changing drivers in Formula 1 is that each team can only use four total drivers to pilot their cars during all of the season’s races, sprints, and qualifying sessions. Other drivers are allowed to participate in practice sessions.

The four-driver rule is why teams employ only two primary drivers in nearly every session and race during a season while retaining one or two backup drivers used only in emergencies. This is in contrast to some other racing series, which permit several different drivers to pilot a single car in various races throughout the season. The limit of four drivers is also why primary drivers in Formula 1 are typically not replaced mid-season, even in the face of poor performance.

Driver changes may be made at any time, as long as the stewards approve them before the start of the session. The stewards may also make exceptions to allow more than four total drivers to be used by a team in extraordinary circumstances.

If a driver change is made after the car has undergone its initial scrutineering inspection, the substitute driver must use the same engine, gearbox, and tires in the race.

The restrictions on changing drivers in practice sessions are looser, as teams are allowed to use as many drivers as they like, provided a few requirements are followed. Any driver participating in practice must have either a Super License or a Free Practice Super License. When using drivers outside of their main four, teams must notify the stewards at least 24 hours before the substitution.

In practice, substitute drivers cannot change the competition number, engine, or tires from those used by the original driver. Only two drivers per team may be used in any single practice session.

Formula 1 has a rule that requires teams to utilize a developing driver in each of their two cars in at least one session during the season. These drivers must not have competed in more than two Formula 1 races in their careers. Teams must notify the FIA at least seven days before substitutions involving developing drivers.

If a team uses a backup driver in any race or session, including practice, who has not competed in a Formula 1 race within the past two years, they must give that driver an extra practice session. Aimed at helping developing drivers get as much seat time as possible in a Formula 1 car, this session can take place any time between two weeks before the substitution and the end of the season. However, the practice session must take place separately from the normal race weekends and at a non-Formula 1 track.