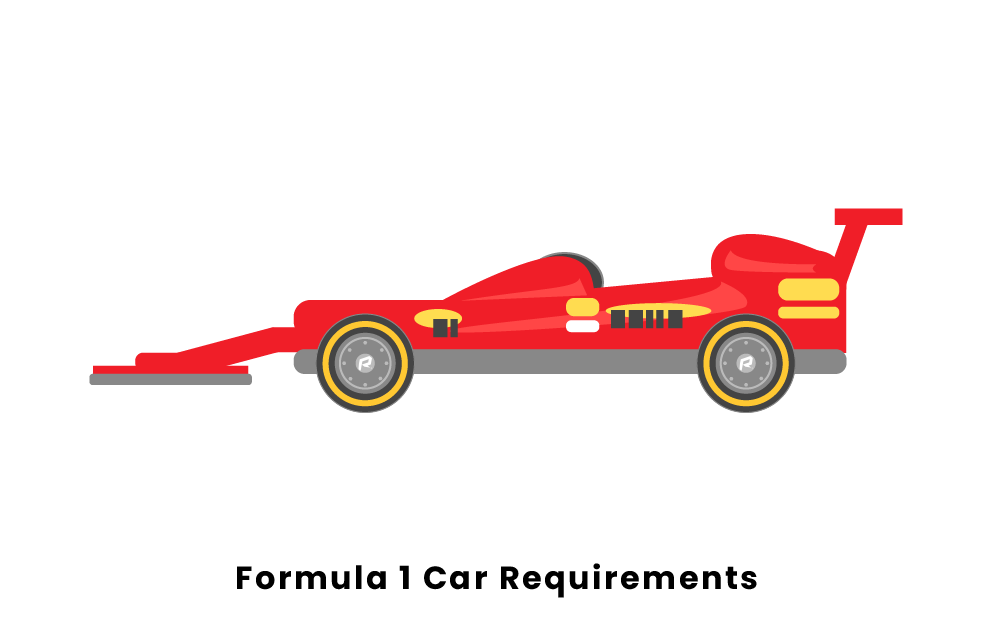 As the highest class of international car racing, Formula 1 Racing requires a unique and premium car style. Like any sport, it also requires administrative regulation to ensure safety and an even playing field during competition. Listed below are the car requirements officially sanctioned by the Fédération Internationale de l'Automobile (FIA).

According to the FIA manual, one of the first main areas of Formula 1 car requirements is accident data recording. The first rule of said area is that all cars must be fitted with an FIA accident data recorder during each competitive event and all TCCs (Testing of Current Cars) attended by more than one competitor team. Competitors are thus required to ensure that the recorder is in working order at all times to the best of their ability.

The second FIA rule of accident data recording is that each driver must wear in-ear accelerometers that have been manufactured by an FIA-designated supplier to exact specifications determined by the FIA. As with accident recorders, these accelerometers must be worn by the driver of any car during each event and all TCCs attended by more than one competitor team. Likewise, said competitors must do their best to ensure that the accelerometers are in working order at all times.

The third FIA rule concerning accident data recording is that each driver must wear a biometric glove that the FIA-designated supplier has manufactured. These gloves must be worn at each competitive event and testing to ensure proper aid is provided in attempting driver rescue.

The fourth FIA rule of accident data recording is that competitors must make the data record available and accessible to the FIA following any accident or incident. In accordance with this ruling, a representative of the competitor team may be present when data relevant to said accident or incident is being uploaded from the recorder. Additionally, a copy of the data uploaded will be soon made available to the relevant competitor team.

The fifth and final FIA rule of accident data recording is that any conclusions as to the cause of an accident, or any data relevant to an accident, may only be published in the form of a report that has been agreed upon by both the concerned team and the present FIA officials.

According to the FIA manual, the second main area of Formula 1 car requirements is coverage. For the entire duration of any competitive event, no screen, cover, or other obstruction that obscures any part of a car will be allowed in the paddock, garages, pit lane, or grid area. The only exception to this ruling is under the circumstance that it is clear any such covers are needed solely for mechanical reasons, such as protecting against fire.

Covers that are permitted under FIA guidelines:

Covers that are not permitted under FIA guidelines: 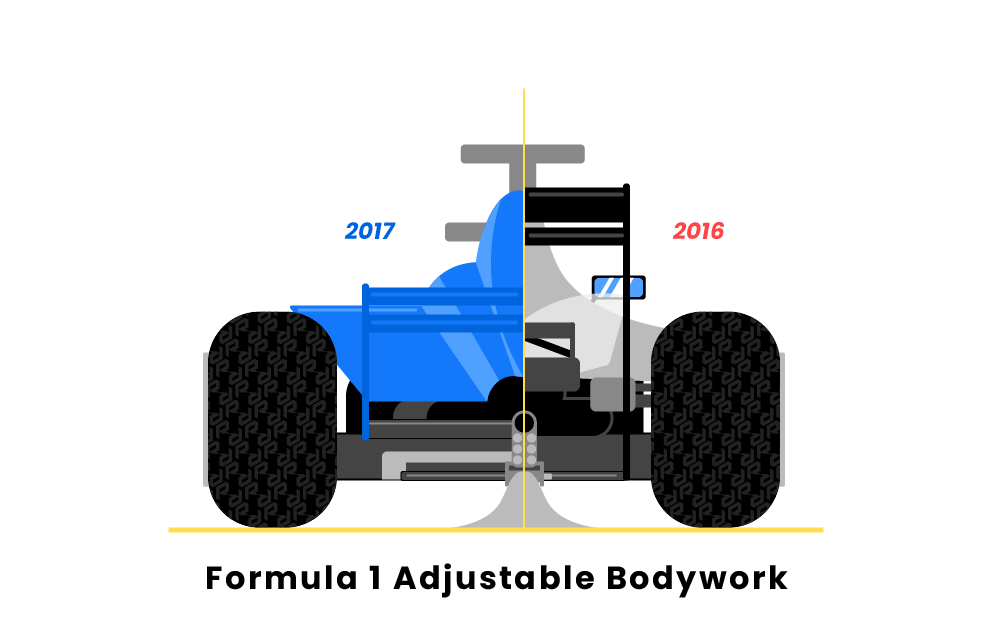 The third main area of Formula 1 car requirements is driver-adjustable bodywork. The first rule in this area is that the driver may only activate the adjustable bodywork in predetermined activation zones around each circuit. In conditions of poor visibility, the FIA-designated Race Director may disable all such bodywork systems until conditions improve. If this exceptional event occurs and any adjustable bodywork is disabled during any of the three periods of the qualifying practice session, it must remain disabled for the remainder of the relevant period.

The second FIA rule concerning driver-adjustable bodywork is that the driver may activate said bodywork only after completing two laps after the race starts or following a safety car period. Under the same guidelines, the driver is also only allowed to proceed with activation when he has been notified via the control electronics that it is enabled. However, this second point only applies if they are less than one second behind another at any predetermined detection points around each circuit.

The third and last FIA adjustable bodywork rule is that drivers may use adjustable bodywork in the event of a system failure. However, this overriding of the system is only allowed if the concerned competitor asks the FIA-designated Race Director and is subsequently given permission. Once the failure is rectified, this override is declared forfeit by the same Race Director. 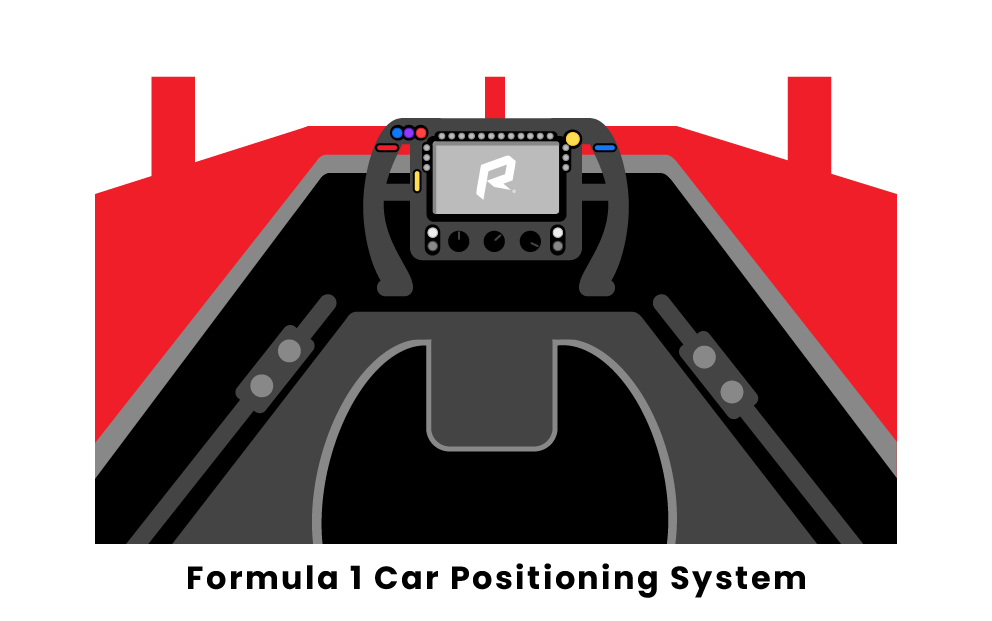