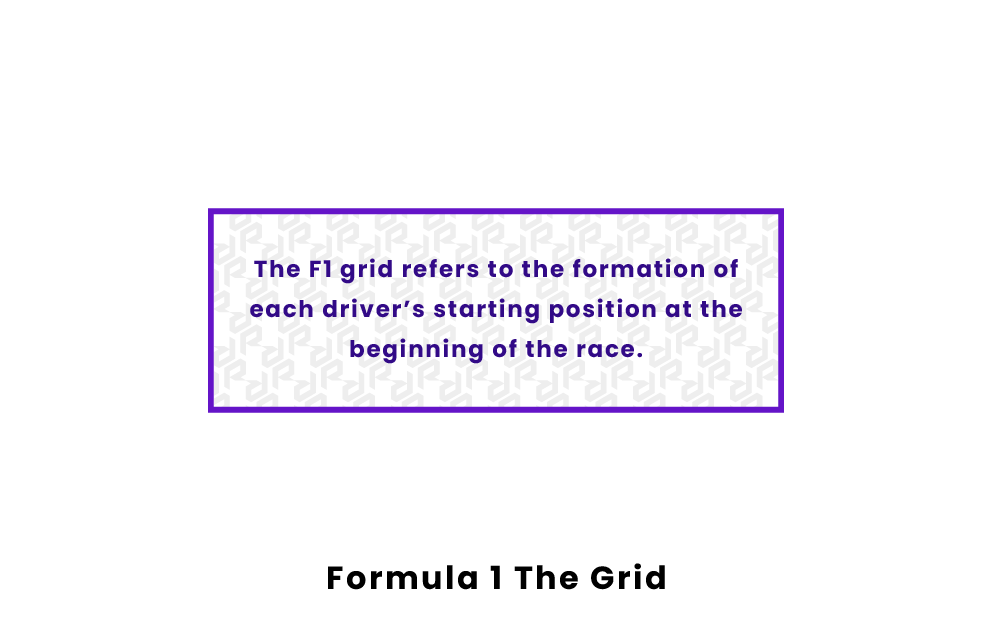 Formula 1 is a sport in which overtaking is difficult, and track position is of utmost importance. The F1 grid refers to the formation of each driver’s starting position at the beginning of the race. Where a driver starts on the grid can significantly impact where they finish the race, so ensuring a favorable grid position is a part of any successful race strategy. These are some rules that  Formula 1 drivers must follow when competing for grid position, as well as the procedures that the FIA, the sport’s governing body, utilizes to place drivers on the grid. 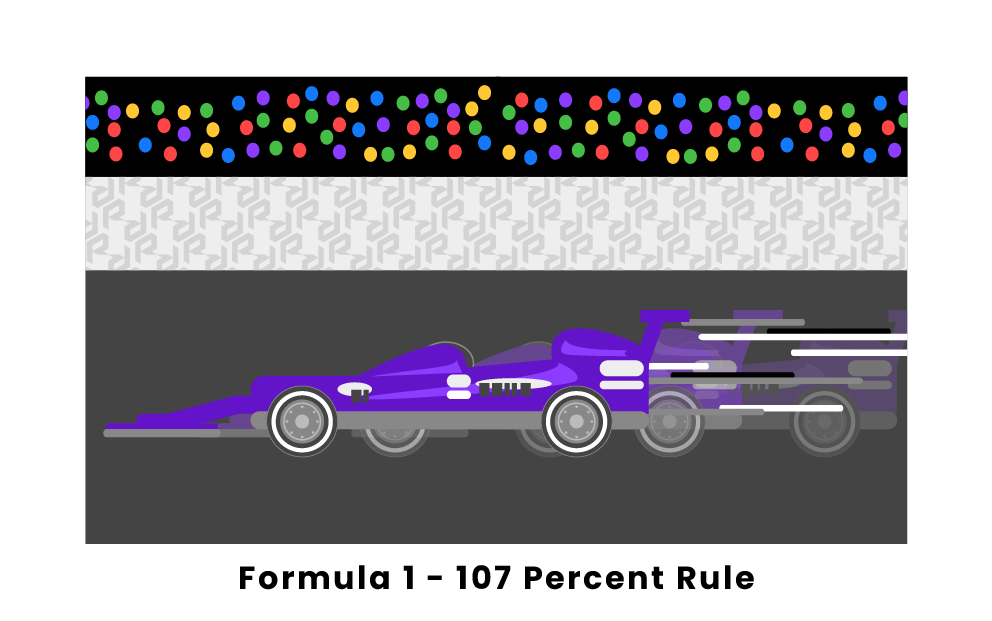 The main factor used to determine a driver’s starting position on the grid is the time they set in qualifying. Overall, the procedure for placing drivers on the grid is designed to reward the drivers who set the fastest qualifying times by starting them at the front of the field.

In addition to these qualifying procedures, the FIA has a rule called the 107 percent rule, which prevents any under-performing cars from competing in the race, thus ensuring the quality of the field. The rule applies specifically to the five slowest cars, which are automatically eliminated from qualifying after the first of the three sessions. If any of those five eliminated cars have failed to record a qualifying lap, which is at most 107 percent of the duration of the fastest lap recorded during that first session, they will not be allowed to start the race. In other words, if a driver is one of the five slowest in the first qualifying, they must record a lap time within seven percent of the fastest recorded lap during that session. Otherwise, they will be disqualified from the race.

The 107 percent rule does not apply if the race director declares the track to be wet. Also, race stewards may overlook the rule in exceptional circumstances, allowing a driver to start who would otherwise be disqualified. An example of such circumstances is a driver recording an acceptably fast lap in a previous practice session. 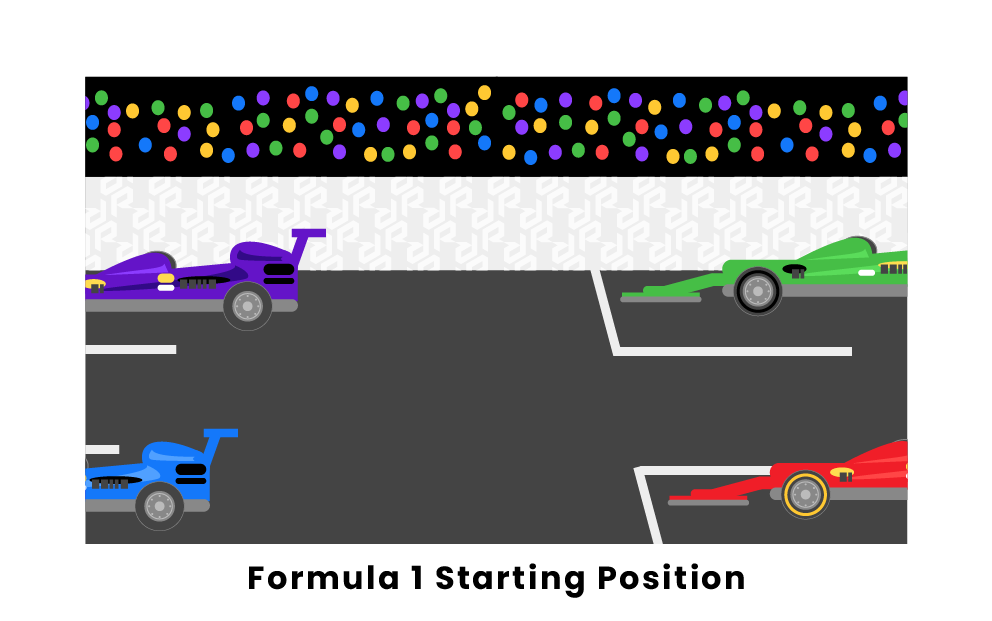 Starting positions in Formula 1 are mainly determined by the results of qualifying, which takes place over three sessions. At the end of the first qualifying session, lasting 18 minutes, the five slowest cars are eliminated from qualifying. The remaining 15 cars advance to the second session, and their times are discarded. The second session lasts 15 minutes and ends with the five slowest cars being eliminated from qualifying. The ten remaining cars have their times discarded and then move on to the third and final qualifying session, which lasts 12 minutes.

The times recorded during the third qualifying session directly correlate to the top ten starting positions on the grid. The driver who sets the fastest time starts in the first position, with the slowest starting in the tenth position. Based on their qualifying times, the other eight drivers are slotted into the remaining top ten positions.

If there is a tie during any qualifying sessions, precedence is given to the driver who recorded the time first.

The stewards have the ability to penalize drivers for various infractions, including using too many restricted number components by either moving their car back any number of positions on the grid or moving it to the back of the field entirely. Any of these penalties are applied after the initial grid has been set using the qualifying procedure.

The grid positions are painted onto the racetrack in a staggered formation, with each row containing only one car and the rows alternating between staging a car on the right side or the left side of the grid. The rows are spaced 16 meters apart.

The starting grid must be published at least four hours prior to the start of the formation lap. If any team comes to know or suspect that their car will be unable to compete because of equipment or technical problems, it is that team’s responsibility to notify the race stewards as soon as possible.

If a car is unable to compete, it will be removed from the grid, and the positions behind it will be closed up accordingly. The latest time at which it is acceptable to communicate potential problems to the stewards is one hour and 15 minutes prior to the start time. This is because the final grid is published exactly one hour before the start of the formation lap, and the stewards must be made aware of equipment issues before then.

Pages Related to Formula 1 The Grid