Why Do So Many NFL Quarterbacks Come From Small Colleges? 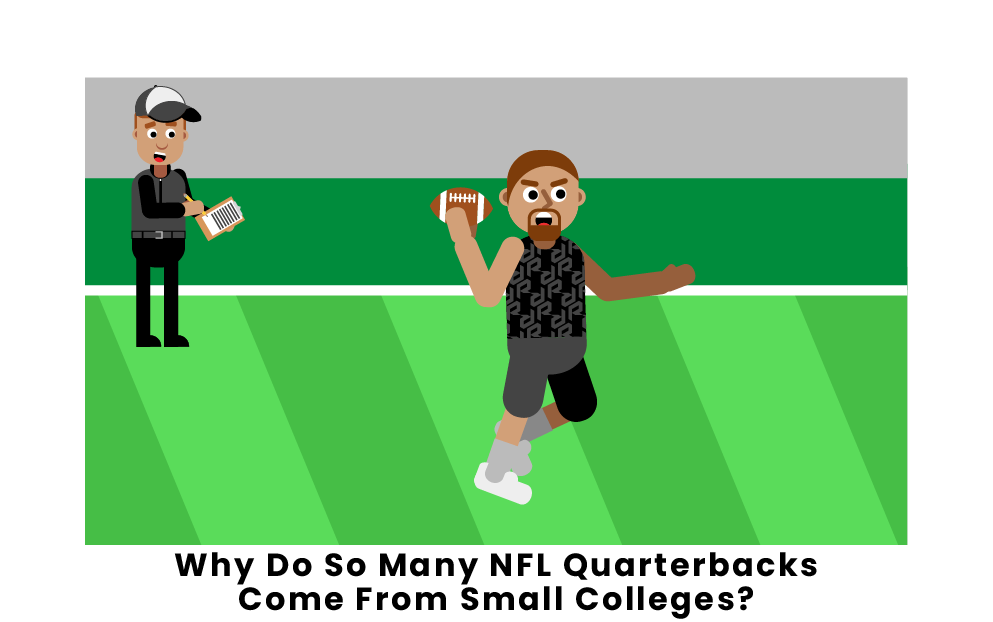 When considering the elite array of starting quarterbacks in the NFL, one might assume that these high-profile players almost always come from the biggest, most popular, or most well-known colleges in college football. While there are certainly plenty of NFL quarterbacks that come from schools like Alabama, Oklahoma, and Ohio State, there are also lots that played college ball at smaller schools. There are several reasons for this, and the remainder of this piece will discuss those reasons, as well as some of the more famous small-college quarterbacks.

How do Quarterbacks Go From Small Schools to the Pros so Often?

There are lots of reasons to point to as far as why quarterbacks from smaller schools make it to the NFL so often. One of them is the imperfect process that is high school recruiting for colleges. While schools, coaches, and scouts put in countless hours and dollars into recruiting the best high school players for their program, the process still has some flaws. It is impossible to see every high school player in the country, and inevitably, some talented players will slip through the cracks, past the likes of Alabama, Oklahoma, Ohio State, and others, ending up at smaller schools.

Additionally, even if a player is not talented enough to go to one of the bigger schools right out of high school, the time spent in college can allow a player to develop into a pro-level quarterback. NFL teams are not biased towards the bigger schools, and if they see that a player has developed at a lower-level program into a pro prospect, they will certainly take a look at him.

Lastly, players at smaller schools can actually sometimes stand out more than those at larger schools. This is because they typically are playing with less talent around them than those at Alabama, Oklahoma, Ohio State, etc.. If they look like pro players without pro-level talent around them, that makes them stand out more in the scouting world. By contrast, players at bigger schools are often scrutinized for having too much talent around them and questioned on whether or not they can match that level of talent at the next level, where the talent is more balanced.

Who are Some Quarterbacks in the NFL Today from Smaller Colleges?

In the current NFL, there are several starting quarterbacks who attended smaller schools in college. One of the most well-known is Josh Allen of the Buffalo Bills. Allen attended the University of Wyoming and was drafted by the Buffalo Bills in 2016. While his first few years in the league were rough, Allen has turned into one of the best quarterbacks in the league. He led the Bills to the AFC Championship game in 2021, accumulating a 63.3% pass completion rate that season, 4,407 passing yards, and 36 passing touchdowns; his 2022 season is shaping up to be similarly impressive.

Other small-school starting quarterbacks in the league include Jimmy Garoppolo (Eastern Illinois) of the San Francisco 49ers, Mike White (Western Kentucky) of the New York Jets, Taylor Heinicke (Old Dominion) of the Washington Commanders, and Kyle Allen (Houston) of the Houston Texans.

Who Are Some of the Best Quarterbacks All-Time from Smaller Colleges?

Below is a list of some of the greatest quarterbacks of all time who attended small colleges. They are listed in alphabetical order by last name.

Pages Related to Why Do So Many NFL Quarterbacks Come From Small Colleges?