Why Do Football Players Wear Bands Around Their Biceps? 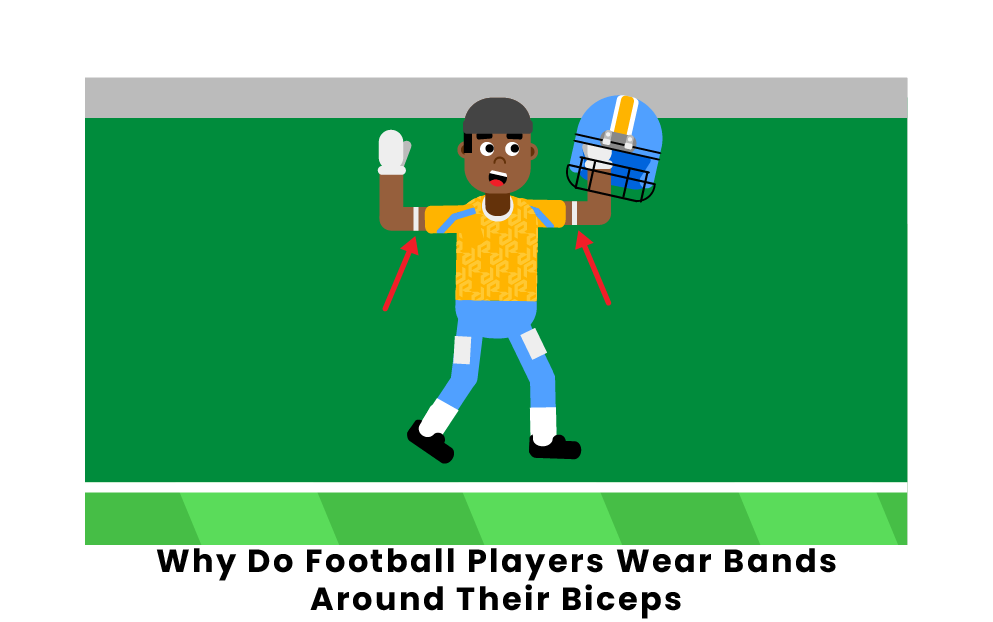 If you have ever watched a game of American Football on television, you have probably noticed that some players wear bands around their arms and biceps. They're a very noticeable and distinct garment that's hard to miss. Why do players wear them? What's the benefit of wearing bands on your arm? Is there actually a point? Keep reading to find out!

What are Bicep Bands?

Bicep bands are an athletic accessory commonly used in American professional sports. They are elastic and absorbent garments meant for a tight fit around an athlete’s upper arm or bicep. However, players wear them in different locations based on individual preferences. Bicep bands are made of elastic and stretchy materials such as cotton, nylon, or terry cloth. Despite looking like big rubber bands, bicep bands are in no way related. They come in a variety of colors and designs and are often worn as fashion accessories. Bicep bands are used in other sports besides football as well, including weightlifting, soccer, lacrosse, and running.

What is the Benefit of Using Bicep Bands?

The main benefit of the bicep band is to collect sweat and prevent it from interfering with a football player's ability to grab or handle the football while in a game situation. In usage, bicep bands are quite similar to wristbands or headbands in that they prevent perspiration from affecting a player’s athletic ability. Some claim that the tension and resistance caused by the bands also aids in pain reduction and prevents muscle tears due to a lower amount of circulation. However, studies have found that there is no direct medical benefit associated with the usage of bicep bands. In addition, the bicep band is a fashion accessory for some players. It gives individual athletes more ways to express themselves and helps them stand out.

Why Do Players Wear Bicep Bands?

The main reason players wear bicep bands is to prevent sweat from impeding their playing ability. However, that is about the only practical reason that bicep bands are worn. So why can you see them so commonly being worn? Well, it comes down to fashion and individual preference. The aesthetic significance of the bicep band is part of its importance as a way for a player to express themselves. Since they come in a wide variety of styles, colors, and designs, sweatbands give players the option to show off their personality. Beyond all of this, some players really believe in the supposed medical benefits of bicep bands, although there is little evidence to support this. Since there are no real benefits to using the bicep bands, there aren't any real drawbacks either. It all comes down to the personal preference of each player and if they feel like wearing a bicep band.

Pages Related to Why Do Football Players Wear Bands Around Their Biceps?