Who Are The San Francisco 49ers' Biggest Rivals? 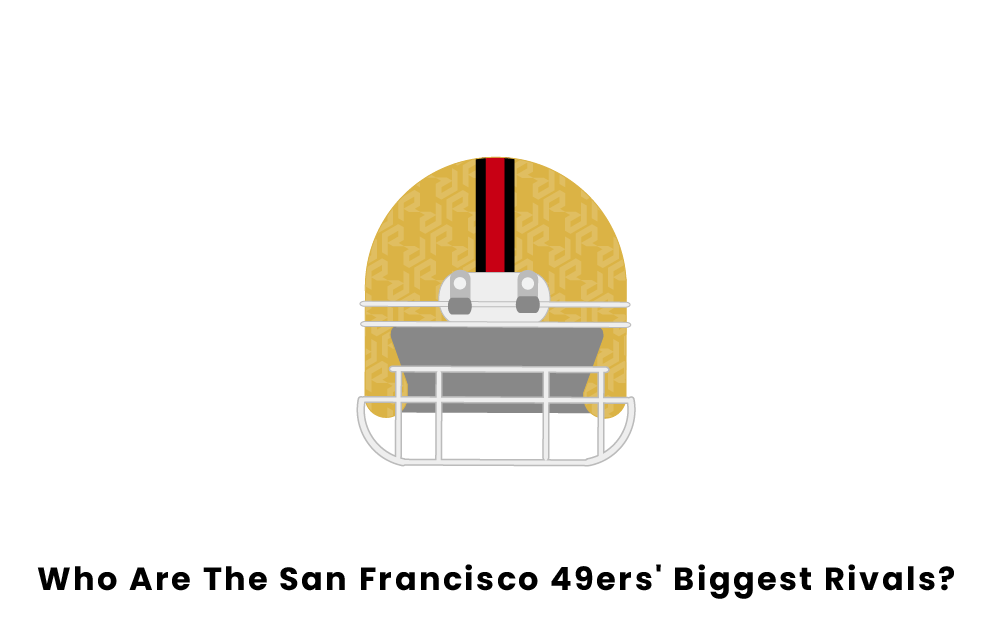 The San Francisco 49ers have had many rivals over their years in the NFL. The biggest of those rivals have been the Seattle Seahawks, the Los Angeles Rams, the Dallas Cowboys, the Green Bay Packers, and the Las Vegas (formerly Oakland) Raiders. The Seahawks and Rams rivalries are due to the NFL divisions where the 49ers play each of those teams twice per year. The Cowboys, Raiders, and Packers, however, are due to other circumstances.

The 49ers have recently added the Seahawks to their list of rivals, and over the last 15 years, this rivalry has slowly become one of the biggest rivalries in the sport. From 2010 to 2013, both of these teams were fighting for the division title and met many times in the playoffs. Along with playing each other twice a year, these playoff series added to the bad blood between the two teams. The rivalry was solidified during a playoff game in 2013. With very little time left on the clock, the 49ers were driving down the field. After getting stopped on third down, they had one more shot to win the game. Colin Kaepernick, then the quarterback for the 49ers, attempted a pass to Michael Crabtree. The ball was swatted out of the air by All-Pro cornerback Richard Sherman. After the game, Sherman trash-talked the 49ers and made the rivalry and hatred deeper.

This rivalry is still alive today, as was displayed in the 2023 Wild Card game between the two teams, which occurred on January 14, 2023. Both teams made clear before the game that they hated the other team, and during the game, things got chippy on several occasions and small fights broke out.

The Rams have been rivals with the 49ers for what seems like forever. After playing one another twice a year for basically 70 years, it is hard not to have bad blood. The rivalry was at its peak during the 1980s, as while the Rams entered that decade looking like the best team in the NFL, the 49ers were just finding their stride. The new quarterback for the 49ers during this time was Joe Montana, who is widely considered one of the greatest quarterbacks of all time. He, along with great defense and some great weapons around him, brought the 49ers to greatness, but consistently ran into the greatest team in the NFL at the time, the Rams. This rivalry has picked back up in recent years, as both teams have been competing for the Super Bowl, meeting in the playoffs many times.

The last time they met in the playoffs was the NFC Championship Game on January 30, 2022, in which the game was won by just three points after a mistake by the 49ers’ defense. This is not just a rivalry on the field, but also in the stands. Many of the 49ers’ fans love to travel to Los Angeles in order to fill up the stadium and make it feel like a home game for their team. The 49ers play at Levi’s Stadium, and consider the Rams’ stadium, SoFi Stadium, to be “Levi’s South” because of how many 49ers’ fans often show up there.

The 49ers and Cowboys may not seem like a huge rivalry nowadays, but back in the 1980s and 1990s, this was one of the biggest rivalries in the NFL. Both of these teams saw a lot of success in those decades, meaning that their paths crossed in the playoffs time and time again. During the 1980s and 1990s, the 49ers won five Super Bowls, and the Cowboys won three of their own.

The true hatred between these two teams started in 2000, when superstar 49ers’ wide receiver Terrell Owens, after scoring a touchdown, ran to the Cowboys star logo at the 50-yard line and put his arms out in celebration. The Cowboys did not take kindly to that and, the next time they scored, their player went out and copied Owens to figuratively “take back” their star. After scoring again, Owens sprinted back out to the star and shoved the ball into it. The Cowboys’ players hated this and a fight broke out between the two teams. Ever since, the rivalry has been alive and well.

The 49ers’ rivalry with the Green Bay Packers is another that started in the 1990s. This rivalry, however, has continued until today. The reason why this rivalry is coming back three decades later is due to the 2005 NFL Draft. In this draft, the 49ers held the first overall pick and were in desperate need of a franchise quarterback. In this draft, there was a clear top two quarterbacks: Alex Smith and Aaron Rodgers. Aaron Rodgers played in the Bay Area at the University of California, Berkeley, and was seen as the 49ers’ clear choice. He even believed that himself, as the 49ers allegedly told Aaron that they were planning on drafting him.

On draft day, Rodgers fully expected to be picked first, but when that pick came through, the 49ers passed on Aaron Rodgers and picked Alex Smith. However, Aaron Rodgers is now widely considered one of the most talented quarterbacks of all time, and it is very likely that he could have helped the 49ers win multiple Super Bowls. Each time these two teams play, the 2005 draft is brought up. These teams have also met in the playoffs many times, with the 49ers having sent the Packers home each of those times.

This rivalry is similar to the New York Jets and the New York Giants. The Raiders spent many years located just a few miles away from the 49ers. This is when they were the Oakland Raiders. This rivalry was based on bragging rights within the Bay Area, and the fans loved it. With the teams being so close to each other, the stadiums were almost always a mixture of fans that created a great environment for the rivalry to grow. With the Raiders moving to Las Vegas, the rivalry may lose some intensity, but as of now, the teams still maintain their old spark.

Who is the biggest rival of the San Francisco 49ers?

The biggest Rival of the San Francisco 49ers is the Seattle Seahawks. As this rivalry has been hatched more recently than some of the older rivalries, such as the Cowboys, the hatred is new and growing between these two teams. This rivalry started in the early 2010s, when both teams were fighting for the top spot in their division.

Are the Arizona Cardinals and the San Francisco 49ers rivals?

Pages Related to Who Are The San Francisco 49ers' Biggest Rivals?