Who Are The Pittsburgh Steelers' Biggest Rivals? 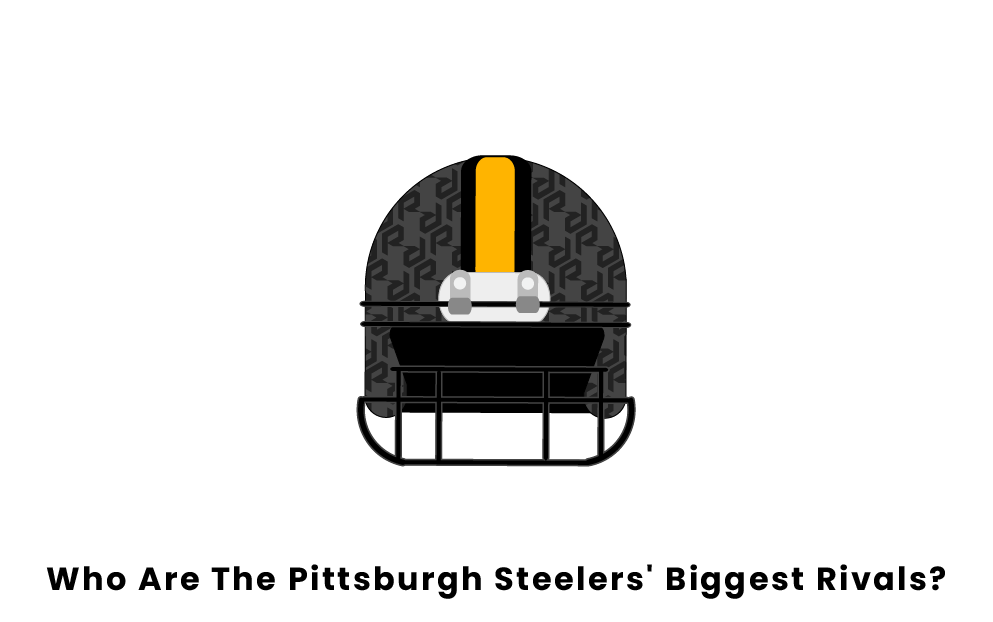 Although the Ravens only joined the NFL in 1996, they have quickly become the Steelers’ biggest rivals. In recent years both Steelers and Ravens have become similar in their playing style when it comes to their gritty defense with dominant defensive lines and some of the best players in the league in their secondaries. The Steelers lead 3-1 in their playoff meetings, including a 23-14 win in the 2008 AFC Championship Game, which preceded their Super Bowl win against the Arizona Cardinals.

Despite having met only three times in the playoffs in their whole history, Browns and Steelers share one of the oldest rivalries in the NFL, as the two teams have played each other over 140 times in the regular season.

After years of losing records by the Browns, the rivalry gained its relevance back once the Browns built a new core with Baker Mayfield under center and reached its modern peak during their Week 11 encounter in 2019. In the last seconds of the game, with the score already decided in favor of the Steelers, a brawl sparked between Browns defensive end Myles Garrett and Steelers quarterback Mason Rudolph, ending with Rudolph being hit by Garrett with his helmet.

The Cincinnati Bengals joined the NFL in 1970 and immediately started playing in the AFC Central, the same division as the Steelers. Soon the two teams became rivals, and to this day, they have met over 100 times in the regular season and twice in the playoffs, with the Steelers having the edge in both.

Similarly to the rivalry with the Browns, the competitive spirit of the two teams has turned into violent plays and brawls in many of their matchups throughout the twentieth century. Particularly, there was an exchange of illegal hits between Bengals linebacker Vontaze Burfict and various Steelers receivers, resulting in suspensions on both sides.

Although the Titans and Steelers stopped playing in the same division in 2001, the rivalry between the two teams has kept on going over the years. The two teams have met four times in the playoffs, including two back-to-back AFC Championships in 1978 and 1979. The Steelers dominated both contests and won the 1989 Wild Card Game, but the Titans took home their last playoff matchup in the 2002 AFC Divisional Round.

Raiders versus Steelers is another classic rivalry in the NFL as the two teams met six times in the playoffs in 11 years, including three consecutive AFC Championship finals between 1973 and 1975.

Despite losing nine out of their 15 matchups in the 1970s and 1980s, the Steelers still had the edge in the playoffs as they came out as winners in the 1973 and 1974 AFC Championship rounds, which eventually led to the first two Super Bowl titles in franchise history. The greatest moment in the history of their rivalry came in 1972 when Steelers running back Franco Harris sealed the game with the “Immaculate Reception,” a miraculous walk-off touchdown in their first-ever playoff meeting.

The Steelers versus Patriots rivalry is one of the most recent in the NFL, as the two teams dominated the scene in the AFC in the first two decades of the 21st century, combining for 12 Super Bowl appearances in eighteen seasons. The two teams have met 29 times in the regular season, with the Steelers having the edge with 15 wins. However, the Patriots have the edge in the playoffs as they won four out of their five clashes, including three AFC Championship wins in 2001, 2004, and 2016.

Who is the biggest rival of the Pittsburgh Steelers?

The Baltimore Ravens are the Pittsburgh Steelers’ biggest rival. The Ravens were formed from the Cleveland Browns, another major rival of the Steelers. The Ravens and the Steelers compete for the top of the AFC North nearly every season and are both known for dominant defenses and run offenses. The Steelers lead the series 33-25 and lead the playoff series 3-1.

Pages Related to Who Are The Pittsburgh Steelers' Biggest Rivals?