Who Are The New York Jets' Biggest Rivals? 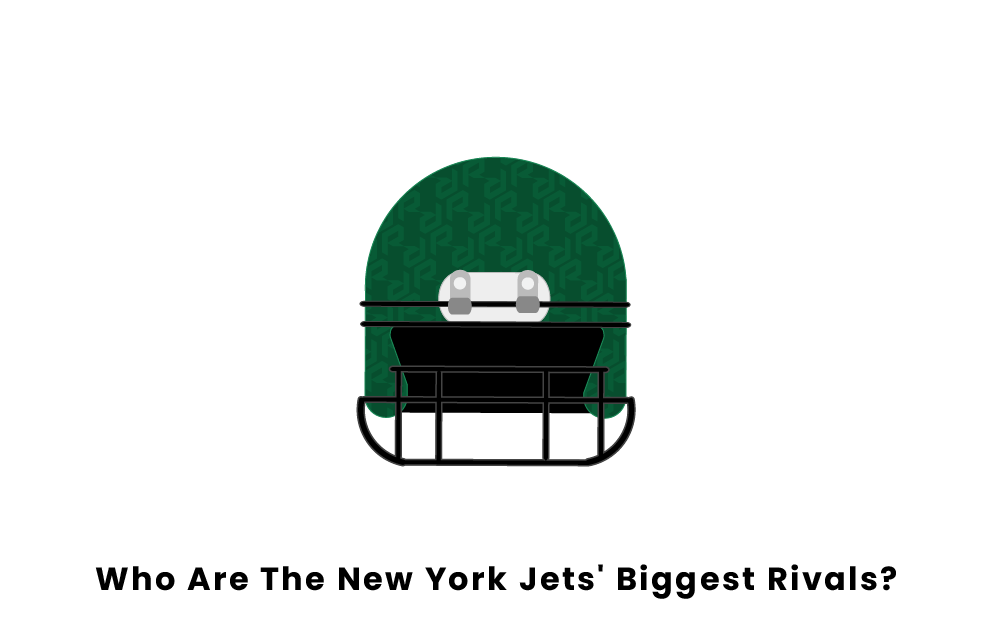 The New York Jets are a National Football League (NFL) team that play in the American Football Conference (AFC) East division. They have been around since 1960, and they have won one Super Bowl title in their history (1969). Throughout those years, the Jets have had some fairly intense rivalries. Below, three of their greatest rivals are discussed.

While the rivalry has been lopsided in recent years, the Jets greatest rival is arguably the New England Patriots. Both the Jets and the Patriots play in the AFC East division together, so they meet twice every year. Overall, as of 2023, the Patriots have won 73 games in the series, while the Jets have won 54, and one game ended in a tie as of 2023. The rivalry was fairly even until the 2011 season, but since then, the Patriots have defeated the Jets 22 times in 24 meetings, including 14 times in a row. Nonetheless, there have still been some memorable matchups and storylines between the two.

The most consequential meeting between the Jets and Patriots was the 2011 AFC Divisional game, which the Jets won en route to their second straight AFC Championship appearance. The win for the Jets spoiled another potential Super Bowl run for all-time great Tom Brady. Additionally, the two teams were involved in the controversy “SpyGate”, where the Patriots were caught taping the Jets’ defensive coaching signals to gain an unfair advantage. Overall, the Patriots are certainly one of the Jets’ biggest rivals.

Another AFC East divisional rival, the Buffalo Bills are another one of the Jets greatest rivals, again playing them twice a year. The two are technically “in-state” rivals as New York foes, although the Jets (along with New York’s third team, the Giants) actually play their games across the river from New York City in East Rutherford, New Jersey. Thus, the Bills often like to say that they are New York’s only football team.

Overall, the Bills lead the series against the Jets slightly, with 68 wins against 57 losses as of 2023. One of the more notable rivalry moments in recent years was when fired Jets coach Rex Ryan immediately took the Bills coaching job after he left the Jets, adding some animosity to the rivalry. While not quite matching the intensity of the Jets-Patriots rivalry, the Bills and Jets still certainly do not like each other.

The final AFC East rival for the Jets, the Miami Dolphins and the Jets have a long history as well. Meeting twice a year like the two previous teams do with the Jets, the Dolphins hold the slight edge in the series, winning 57 matchups to the Jets 56 victories as of 2023, with one tie.

There have been a couple notable matchups between the teams over the years. The first came in 1994, when Dolphins quarterback invented the “fake spike,” where at the end of the game, he pretended he was going to spike the ball to stop the clock, but instead threw a game-winning touchdown pass to defeat the Jets while both teams were fighting for a playoff spot. The second notable game came on Monday Night Football in 2000, when the Jets erased a 23-point fourth quarter deficit to defeat Miami in one of their more memorable comebacks in franchise history.

The final rival on this Jets’ list, and the only one that does not play in the AFC East with them, the New York Giants are the Jets’ most natural rival. Not only do the teams share the New York name, they actually share the same stadium, both playing in MetLife Stadium in East Rutherford, New Jersey. The Jets are often considered the “little brother” in the rivalry due to the Giants having a longer history and more postseason success.

Despite their proximity to each other, the two do not play often, since the Giants are in the National Football Conference (NFC). Currently, they meet once every four years, with their last matchup coming in 2019. The Jets defeated the Giants in that game by a score of 34-27. Overall, the Giants have won eight of the 14 matchups between the teams since their first meeting in 1970.

Who is the biggest rival of the New York Jets?

While the Jets have had a few strong rivalries throughout their history, the New England Patriots have to be considered their greatest rivals. While the Patriots have dominated the rivalry (with 73 wins and 54 losses), especially in recent years (22 wins in last 24 meetings), the rivalry is still intense and has had some memorable moments over the years.

Pages Related to Who Are The New York Jets' Biggest Rivals?