Who Are The New York Giants' Biggest Rivals? 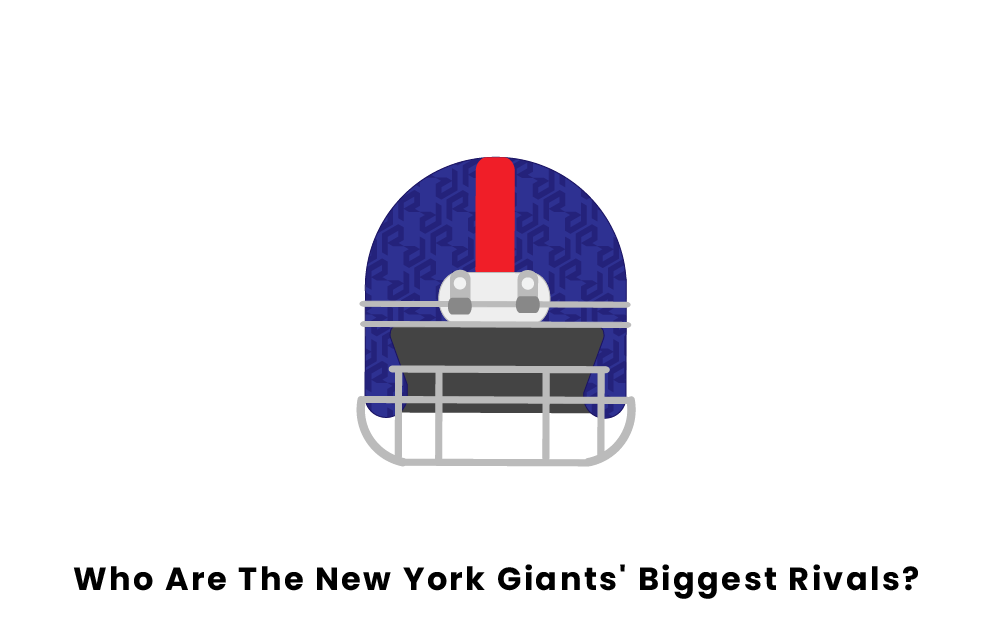 Who are the New York Giants’ Biggest Rivals?

The New York Giants’ biggest rivals are the Washington Commanders (formerly known as the Redskins), Dallas Cowboys, and Philadelphia Eagles. These rivals all play in the NFC East division. The Giants are currently tied with the Green Bay Packers for the fifth spot on the Super Bowl wins list, with four, and play in the biggest market in American professional sports. The team was founded in 1925, five years after the NFL was created. New York’s long history of battles on the field has led to ancient and fierce rivalries with its divisional foes.

The Giants’ rivalry with the Commanders, previously known as the Redskins, dates all the way back to 1932, with the founding of the Boston Braves, Washington’s predecessors. This rivalry has featured several eras of intense competition, such as when the two teams competed for conference and division titles in the late 1930s, early 1940s, and the 1980s. Football historians believe that the 1980s were the peak of the rivalry, as Joe Gibbs’ Redskins and Bill Parcells’ Giants competed for division titles and Super Bowls. Throughout the decade, the teams combined for seven NFC East titles and five Super Bowls. They also matched up in the 1986 NFC Championship Game, with the Giants coming out on top 17-0.

The Giants-Redskins rivalry became more intense in 2012 when a special NFL commission, led by Giants’ owner John Mara, imposed a $36 million cap penalty against Washington. Mara’s reasoning for imposing this penalty was that Washington front-loaded contracts during the 2010 offseason so that the team could have extra cap space in the following years. Washington filed a grievance with the NFL and players union in an attempt to have the penalty overturned. However, Mara thought his rivals were lucky to only lose $36 million in cap space.

The Giants are 106-71-5 all-time versus Washington. Their most recent game against their NFC East rival was in week 15 of the 2022 season and resulted in a critical win that bolstered the Giants to clinch their first playoff berth in six years just two weeks later.

The first meeting between the Giants and the Cowboys was back in 1960 and ended in a 31-31 tie. The final score is notable because this was Dallas’ first season in the NFL, and they had lost 10 straight games prior to this game, but ended that streak with a tie. A more recent game between the two teams that many people commemorate was during the 2014 season. Giants WR Odell Beckham Jr. pulled in an incredible one-handed catch for a touchdown, but the Cowboys came out victorious.

New York is just 47-73-2 all-time in the regular season against Dallas, but the Giants hold a 1-0 advantage against their rival in the playoffs. The only time the two teams faced off in the playoffs was during the 2007 season. The Cowboys were the first seed in the NFC, but the Giants pulled off a 21-17 upset against a team with Super Bowl aspirations and went on to win it themselves after upsetting the undefeated New England Patriots.

The two teams have also shared three coaches. The most recent one is Jason Garrett, who was the Cowboys’ head coach from the 2011-2019 seasons and then the Giants’ offensive coordinator for almost two seasons.

The Giants-Eagles rivalry began in October of 1933, when New York destroyed Philadelphia 56-0. Another very notable game between the two teams was on December 19, 2010. The Giants led 31-10 with just over eight minutes to go, but the Eagles managed to rally back and the game was tied with 14 seconds left when New York was forced to punt. Punter Matt Dodge kicked a low line-drive to DeSean Jackson. The Eagles’ star took it all the way for a 65-yard, game-winning touchdown.

Both teams have had strong 2022 regular seasons. The Giants clinched their first playoff berth in six years with a win over the Indianapolis Colts, and the Eagles are in first place in the NFC. New York and Philadelphia are set to face off in the final week of the regular season.

The Giants-Eagles rivalry has been very competitive throughout its history, with the Eagles holding a slight 90-87-2 advantage.

Who is the biggest rival of the New York Giants?

Pages Related to Who Are The New York Giants' Biggest Rivals?