Who Are The New England Patriots' Biggest Rivals? 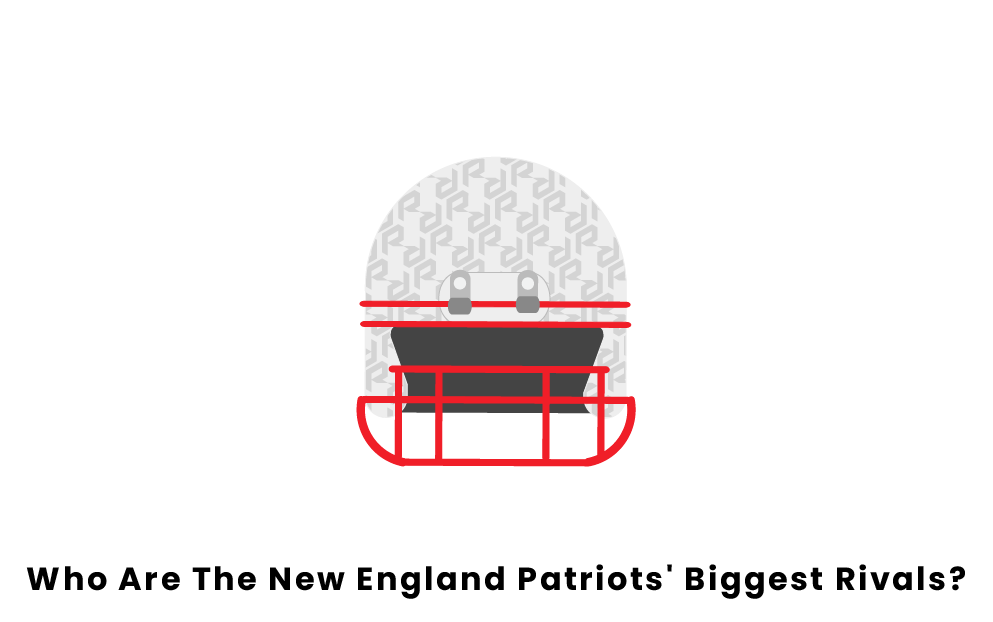 The New England Patriots biggest rivals are the New York Jets, the New York Giants, and the Indianapolis Colts. The Patriots, established in 1959, are one of the most successful franchises in NFL history. New England has captured six Super Bowls since just 2002, which ties the Pittsburgh Steelers for the most Super Bowls by any franchise in the NFL. For all six Super Bowls, the Patriots were led by Bill Belichick as head coach and Tom Brady at  quarterback: a legendary pairing that ruined the dreams of many opponents.

The New York Jets are the Patriots’ main rivals. The Patriots have dominated the Jets during their AFC East rivalry. In 128 total meetings, the Patriots are 73-54-1 against the Jets, and are 2-1 in the playoffs. Of course, the two teams have been in the same division for years, but the rivalry really took off in 1997, when legendary coach Bill Parcells inexplicably left New England to coach the Jets. Parcells also brought incoming defensive mind Bill Belichick to New York as his defensive coordinator. Later, after the 1999 season, Parcells resigned as coach, paving the way for Belichick to become the new coach for the Jets. On the day of Belichick’s introductory press conference, he wrote “I resign as HC of the NYJ” on a napkin. He eventually would take the Patriots head coaching job.

One of the most remembered moments in the Patriots-Jets rivalry during the Belichick Era is “Spygate.” This was an infamous 2007 scandal in which the Patriots were accused of videotaping opposing coaches in order to see their play signals. New England was caught doing so during a game against the Jets, and as a result, the Patriots were fined $250,000 and lost their first-round draft pick in the following season, while Belichick was fined $500,000.

After Spygate, the Patriots-Jets rivalry went on stronger than ever. In 2011, the 11-5 Jets and the 14-2 Patriots would face off in the Divisional Round of the playoffs, making it the first time the teams had faced off in the modern playoff format. Before the game, both teams talked trash to each other through the media, generating a large amount of anticipation. The Jets went on to knock out the Patriots 28-21, a historic upset, though they would eventually fall to the Steelers in the very next round.

The New York Giants are another of the Patriots’ biggest rivals. Although they have met only 13 times in their histories, the Giants and Patriots have one of the most unique rivalries in the NFL. The Patriots are 7-6 against the Giants in the regular season, but 0-2 in the postseason, both games coming in the Super Bowl. In 2007, the two teams faced off in Super Bowl XLII. The Patriots were 18-0 and looking to become the first team ever to win an undefeated season in the modern, 16-game season format.

The Giants were a wild card team and were heavy underdogs in the Super Bowl. However, Giants’ quarterback Eli Manning led a game-winning, fourth-quarter drive. He found Plaxico Burress in the end zone, giving the Giants a 17-14 lead. The most memorable play of the drive, however, was the infamous “Helmet Catch” made by Giants receiver David Tyree, a leaping reception where Tyree managed to secure the ball by pinning it to his helmet with one hand. The Giants would go on to win by that 17-14 score, in one of the most iconic Super Bowls of all-time. This marked the first time Belichick and Brady had lost in the Super Bowl.

In 2011, the two teams faced off yet again in the Super Bowl. Once again, the Patriots were heavily favored, but nevertheless, the Giants won the game 24-20. Late in the fourth quarter Eli Manning found Mario Manningham down the sideline for a huge gain. Ahmad Bradshaw finished off the game-winning drive with a touchdown run. The Giants are known as a true thorn in the side of the Patriots during their six-Super Bowl run.

The Indianapolis Colts are the last of the Patriots’ three biggest rivals. The Patriots have also dominated this rivalry. In 82 meetings, the Patriots are 53-30 against the Colts and 4-1 in the playoffs. The two teams notably faced off in the 2006 AFC Championship. Despite getting off to a 21-3 lead, the Patriots lost the game 38-34. The Colts extended this victory into winning the Super Bowl.

In 2014, the two teams faced off again in the 2014 AFC Championship game. New England won the game 45-7, but most people remember the game for different reasons. Much like during their rivalry with the Jets, the Patriots were accused of cheating, allegedly purposefully deflating the footballs used during the game in order to gain an advantage during the freezing cold game. The controversy was called “Deflategate,” and implicated Patriots quarterback Tom Brady in the actions of the team. Brady was suspended for four games in the 2015 season as a result of an investigation, but many Patriots fans believe to this day that he was unjustly targeted by the league, blaming the Colts for the scandal, and thus stoking the teams’ rivalry even more.

Who is the biggest rival of the New England Patriots?

The Patriots’ biggest rivals are the New York Jets. Despite the Patriots dominating the Jets in their meetings, the Patriots-Jets rivalry is one of the best rivalries in the NFL. The rivalry started mostly because of the teams playing twice per season. The Bill Belichick coaching fiasco, and the events of the 2007 Spygate scandal, are just a couple of the reasons the rivalry is still meaningful today.

Pages Related to Who Are The New England Patriots' Biggest Rivals?