Who Are The Los Angeles Chargers' Biggest Rivals? 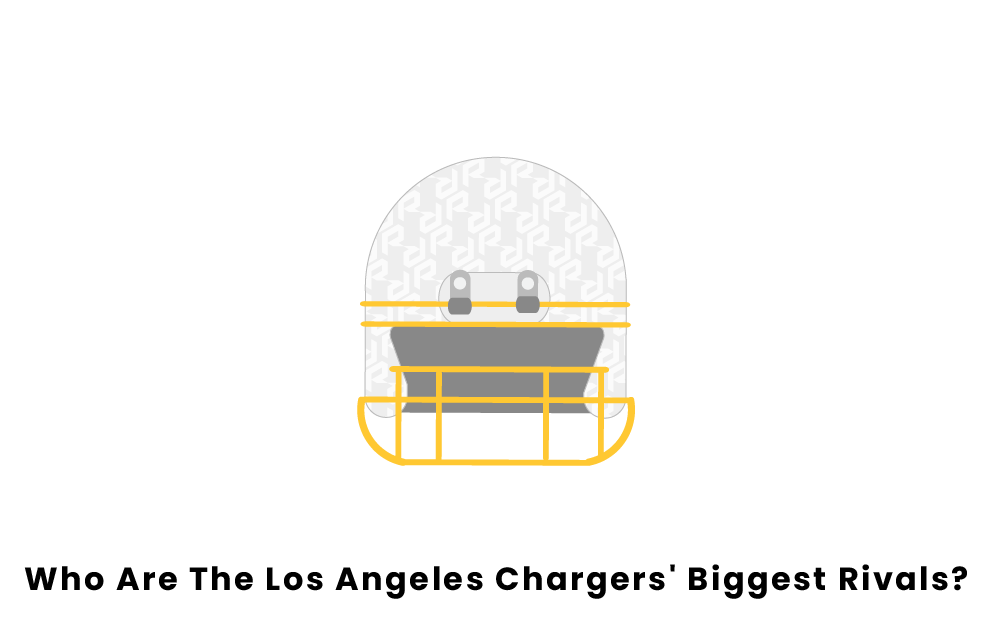 The Los Angeles Chargers, formerly known as the San Diego Chargers, play in the National Football League (NFL). They compete against the other 31 teams in the league, inevitably forming rivalries along the way. The biggest rivals of the Chargers are the Kansas City Chiefs, Denver Broncos, and Las Vegas Raiders. Between those three teams, there have been many exceptional games, close endings, and of course, eliminations from postseason contention.

One of the biggest adversaries the Chargers have had to face are the Kansas City Chiefs. The Chiefs play the Chargers twice every year, due to both being in the same division. Based on how often these teams play, it is no surprise that there has been a rivalry that has formed. The Chargers have found themselves on the losing end of several pivotal matchups over the years, including one in Week 17 of the 2014 season. Charger fans infamously remember being knocked out of the playoffs by a backup-quarterback-led Chiefs squad. Since then, the disdain between the two teams has not been lost whatsoever. Current quarterbacks Justin Herbert and Patrick Mahomes are among the league’s best, making sure the rivalry is in good hands and will continue.

Continuing with another AFC West team, the Broncos have been a longtime rival of the Chargers. The rivalry predates the existence of the NFL, as both teams squared off against one another in the AFL. The bad blood between the two teams is almost inevitable given how many times they have matched up. Since the founding of the AFL in 1960, the Chargers have played the Broncos 126 times. In that span, there have been many moments that have showcased the bitter rivalry.

Fans of both teams have certainly held onto the two year stretch in the 2008-2009 seasons, where the Chargers and Broncos took turns knocking each other out of the playoffs. In 2008, the Broncos defeated the Chargers, thanks in large part to a missed call, where the officials blew dead a fumble that the Chargers returned for a touchdown. The game would serve as the reason the Chargers would not make the playoffs that year. The Chargers soon exacted their revenge, however, as they steamrolled the Broncos squad by 30 in the final week of the season the following year.

While the Broncos led the early matchups with superstars such as John Elway, Shannon Sharpe, and Terrell Davis, the Chargers have done well in the last 20 years of the rivalry. Philip Rivers, Antonio Gates, and LaDainian Tomlinson have helped to level the score to some extent. However, the Broncos still lead the overall series 70 to 55, with one tie between the teams. The Chargers will look to chip away at the series lead, and draw level with a big rival.

Another AFC West team, The Raiders have also had an extensive history of close games and a legitimate rivalry against the Chargers. In years past, the Raiders and the Chargers have coexisted as mediocre teams. That changed in 2021, when the Raiders eliminated the Chargers from postseason contention.

In the final week of the season with both teams needing a win or tie to advance into the playoffs, the Chargers found themselves tied entering overtime. In overtime, the game came down to one final play call. The Raiders elected to go for a tiebreaker field goal, breaking the tie and claiming the win. The alternative would have been kneeling the ball and taking the tie and allowing both teams through to the postseason. This action ignited a fresh rivalry, and will definitely be on the minds of Chargers players and fans for years to come.

Who is the biggest rival of the Los Angeles Chargers?

The Chargers’ biggest rivals are the teams that share their division. While each of the three teams have a case for being the biggest rival of the Chargers, most Chargers fans would point to the Broncos as their biggest rival. The Chiefs and Raiders are rivals, but the amount of bitter and sweet moments the Chargers have had when matched up against the Broncos have them as public enemy number one.

Pages Related to Who Are The Los Angeles Chargers' Biggest Rivals?