Who Are The Las Vegas Raiders' Biggest Rivals? 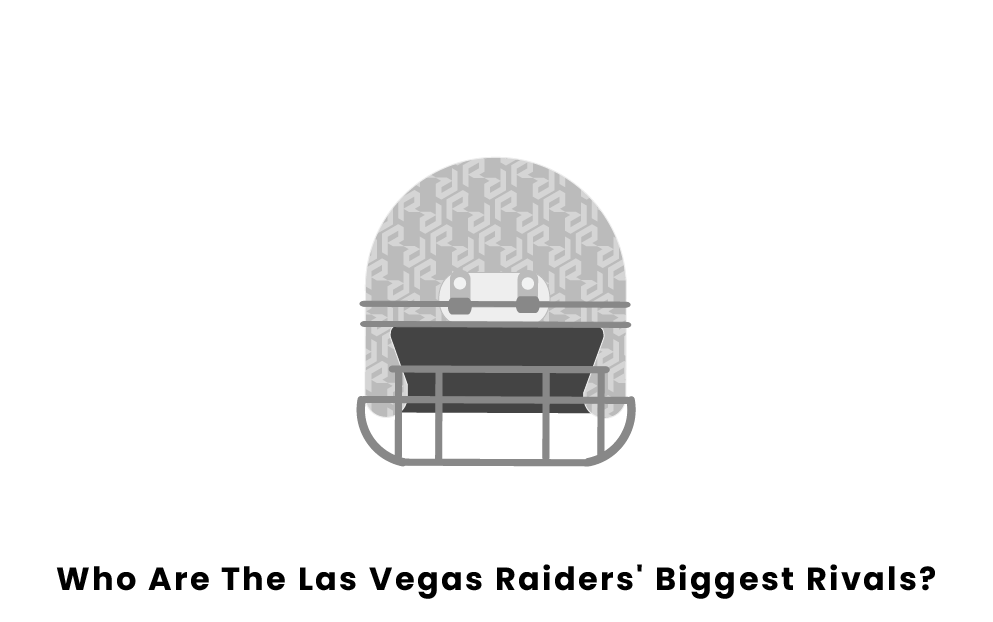 The Las Vegas Raiders have a long history in the NFL, from multiple movements between cities like Los Angeles, Oakland, and Las Vegas, to accumulating a reputation for their rowdy and loyal fanbase. Almost every team in the league knows and has faced the Raiders, and Raiders fans have quite a lot to be proud of in their team, even through a long history of ups and downs in their fortunes.

As might be expected, the Raiders have acquired a number of rivals over the course of their history. So, which teams are most often the recipients of anger from fans who wear the black and silver? Read on to find out!

There are four teams in the AFC West Division of the NFL: the Denver Broncos, the Kansas City Chiefs, the Los Angeles Chargers, and the Las Vegas Raiders. NFL teams of the same division have a relatively high chance of becoming rivals because they play each other twice per season and must fight each other for the number one seed in their division.

The Los Angeles Chargers are in the same division as the Las Vegas Raiders, which already makes them enemies. Then, tack on the fact that Los Angeles and Las Vegas are geographically close, causing their fans to encounter each other often, and you’ve got an excellent recipe for a rivalry. Even prior to both teams’ relocations from San Diego and Oakland, they were still very close to each other. This has undoubtedly contributed to the long-standing rivalry between the two teams.

Here are a few highlights from some of the notable Chargers-Raiders games over the years.

Like the Chargers, the Denver Broncos also share a division with the Las Vegas Raiders, and they have thus had ample opportunity to get on each other’s bad sides. In 2016, right after they won the Super Bowl, Denver Broncos fans posted on a blog that the Raiders fans were the worst fans in the NFL. This dig obviously made the Raiders fans angry, because the Broncos had just won the NFL Championship, leading many Raiders fans to wonder why Denver was calling out other teams.

If that isn’t enough to convince anyone of the rivalry between the Raiders and the Broncos, the infamous 2007 game in which the Broncos’ coach iced the Raiders’ kicker and lost them the game, or the 2010 59-14 Raiders’ victory that set a franchise record, paints a more than perfect picture of the level of intensity and history between these two teams.

The Raiders and Chiefs, both members of the AFL (the football league that merged with the NFL in 1966), were the first two AFL teams to make it to the Super Bowl. In the 1983 NFL season, the Raiders beat the Chiefs twice on their way to a 12-4 record and a victory in Super Bowl XVIII.

Currently, the Raiders and Chiefs hold a 70-53-2 all-time record against each other, with Kansas City in the lead. But, besides that, the Chiefs and Raiders often battle it out for the higher playoff seed. Additionally, the rivalry has only augmented due to Kansas City’s recent success with star quarterback Patrick Mahomes.

Who is the biggest rival of the Las Vegas Raiders?

The Los Angeles Chargers are the Las Vegas Raiders' biggest rivals. With so much history between them and a lot of upsets and bad blood, the Chargers and Raiders just cannot seem to catch a break in their rivalry. Even when things seemed to start cooling down, the Raiders and Chargers fought to relocate to Los Angeles, and the Chargers won, further fueling the flame of rivalry.

Pages Related to Who Are The Las Vegas Raiders' Biggest Rivals?