Who Are The Kansas City Chiefs' Biggest Rivals? 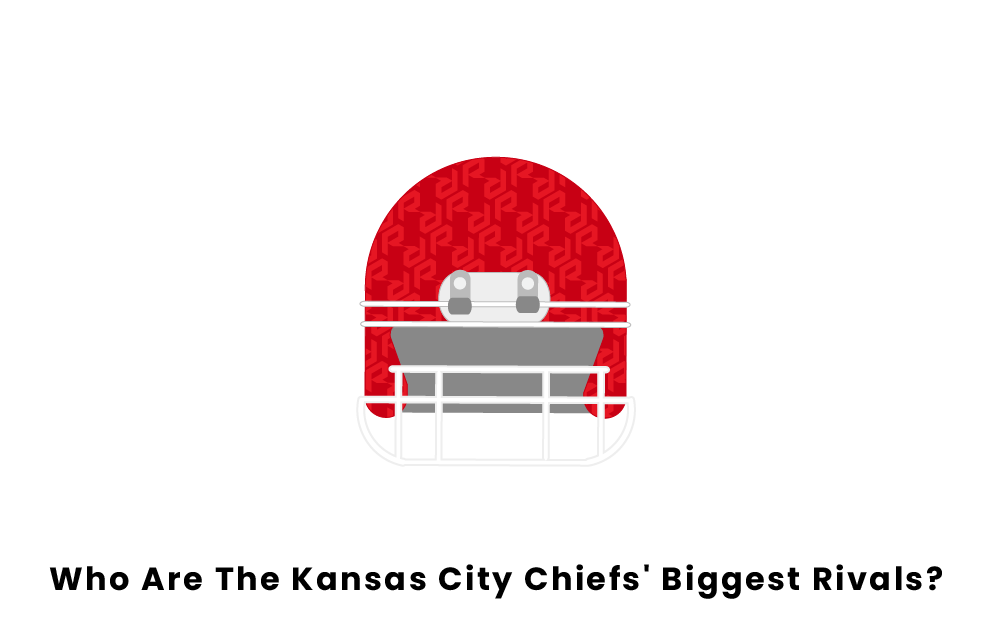 The Kansas City Chiefs’ main rivals include the Buffalo Bills, Las Vegas Raiders, and Denver Broncos. The Chiefs were established in 1959 and have been a successful NFL franchise over the years, winning two Super Bowls in their history. Their success over the years has led the Chiefs to form some intense rivalries with other NFL teams. Keep reading to learn more about the Kansas City Chiefs’ biggest rivals.

The Buffalo Bills are one of the Chiefs’ most intense rivals. The Bills and Chiefs have faced off 53 times in their history, with the Bills leading the matchup 28-24-1. The Bills and Chiefs rivalry was one of the best in the league in the 1960s. From 1963 to 1969, the two teams played each other twice per season, which ignited the rivalry. In 1992, the two teams faced off in the Divisional round of the playoffs, with the Bills winning 37-14. The Bills defeated the Chiefs again in the 1994 AFC Championship game by a score of 30-13.

In 2021, the Bills and Chiefs faced off in the AFC Divisional round in what many call the best playoff game in modern NFL history. The Chiefs tied the game with a 13-second touchdown drive to send the game into overtime. The Chiefs went on to score on their first drive in overtime and won the game 42-36. This game caused a lot of controversy in the NFL community, as many fans viewed the playoff overtime rules as unfair, stating that the coin toss was the deciding factor of who won the game. As a result, the NFL made a change to its playoff overtime rules that allows both teams to possess the ball in overtime, even if the first team scores a touchdown.

The Las Vegas Raiders, formerly the Oakland Raiders, are the Chiefs’ most long-standing rivals. The two teams have faced off 128 times in history, as the Chiefs lead the series 72-54-2 and 2-1 in the postseason. Much of the rivalry stems from the two teams playing in the AFC West, which means they face each other two times per season. Although the Raiders controlled the rivalry in the 1970s and 1980s, the Chiefs have dominated the Raiders since then. One of the more significant games in recent history between the two teams came in Week 5 of the 2020 season. The 2-2 Raiders defeated the undefeated Chiefs 40-32 in Arrowhead Stadium. Besides this game, the Chiefs have never lost to the Raiders in the Patrick Mahomes era.

Who is the biggest rival of the Kansas City Chiefs?

The biggest rival of the Kansas City Chiefs is the Las Vegas Raiders. This rivalry stems from the fact that both teams play in the AFC West, meaning they face each other twice per season. Although the Raiders controlled the rivalry in the 70s and 80s, the Chiefs have dominated the Raiders since then.

Pages Related to Who Are The Kansas City Chiefs' Biggest Rivals?