Who Are The Jacksonville Jaguars' Biggest Rivals? 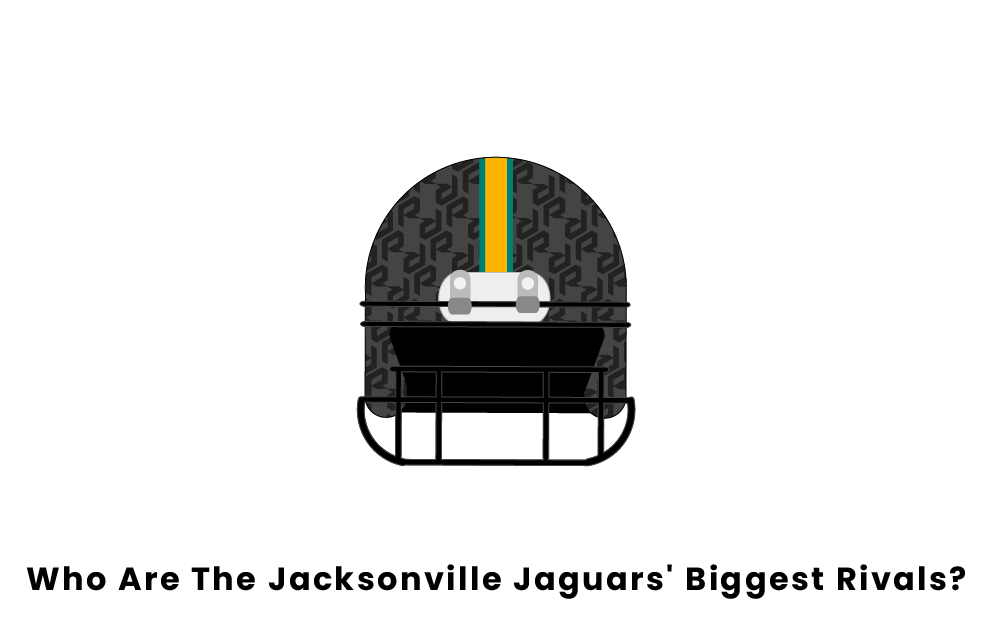 The Jacksonville Jaguars are a relatively new addition to American football, as they did not join the NFL until 1993 and did not play their first game until 1995. With their addition to the NFL, along with the Carolina Panthers, the total number of teams reached 30. Today, there are 32 teams in the NFL. However, that does not mean that the Jaguars never had a chance to build strong rivalries or rub some teams wrong. Below, we will focus on which rivals the Jaguars loathe the most in the NFL.

The Tennessee Titans are in the AFC North, along with the Jacksonville Jaguars. Therefore, they have had ample time to run the Jaguars through the wringer, and vice versa. As of 2023, the Jaguars have played 57 games against the Titans, more than they have played against any other team in the league. The Titans-Jaguars record currently stands at 23-34 as of the 2022-2023 season. The Titans are 11 games ahead, so you can probably imagine there would be bad blood between these two teams.

Over their respective NFL lifetimes, the Jaguars and Titans have not had much success by way of Super Bowls. The Jaguars have never been to a Super Bowl, and although the Titans have been around since 1963, they only went to the Super Bowl once, in 2000, losing to the Rams.

The most notable rivalry moment between the Titans and the Jaguars occurred recently. In Week 18 of the 2022-2023 NFL season, the Titans and Jaguars went head-to-head to determine who would be the top seed of the AFC North. After four quarters, Jacksonville came out on top 20-16, effectively clinching their playoff spot.

The Texans are also in the AFC North and are the youngest franchise in the NFL. Surprisingly enough, they have played 41 total games against the Jaguars, a fair amount, seeing as they did not join the NFL until 2002. However, out of those 41 games, the Jaguars have only won 13.

To Jaguars fans, the 13-28 Jaguars-Texans record is somewhat like getting beaten up by your younger sibling, so it especially annoys the Jacksonville crowd. Additionally, Jacksonville and Houston are two of four NFL teams that have never made it to the Super Bowl, and each team desperately wants to beat the other to the punch.

Many might wonder why the Carolina Panthers are on this list, seeing as they are not in the same division as the Jacksonville Jaguars, and have only played seven games against Jacksonville overall. Additionally, the Panthers-Jaguars record stands at 3-4, with Carolina barely in the lead. So, why do the Panthers deserve to be up here rather than, say, the Colts?

Carolina and the Jaguars have a fan rivalry unlike many other NFL rivals. Since the Panthers and the Jaguars entered the NFL in the same year, fans constantly debate who is the better team and try to one-up each other. The Carolina Panthers are the equivalent of the Jaguars’ work peers, who entered the company at the same time as them. Everybody compares them, and everything they do is a competition.

To add salt to the wound, Carolina has been to the Super Bowl twice, a feat the Jaguars have never accomplished. To Jaguars fans, this certainly feels unfair, fueling the rivalry even more. Fortunately, the Panthers have yet to win a Super Bowl, so there is still hope for Jacksonville to show them who is the better team once and for all.

Who is the biggest rival of the Jacksonville Jaguars?

The Tennessee Titans are the Jacksonville Jaguars’ biggest rivals. Up through 2023, they have played 57 games against each other: the most games the Jaguars have played against any team. Additionally, the Titans are 11 games ahead out of those 57.

Pages Related to Who Are The Jacksonville Jaguars' Biggest Rivals?