Who Are The Denver Broncos' Biggest Rivals? 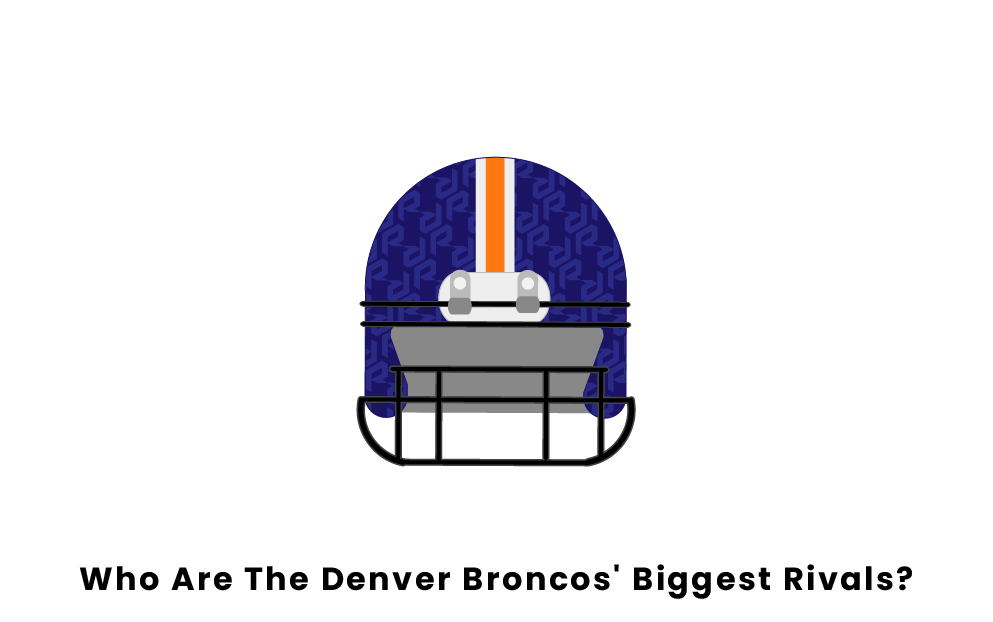 As one of the founding members of the American Football League, the Denver Broncos have a deep NFL history going back to 1960. The blue-and-orange have won eight NFL championships, including three Super Bowls in 1996, 1999, and 2016. With legends on their all-time team roster, such as Lionel Taylor and Peyton Manning, the Denver Broncos have been a force to be reckoned with over the years.

This article will explain which teams have given the Broncos the most grief since they joined the NFL in 1960. Many of the Broncos' most heated rivals are in the AFC West because the Broncos also play in that division. Rivalries within NFL divisions happen primarily because NFL teams of the same division are required to play twice per season and are often fighting for their division’s top seed.

The Denver Broncos and Las Vegas Raiders have a legendary rivalry that goes back to 1977. The Denver Broncos were very mediocre  in their first 10 seasons of play. Out of those 10 seasons, they finished last in their division for six of them and had a losing record in all of them.

Expecting to win the game, the Raiders were confident. However, Denver came off victorious, ending the Raiders’ winning streak. Later that same season, the Broncos (who had never qualified for the postseason) defeated the Raiders in the playoffs and ruined their chances of being back-to-back Super Bowl champions.

The 1977 NFL season sparked a Broncos-Raiders rivalry that continues to this day. Playing twice per season and fighting for their division’s top seed every year since 1977 has only caused the rivalry to grow ever brighter.

Although the Patriots are not in the AFC West, they became rivals of the Raiders for two reasons: Bill Belichick and Tom Brady. When the Broncos got Peyton Manning in 2012, they started to be a massive threat. However, an old threat had already been looming for far too long: the New England Patriots. Also in the AFC (but in the AFC East), the Patriots were the NFL’s other powerhouse.

Since the Patriots and Broncos were two of the NFL’s best teams in the 2013-2016 seasons, they met twice during those four seasons at the AFC Championship Game. Denver won one championship, and New England won the other. Their battles were intense, leaving fans on the edge of their seats.

Ever since they drafted Patrick Mahomes in 2017, the Chiefs have been one of the best teams in football. Mahomes turned the franchise on its head when he came in. The Chiefs had only won one Super Bowl in 1970, but since Mahomes showed up, as of January 1, 2023, they’ve been to two more and won one.

Having the dominant Kansas City Chiefs in your NFL Division is not easy. The Broncos have fought them for major wins over the years. Check out some of their biggest rivalry games:

Who is the biggest rival of the Denver Broncos?

The Las Vegas Raiders are the biggest rivals of the Denver Broncos. They have been intense rivals since 1977 when the never-been-to-the-post-season Broncos spoiled the Raiders’ 17-game winning streak.

Pages Related to Who Are The Denver Broncos' Biggest Rivals?