Who Are The Carolina Panthers' Biggest Rivals? 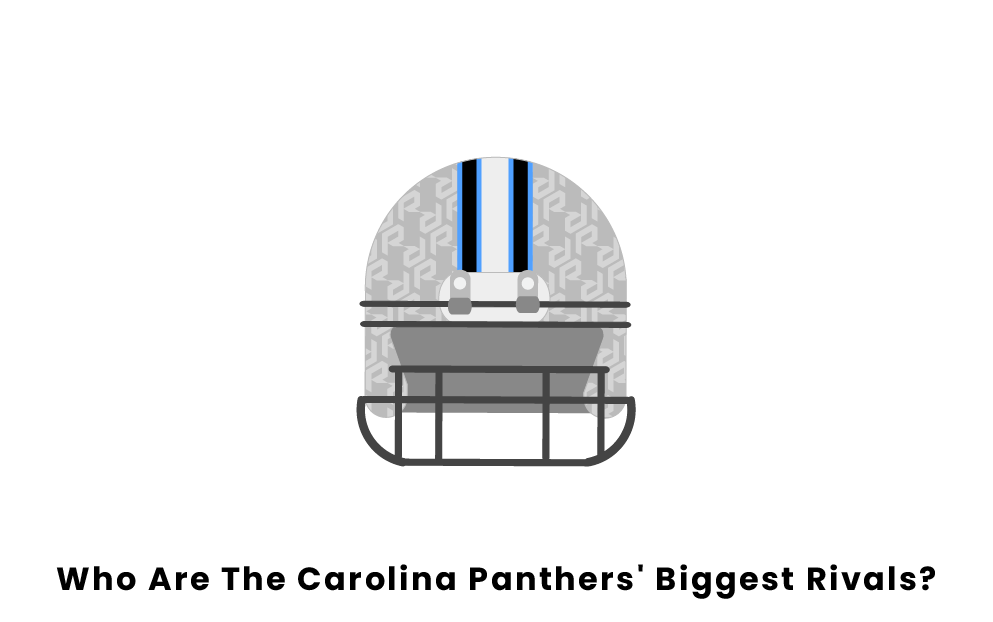 Despite being one of the newer additions to the NFL, the Carolina Panthers have already made a name for themselves since joining in 1993. Although there are only two teams newer to the NFL than the Panthers, they have even already been to two Super Bowls, a feat some older teams have never accomplished. These Super Bowl appearances have especially ignited the fury of other teams in their own division, which they beat out for the playoff slot. Read on to learn all about the three greatest rivals the Panthers have created over the past few decades.

The Atlanta Falcons belong to the NFC South, the same division as the Carolina Panthers. Together, the Falcons and Panthers have played 55 games, with the Panthers down 20-35. This 15-game win difference is the main reason for a tense rivalry between the Panthers and the Falcons.

For Carolina’s entire time in the NFL, Atlanta has seemed to follow them around, only enhancing the rivalry between fans. Both teams moved from the NFC West to the NFC South division simultaneously, and both teams have gone to the Super Bowl twice and lost to the New England Patriots and Denver Broncos.

This rivalry reached its peak during the 2015-2016 regular season. During that year, the Panthers almost went undefeated in the NFL regular season, winning 15 games and losing just one. The one loss was, of course, to the Atlanta Falcons.

Since their addition to the NFL, the Carolina Panthers have won 25 games against the Buccaneers, and Tampa Bay has won 20. Although they played against each other before they were in the same division, the Tampa Bay-Carolina rivalry really began in 2002 when the Panthers joined the NFC South division.

In 1996, Carolina shut Tampa Bay out 24-0. It was their first shutout in team history, a humiliating defeat for the Buccaneers. Even before the Panthers joined the NFC South, a rivalry was thus brewing.

When they first joined the NFC South in 2002, the Buccaneers and Panthers were budding NFL superstar teams. Both teams were ranked in the top five for defense and desperately wanted to make a name for themselves. With a devastating 23-10 victory, Tampa Bay destroyed the Panthers and set a franchise record by winning their 8th out of 10 games to start an NFL season. Carolina would just not stay down, however. In Week 2 of the next season, the Panthers beat the Buccaneers in overtime on a runaway 47-yard field goal, with a final score of 12-9.

Also in the NFC South, the New Orleans Saints have had ample time to make an enemy out of Carolina Panthers fans. But don’t trust the time and place; trust the numbers. The Saints and Panthers have an all-time record of 28-28. As of January 16, 2023, New Orleans and Carolina stand tied. This puts every Panthers-Saints fan on the edge of their seat during each game they play against each other.

The Panthers crushed the Saints 20-3 in the first game they played in 1995. Then, from 2000-2002, New Orleans won five consecutive games: a Panthers-Saints rivalry record. With such an early lead, it is surprising that the Saints stand tied with the Panthers 28-28.

The experience of Sam Mills, a linebacker on the Saints during the 1990s, highlights the Saints-Panthers rivalry the best. In 1995, Mills abandoned the Saints to join Carolina for their first football season. Then, once he became a free agent, he did not receive a call from the Saints about coming back until first receiving a call from the Panthers.

Mills took offense that the Saints did not want him to fall into enemy hands but were fine not to take him if the Panthers did not. Eventually, Mills became a member of both the Panthers and Saints Hall of Fame: solidifying the New Orleans-Carolina rivalry.

Who is the biggest rival of the Carolina Panthers?

The Atlanta Falcons are the Carolina Panthers’ biggest rival. They are in the same division in the NFL: the NFC South. Since they joined the NFL, the Carolina Panthers have not been able to shake the shadow of Atlanta. Both teams went from the NFC West to the NFC South simultaneously, and they have each gone to the Super Bowl twice, losing to the Denver Broncos and New England Patriots. Additionally, the Atlanta Falcons kept the Panthers from a perfect 2015 regular season.

Pages Related to Who Are The Carolina Panthers' Biggest Rivals?