Who Are The Buffalo Bills' Biggest Rivals? 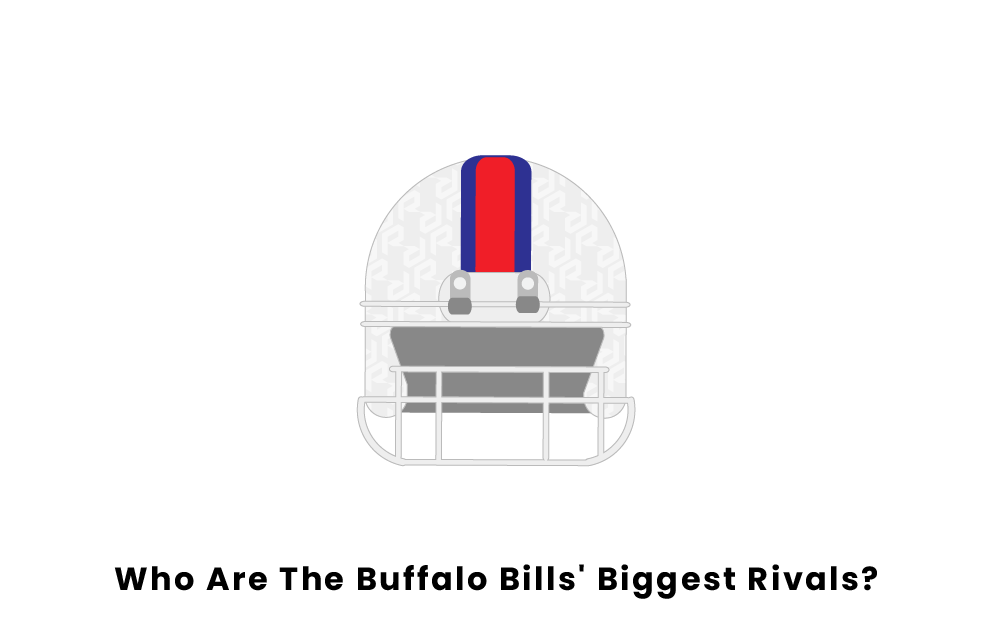 As one of the eight original AFL teams originating in 1960, the Buffalo Bills are no stranger to rivalries. A core part of a team's identity and fanbase comes from their perpetual struggles and battles with a few main rivals. So, who are the biggest rivals of the Buffalo Bills? Keep reading to find out!

The oldest and most famous rivalry in Bills franchise history is between the snowy city and the Miami Dolphins. Coming into the league just six years after the Bills were founded, the Miami Dolphins have been a longtime source of competition for the Bills. In the 117 games they have played against one another since 1966, the Dolphins have been dominant in their struggle with the Bills. Maintaining a 60-47-1 record against Buffalo's finest, the tables are just starting to turn as the Bills have been on a winning streak for the last four years when playing against Miami.

The Bills-Dolphins rivalry is also considered to be one of the oldest in the NFL. In their first-ever game, Buffalo put up 48 points in just the first half. The end result of this 1966 game was a 54-24 blowout. This score was almost repeated in 2021 when the Bills posted a 56-24 point victory while playing in Miami's own stadium. Though the Dolphins started off on the wrong foot with the Bills, things heated up even more when Don Shula became head coach of the Dolphins and began to turn the franchise around from the 70s to the 90s. Since the Schula era, the biggest lead held by Miami was a 37-10 victory in 1992 at the Orchard Park stadium.

The second biggest rival of the Buffalo Bills is the New England Patriots. Coming into the AFL at the exact same time as the Bills, it would seem the rivalry between the two teams was destined to occur. In the 82 years since the founding of both these teams, they have played a combined 126 games, with the Patriots establishing themselves as the dominant team in the rivalry. The current record of games between the two teams is 77-48-1 in favor of the Pats.

While the Patriots currently have more wins than the Bills on record, the very first game the teams played in 1960 saw Buffalo emerge as the victor with a score of 13-0. The worst loss Buffalo has received at the Hands of the Patriots was a November 2007 game where they were handed a 56-10 defeat. Recently, the Bills have found their footing and are currently in direct competition with the Patriots. In just the last few years, the win-loss game record between these two rivals is 5-5 (2018-2022).

A newer rival of the Buffalo Bills, and the most prominent in recent years, are the Kansas City Chiefs. Originally known as the Dallas Texans, the team relocated to Kansas City in 1963 and became the KC Chiefs. The rivalry between Buffalo and Kansas is a recent one, with the teams only having played against each other 53 times (six of those games were as the Dallas Texans).

Unlike their other rivalries, the one that the Bills share with the Chiefs does not stem from a history of competitive play and animosity. Instead, it comes from just the last few years of NFL play. The Josh-Allen-led Bills and the Patrick-Mahomes-carried Chiefs have been competing for divisional titles and playoff spots in some very close games since 2019. In 2021, the Chiefs even won a playoff game in overtime, halting a Bills squad that was predicted to make it all the way to the Super Bowl.

Who is the biggest rival of the Buffalo Bills?

The biggest rival of the Buffalo Bills is the Miami Dolphins. The teams have been trading blows since the early sixties, and this tension almost always leads to an exciting match that fans look forward to seeing play out every year. Though the Bills have dominated the rivalry for most of its sixty years, the Dolphins have posed more of a threat under certain leadership.

Pages Related to Who Are The Buffalo Bills' Biggest Rivals?