Who Are The Baltimore Ravens' Biggest Rivals? 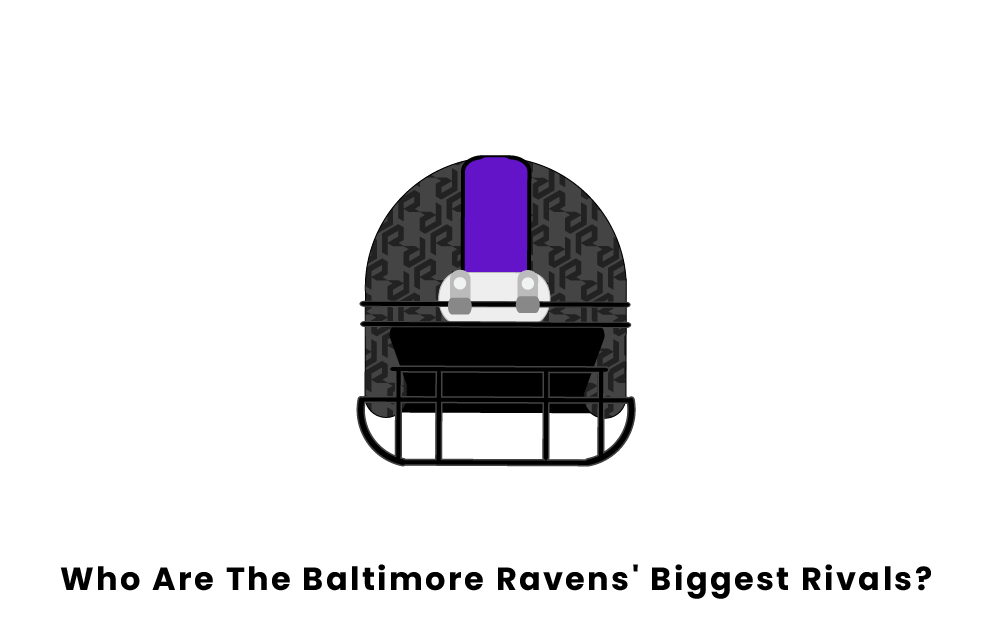 The Baltimore Ravens’ biggest rivals are the Pittsburgh Steelers, New England Patriots, and the Tennessee Titans. The Ravens are known as one of the most successful franchises in modern NFL history. Although they were established in 1996, the Ravens have made the playoffs 14 times. The Ravens have captured two Super Bowls in 2000 and 2012. Due to how competitive the Ravens are, they have accumulated many rivals throughout the years.

The Pittsburgh Steelers are the biggest rival of the Baltimore Ravens. The Steelers and Ravens rivalry is known as one of the biggest rivalries in the NFL. The two teams have played a total of 58 times as of 2022, and the Steelers are 33-25 in those meetings. The Ravens and Steelers both play in the AFC North, meaning they play twice per year. The Steelers controlled the rivalry in the 1990s and 2000s, but the Ravens finally broke through in the 2010s. The rivalry was the most exciting in 2009 when the Ravens and Steelers met in the AFC Championship. The Steelers would go on to win the game 23-14. In 2013, the two teams faced off on Thanksgiving. The Ravens would win the game 22-20, but that is not what it is remembered for. Infamously, Steelers coach, Mike Tomlin, was standing on the field, which interfered with Jacoby Jones’ kickoff return. Tomlin later apologized for the incident, calling it accidental. He was fined $100,00 for it. This brought the rivalry to new heights.

The New England Patriots are one of the Ravens’ main rivals. The Ravens and Patriots have faced off in the regular season just 16 times as of 2022. The Ravens are 5-11 in those meetings. Despite this, the Ravens are 2-2 against the Patriots in the playoffs. The rivalry started in 2009 when the Ravens defeated the Pats 33-14 in the AFC Wild Card round. This marked the first time the Ravens had ever beaten the Patriots. The two teams also faced off in the 2011 AFC Championship, which was one of the most thrilling playoff games of the 2010s. The Patriots won the game 23-20 after Ravens kicker Billy Cundiff missed a game-tying 23-yard field goal. En route to the Ravens’ second Super Bowl in 2012, they faced the Patriots in the AFC Championship again, defeating them 28-13.

The Tennessee Titans are one of the Ravens’ main rivals. The Ravens and Titans rivalry is one of the most exciting modern rivalries right now in the NFL. The Ravens are 13-13 all-time against the Titans as of 2022. The two teams have also faced off five times in the playoffs, with the Ravens winning three of those meetings. The rivalry started back in 2006 when Titans legendary quarterback Steve McNair was traded to the Baltimore Ravens following a contract dispute. In 2020, the top-seeded Ravens faced the wild card-winning Titans in the divisional round of the playoffs. Despite being major underdogs in the game, the Titans defeated the Ravens 28-12. The next season, the two teams faced off again in the playoffs. Following multiple scuffles on the field and smack talk throughout the game, the Ravens would get their revenge, defeating the Titans 20-13. After securing the game-winning interception, the Ravens’ defense ran to the Titans logo in the middle of the field and stomped on it.

Who is the biggest rival of the Baltimore Ravens?

The Baltimore Ravens’ biggest rival is the Pittsburgh Steelers. This rivalry started mainly because the two teams play in the same division and have battled for the division title for the last 20+ seasons. The two teams have faced off in the playoffs four times, with the Steelers winning three out of four of the matchups.

Pages Related to Who Are The Baltimore Ravens' Biggest Rivals?