Who Are The Atlanta Falcons' Biggest Rivals? 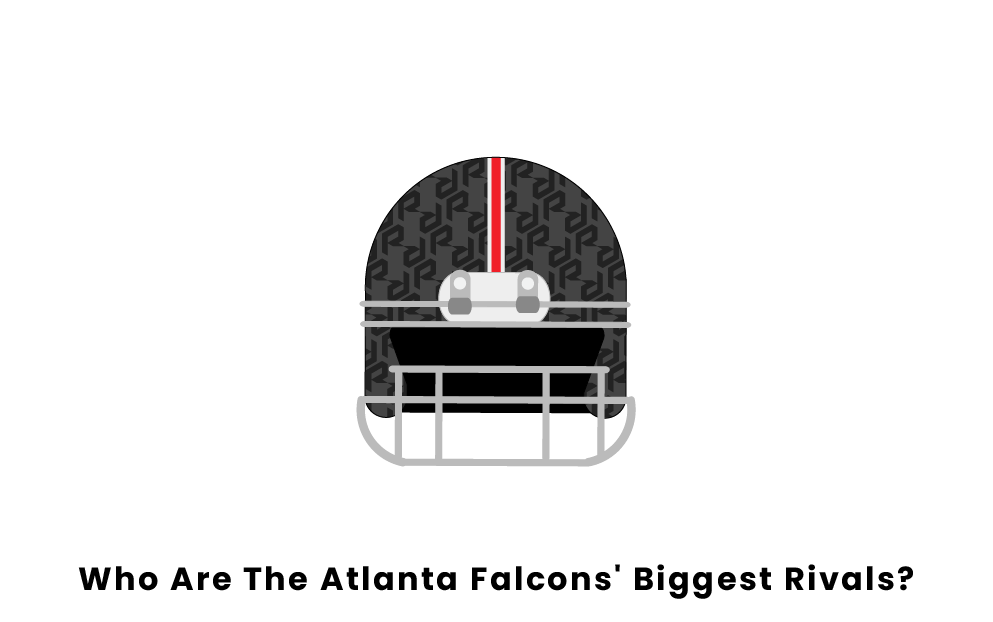 The Atlanta Falcons’ biggest rivals are the New Orleans Saints, Philadelphia Eagles, Carolina Panthers, and Tampa Bay Buccaneers. The Falcons entered the NFL in 1966, and have made the playoffs 14 times since then. Although they have never won a Super Bowl, the Falcons have developed intense rivalries with their NFC South divisional opponents (Saints, Panthers, and Buccaneers), as well as with the Eagles of the NFC East.

The rivalry between the Falcons and the Saints is one of the most notorious in the NFL today. The two teams first played one another in 1967, and since 1970 they have met twice per season. With the two teams playing each other so frequently, it is no surprise that a heated rivalry has developed. On top of that, the cities of Atlanta and New Orleans are both located in the Deep South, a region in America which is well-known for its residents’ fanatical devotion to football.

The 1978 season was a turning point in the formation of the rivalry. The Falcons defeated the Saints twice that year, with both wins coming after last-second desperation touchdowns for Atlanta.

Another important moment in the rivalry came in 2006, when the Falcons traveled to New Orleans for the first football game in that city since Hurricane Katrina. After the Saints’ Steve Gleason blocked an Atlanta punt early in the game, the Saints rolled to a 23-3 victory.

The rivalry between the Falcons and Eagles was first created in 1966. Although the two teams are not in the same division, they have a long history of heated battles in the regular season and playoffs. This rivalry first gained traction in 1978 when the teams faced off in the Wild Card round of the playoffs, a game that the Falcons won 14-13 after trailing 13-0.

After that, the rivalry subsided a bit until the early 2000s, when Michael Vick of Atlanta and Donovan McNabb of Philadelphia were two of the NFL’s top young quarterbacks. The presence of both young star quarterbacks meant that these were high-skill, exciting games for fans.  During this era, there were several exciting battles, including a 2005 game where the teams got into an on-field altercation before the opening kickoff.

A more recent rivalry, the Falcons first faced the Panthers in 1995 (the Panthers’ first year of existence). This first meeting resulted in a 23-20 overtime win for the Falcons, and ever since then, this NFC South rivalry has been highly heated.

This rivalry became particularly nasty in the early 2010s, with several altercations between the two teams. After a 2012 game, Falcons’ quarterback Matt Ryan yelled at the Panthers’ players (using expletives) to “get off my field.” During a game in November 2014, a brawl between the teams resulted in fines being levied against five different players. During this era, both teams were some of the best league-wide, meaning that their rivalry games were high-skill affairs as well as highly physical.

The Falcons and Buccaneers first played each other in 1977. Since they were not in the same division until 2003, this was not a major rivalry until the 21st century. Since the teams joined the NFC South, however, the Buccaneers have become one of Atlanta’s most hated opponents.

While physicality and aggression are natural parts of football, the Atlanta-Tampa Bay rivalry has brought out some of the nastiest play in the history of the NFL in recent years. In 2003, the first year of the new NFC South, multiple unnecessary roughness penalties were handed out in an incredibly physical game between the two teams. Then, in 2005, there were two eye-poking incidents in the same game. This type of dirty play has lessened in recent years, but the rivalry still persists.

Who is the biggest rival of the Atlanta Falcons?

The biggest rival of the Atlanta Falcons is the New Orleans Saints. The Falcons have faced the Saints 107 times since they first met in 1967. The fact that both teams are located in the Deep South of America, where football is incredibly popular, makes this one of the most exciting rivalries in the NFL.

Pages Related to Who Are The Atlanta Falcons' Biggest Rivals?