What Is The Highest Score Ever In An NFL Game? 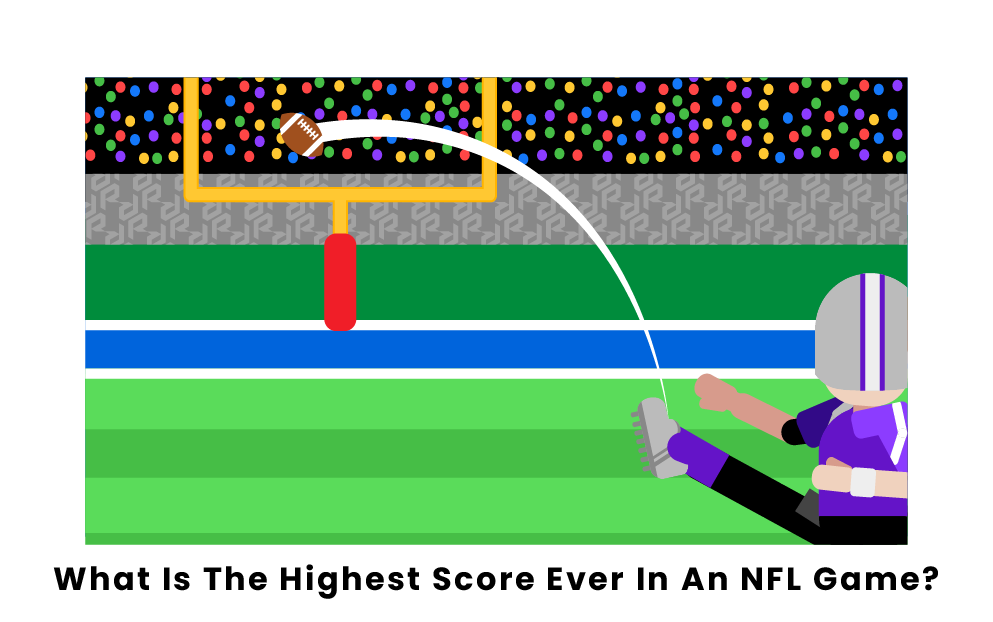 The practice of examining scores in football is affectionately known as scorigami by those who devote time to finding the most exceptional results in NFL history. While the most common score of an NFL game is 37 total points, there are many instances where that figure is blown out of the water. The only thing limiting the score of a game is time, and that begs the question: What's the highest score ever achieved in an NFL game? Keep reading to find out!

What Is The Highest Score Ever Recorded In An NFL Game?

The highest combined score ever recorded in a single NFL game is 113 points. This score and record were established in 1966 when the Washington Redskins played against the New York Giants. The final score ended 72-41 in favor of Washington. Throughout the game, Washington's offense was incredibly efficient with their rushes and passing plays, completing 10 touchdowns in four quarters.

While the Giants may have lost the game, they still responded to the offensive pressure maintained by Washington by putting 41 points on the scoreboard. The offensive pace of the game resulted in a record-setting score that has not been topped in the 56 years since. The 72 points that Washington scored was also the second most points scored by an NFL team in a single game.

What Is The Highest Score In An NFL Game That Went Into Overtime?

The highest score of an NFL game that went into overtime is 99 total points. This score occurred in a 1983 game between the Seattle Seahawks and the Kansas City Chiefs. Before the game ended with a 42-yard field goal from Seattle kicker Norm Johnson, both teams were tied at 48-48, making the regular game score 96 total points.

There were a total of 13 touchdowns and three field goals scored between the two teams, with the Chiefs having one more touchdown than Seattle. However, because of three successful field goal attempts from the Seahawks and several missed extra point opportunities by the Chiefs, the game moved into overtime just minutes before the end of the fourth quarter. While not even in the top three of highest-scoring regular-time NFL games, the 99-point mark is enough to establish this 1983 game as the highest-scoring NFL game to end in overtime.

What Is The Biggest Point Difference In An NFL Game?

The biggest point difference in an NFL game is 73 points. In 1940, the Chicago Bears defeated the Washington Redskins in an unheard-of 73-0 blowout during a championship game. This historic margin of victory is the single largest margin of victory ever recorded in both NFL history and NFL playoff history.

The 73 points scored by the Bears is also the record for the most points scored by an NFL team in a single game. During the course of the game, the Bears scored more than 20 points in both the first and third quarters and completed at least one touchdown in every quarter of the game. Out of the 11 total touchdowns scored by the Chicago Bears, three of them were completed immediately following a Washington pass was intercepted. The Kansas offense was entirely absent from the game, with three quarterbacks throwing seven total interceptions.

What Is The Highest Score Recorded In A Super Bowl?

The highest score recorded in a Super Bowl is 75 points. This score is derived from a 49-26 San Francisco 49ers win over the San Diego Chargers in 1995. Steve Young, the San Francisco quarterback who would be named Super Bowl MVP, completed six passing touchdowns and posted 325 passing yards during the game.

How Many NFL Games Have Had a Score Over 100 Points?

Pages Related to What Is The Highest Score Ever In An NFL Game?