What Is The Best Age To Start Football? 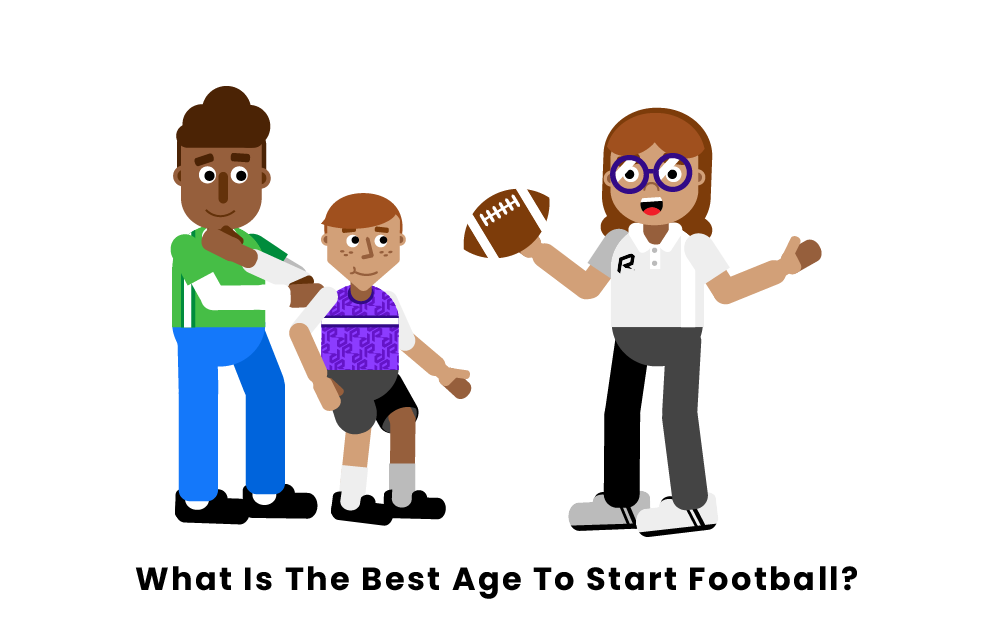 Football is currently a top 10 sport in the world in terms of popularity. In the United States, it is the most popular sport in the country. Thus, there are kids all across the globe, and especially in the US, starting football each year. The article below goes through aspects of starting the game at different ages.

Regardless of the age a child starts playing football, something important for parents to keep in mind is to not put too much pressure on their child when it comes to sports. Psychologists have done lots of studies on parent pressure in sports, and the results often show it leads to damaging physical and mental effects. Moreover, in recent years, parental pressure has gotten so bad that some kids have stopped playing sports because they feel they are under too much duress. All this is to say that if their child starts playing football, parents should remember there is an important balance between pushing them to improve and pressuring them too much.

At this age, kids should definitely not be playing tackle football. Most of the time, they are playing a modified version of the game called flag football, which often begins around age five for kids. Instead of tackling the player with the ball, kids have flags attached to their waists, and the defending team tries to rip the flag from the waist of the player who has the ball. While playing this game, kids can still learn some of the basics of football while at the same time avoiding nasty collisions that are caused when children try to tackle each other. This is especially true at this age, as kids often do not know how to tackle properly, which is where most injuries are caused.

It is in this age range where a lot of the debate about tackle football begins. While there are not really any leagues around for three to five-year-olds to play tackle football, approximately 5% of the children aged six and up in the United States play it. Despite this fact, around 50% of parents say they do not think kids should play tackle football, while 45% think it is acceptable. Most scientists and experts feel that children should not start playing tackle football until around age 13. In this age range, it is perfectly fine for children to continue to play flag football. They can continue to develop all of the other skills without having the tackling portion of the game. That being said, if a parent and child want to be involved in tackle football, they should just be aware of the potential effects tackling can cause at a young age.

Once kids reach this age, most experts agree that it is acceptable to begin playing tackle football. Nevertheless, not every kid may be ready for this, and it is advised that parents consult their pediatrician if their child is on the smaller side for their age. If a child does not feel comfortable playing tackle football or the parents do not feel comfortable with it, there are still plenty of flag football leagues for kids to have fun in at this age. If kids are playing tackle football, it is extremely important they are taught the proper tackling technique. As was previously mentioned, lots of studies show that most injuries caused by tackling arise from improper form, not necessarily the tackling itself.

If a child wants to play football in college, they should definitely start playing some version of the game, such as flag football, at an early age. While they certainly do not need to play tackle football too early, they can still develop their skills early on. Additionally, kids need to be dedicated to getting physically stronger and faster all the time if they want to play at the next level. Perhaps more so than in other sports, athleticism is extremely important in determining who the best football players are. Kids who dedicate themselves to the weight room and improving their speed have the best chance of making it. Only about 6.5% of high school football players go on to play in college, so kids really have to work hard if they want to beat the odds.

If a child wants to play professional football, everything that was said above in regards to college football is even more true. They need to begin refining their skills at an early age, be dedicated to the game, and be serious about constantly improving their athleticism. In order to be eligible to be drafted by the National Football League (NFL), players must be three years out of high school. Thus, players must go to college and spend three years there before being eligible. This means that while a child may not look like an NFL player when they first get to college, they have three years to improve in order to possibly make it to the pros. Only about 1.2% of college football players go on to play in the NFL, so only those who work the hardest and have the most talent will make it to the highest level.

As has already been mentioned several times, there are many reasonable safety concerns parents have about the game of football. The best advice that can be given is to wait for the child to be fully ready physically before starting tackle football. Additionally, parents must be sure that their kids have the proper safety equipment. An important piece of equipment is proper shoulder pads, as seen above. Shoulder pads, when worn properly, will usually protect kids from hard falls and hard collisions. While these are usually provided by leagues and teams, parents can still check to make sure they are up to standard before allowing their child to play.

How do I get my kid started with Football?

The best thing to do to get your child started with football is to do some research and see when and where the local football league or camp plays in your area. These leagues and camps often have postings online where parents can go and sign their children up to join. Additionally, you can play catch with a football on your own time in the backyard with your kid in order to introduce them to the game.

How old should my child be to play Football?

As mentioned above, kids can usually start playing flag football around the age of five or six. As far as tackle football goes, you should wait until your child is around the age of 12 or 13 and be sure that they are physically ready for the game. If they are not physically ready, it is perfectly acceptable for them to continue with flag football until they are fully ready for the rigors of tackle football.

Can I teach my child Football?

If you have an understanding of how the game of football works or have played the game at some level, you should be able to teach your child the basics of the game. One important thing that you can teach, if you are able to, is proper tackling technique–once your child is old enough, of course. This could help prevent your child from any potential injury sustained through improper technique. You can also watch NFL or college football games with your child, as watching the best at the sport can be a great way for young players to learn the game.

How do I pick a Football coach for my child?

Sometimes, parents will not have much of a say in their child’s coach. Leagues will often have the coaches pick the teams after seeing all of the players at tryouts of some kind, so kids are often simply placed on a team. If you do have the ability to choose your kid’s coach, some important characteristics to look for are lots of energy, the ability to be organized, and staying positive. These traits often lead to kids both getting better at football and having fun.

Pages Related to What Is The Best Age To Start Football?