What Is An Edge Rusher In Football? 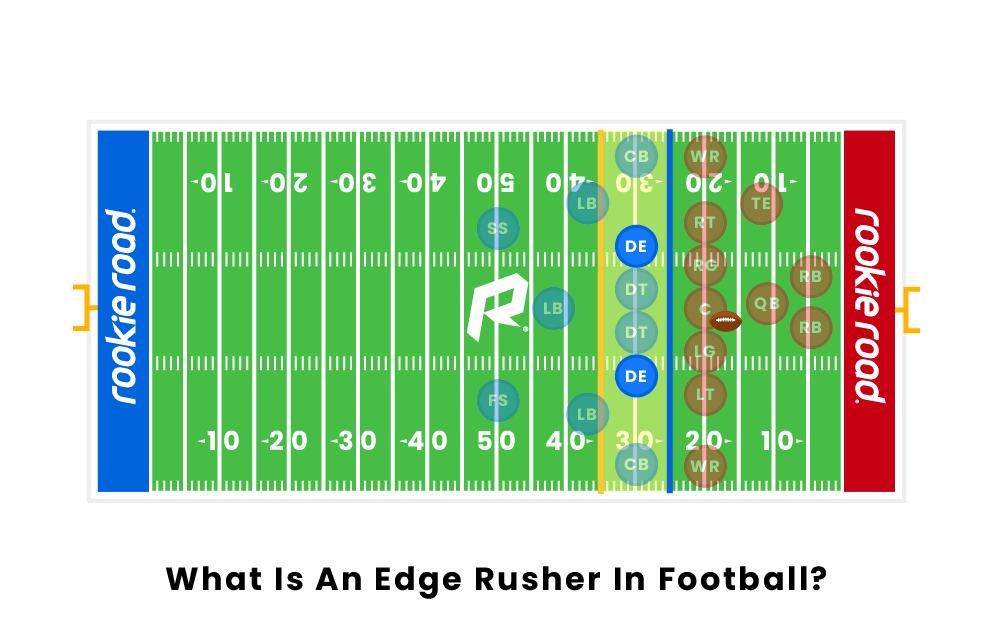 In football, the edge rusher is one of the key players on the defense. They have multiple roles, which, if done correctly, can be instrumental to winning football games. This is also why edge rushers are some of the most famous names in the entire sport and why they can command some of the highest salaries. Without strong edge rushers, it’s hard for any football team to win consistently.

Where Does the Edge Rusher Play?

The edge rusher is a position on defense that lines up on the front line opposite the offensive linemen. The edge rusher, like the name suggests, lines up on the edge of that defensive front. Oftentimes, an edge rusher does not get down in a three-point stance (a crouching stance with one hand on the ground) but instead stands up in a two point stance with their knees bent. This gives them added agility and a faster jump once the ball is snapped.

Perhaps the most important role for an edge rusher is to contain the player with the ball to the center of the field. This is especially important in rushing plays. If the runner carrying the ball makes it around the corner (outside the edge rusher), it can open up a massive amount of open field, leading to more yards for the offense. In general, the middle of the field on any given play is more chaotic, so containing the rusher to that area increases the odds that that player will be tackled.

Of course, it would be best to actually tackle the ball carrier, but on running plays, the primary responsibility of an edge rusher is to contain the play to the middle of the field. In football’s current era, where there are lots of mobile quarterbacks (quarterbacks who are able to run the ball well), it’s important for edge rushers to keep quarterbacks in the pocket (the area where quarterbacks traditionally throw from, surrounded by their offensive linemen). If a mobile quarterback breaks containment, they can easily wreak havoc on a defense. 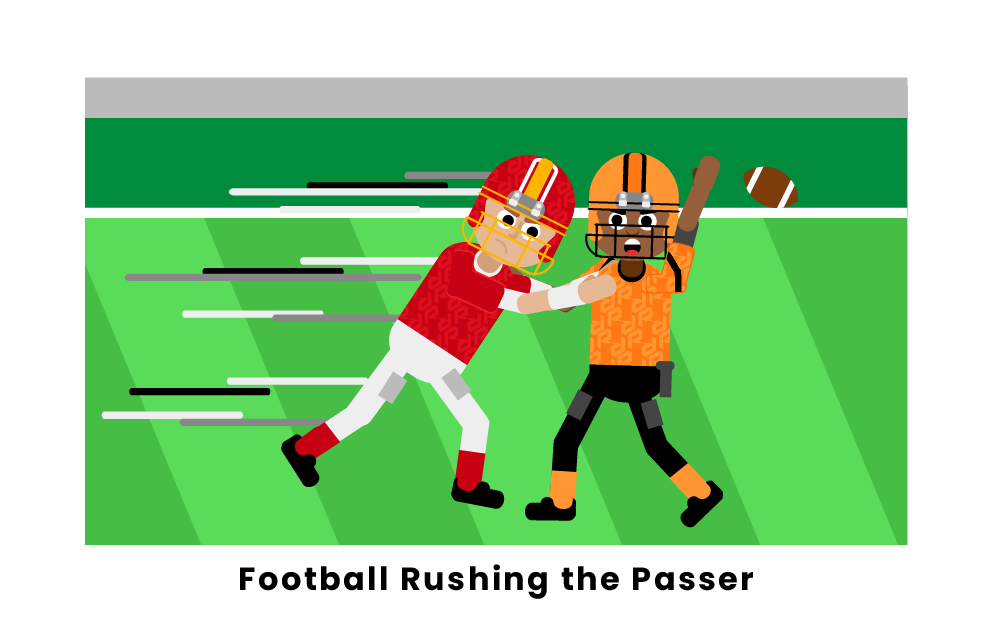 Considering how important quarterbacks are, defenses are always trying to sack them. In large part, the success of edge rushers is measured by how many sacks they rack up over the course of a season. This duty of theirs is probably what gets the most attention since, if done correctly, they can swing football games in dramatic ways. Some of the best edge rushers in the game can amass huge amounts of sacks over the course of a season. The record for the most sacks accomplished in a single season is 22.5, which was set by both T.J. Watt (2021) and Michael Strahan (2001).

Pages Related to What Is An Edge Rusher In Football?