What Does Rushing Mean In Football? 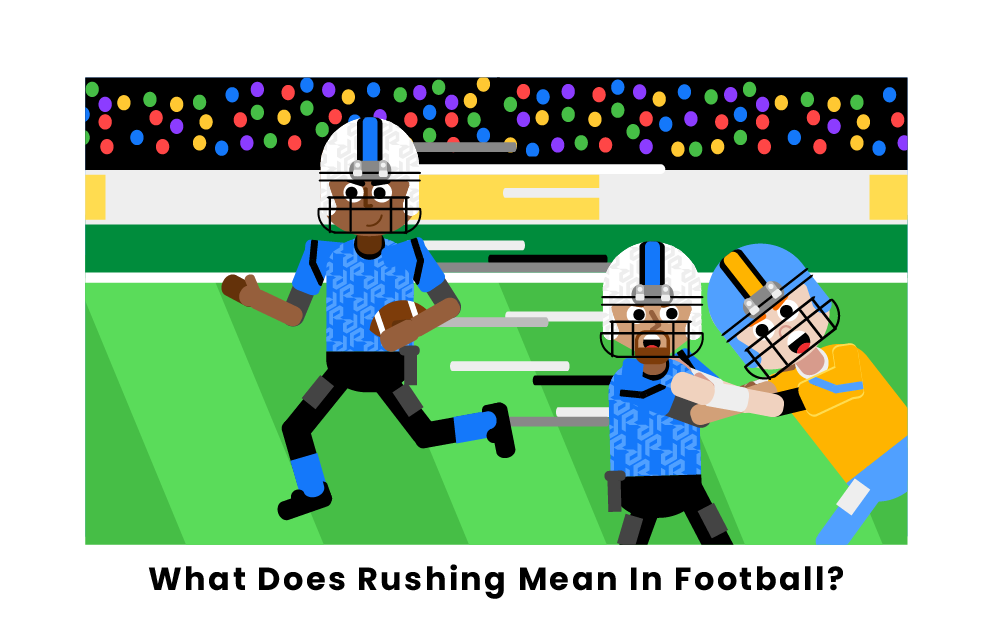 What is Rushing in Football?

When a football team attempts to run the ball, it is known as rushing the football. There are numerous ways to do this in the game. The most common way is for the quarterback to take the snap, turn around, and hand the ball off to a running back, the player who lines up behind or next to the quarterback. Thus, there is no throwing of the football to advance it; rather, the ball is simply advanced by running with it. While this is the most common way to rush, it is not the only way to run the ball.

Another way to run the ball is for a player who is lined up on the outside of the formation to start moving toward the quarterback before the snap and take a handoff from the quarterback while moving laterally. Oftentimes this player is a wide receiver taking the handoff, and the play is designed as a trick play of sorts. It is commonly known as a jet sweep.

Lastly, the quarterback can also rush the football. If they take the snap and first look to pass but do not see anyone open, they can take off and run with the ball. Quarterbacks in the NFL, such as Josh Allen and Lamar Jackson, do this quite often in today’s game. There are other ways to run the ball in football, but these three are some of the most common ones.

Is Rushing More Popular than Passing?

In the early days of football, running was always more popular than passing. This was a trend in the NFL that continued all the way into the late 1970s. In fact, 1980 was the first year in NFL history where the passing rate (percentage of plays that are passes) was higher than the running rate (percentage of plays that are runs). In that year, 51% of the plays were passes, and 49% were runs.

Since then, the passing rate has risen consistently for years, and by default, the running rate has consistently declined. In 2014, it was up to 59% pass and 41% run. This is due to the improved ability of quarterbacks at throwing the ball, as well as teams realizing that it is often easier to advance the ball down the field faster by passing than running. In recent seasons, the ratio has stabilized at around 55% passing plays and 45% rushing plays attempted in the NFL.

Who are the Best Rushers of All Time?

Below is a list of some of the greatest NFL running backs of all time, who are known for their ability to rush the football. They are listed in alphabetical order by last name.

Pages Related to What Does Rushing Mean In Football?